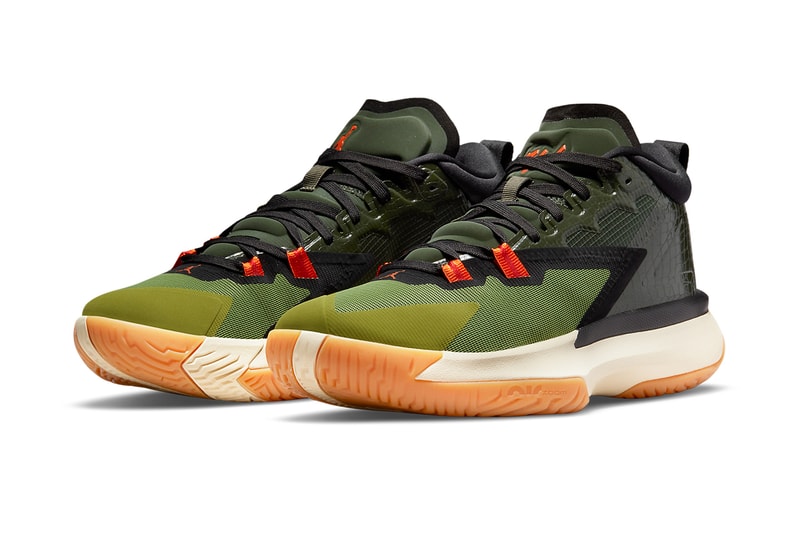 Despite only having two years of playing professional hoops, Zion Williamson has already proven to be one of the most dominant forces the league to ever step on the NBA hardwood. When he was coming into the league, Jordan Brand wasted no time in luring the high-flying baller into its family and it wasn't so long after that when it granted him his own signature shoe — the Jordan Zion 1. With the new season on the horizon, the Beaverton brand is supplying him with a fresh new colorway titled the Jordan Zion 1 "Bayou Boys."

Much like his Air Jordan 1 High Zoom CMFT and Air Jordan 35 PE, this variation adheres to a swampy palette. Various shades of olive green drop off on the toe boxes and the tongues while the heel overlays are designed with scaly overlays. Additionally, bright orange hits pop up on the forefoot's lace loops, the tongue logos and the "Zion" spell outs on the heels. Insoles are also playfully styled as the left side says "Let's" while the right side reads "Dance" which references his motto coming into the draft. Creamy midsoles and gum outsoles are placed down below to bring together its look.

Early reports have these dropping sometime in October — the month of the NBA's season opener — but Nike has yet to confirm this.