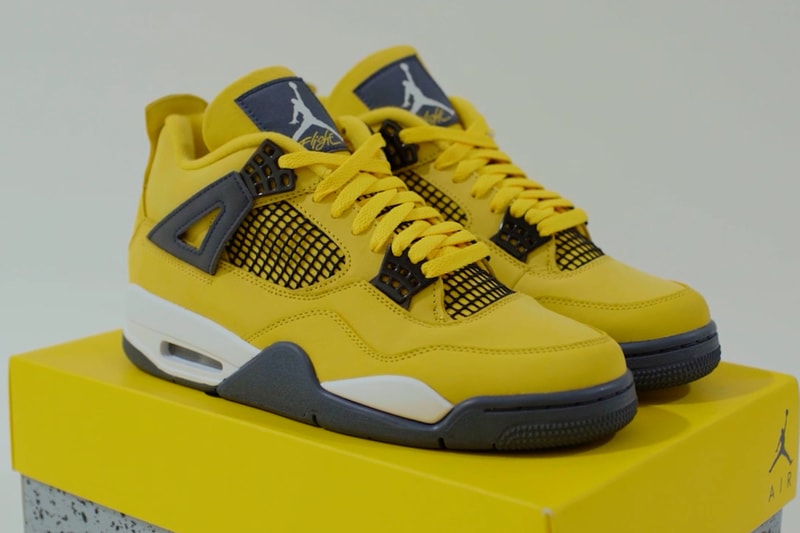 Released in late August, the Air Jordan 4 "Lightning" marks the return of a highly-coveted, racing-inspired colorway that debuted in 2006. After years of speculation for a re-release, the mustard-tinged AJ4 returns for its 15th anniversary. To help celebrate the occasion, HYPEBEAST got our hands on the kicks to unbox what's considered one of the most anticipated drops of the year.

Arriving in a coordinating box, the most distinguishing detail of the 2021 edition of the Air Jordan 4 "Lightning" is the “Tour Yellow” colorway that swathes the nubuck upper. As can be seen in the unboxing video, the vibrant tone is offset by hits of gray on the Air Jordan 4‘s signature midfoot wings, large tongue badge, midsole bumpers and outsole. Remaining true to the OG model, netting and eyestays come through in black while a white midsole draws attention to the Air unit. This combination of elements was inspired by the jackets worn by Michael Jordan's racing team in the early aughts, driving home the high octane style.

Take a closer look at the Air Jordan 4 "Lightning" sneakers in the Unboxing video above.