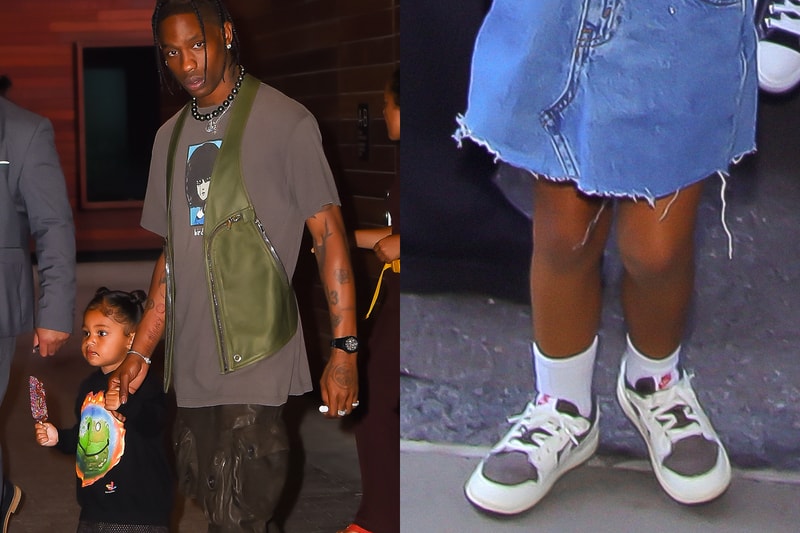 The latest unreleased take on Travis' beloved Air Jordan 1 design this time comes in a low cut kids size and expresses another reverse colorway. The base features a deep brown nubuck base accented by contrasting premium white overlays. While the design of the shoe is completed by "Nike" tongue tags, flipped midfoot Swooshes, off white midsoles and brown rubber outsoles.

It is currently unclear if the "Reverse Mocha" colorway will ever be released.

In case you missed it, the Air Jordan 1 High OG "Patent Bred" will release with special packaging.