It’s hard not to get giddy when familiar and fan-favorite colorways of Air Jordans appear on other silhouettes. But is it as celebrated if its on a model that’s not quite from the Air Jordan legacy? The Jordan Pro Strong, originally from 1998, is certainly not part of that timeline, but Jordan purists and fanatics still hold it in high regard for its place in the actual Jordan Brand history when MJ branched into his own standalone company. The Pro Strong was appointed to one of its more promising athletes in Vin Baker, who regularly wore the OG white/black/green colorway in his rotation.

As we see the Pro Strong strengthen its place in the retail scene today, we’ve seen a number of familiar colorways approach the high-top model – one that some consider as a cousin to the Air Jordan 13. Here it is again, with a simple pairing of white and greyish silver for that “Pure Money” outlook that has yet to fail on any Jumpman-branded sneaker release. With both flat and tumbled leather making up the entire upper, this nearly all-white sneaker surprisingly achieves contrast on a textural standpoint.

Expect these at Jordan retailers soon for $140. If you’re more interested on the Retro Jordan front, check out our Jordan 2021 Releases rundown. 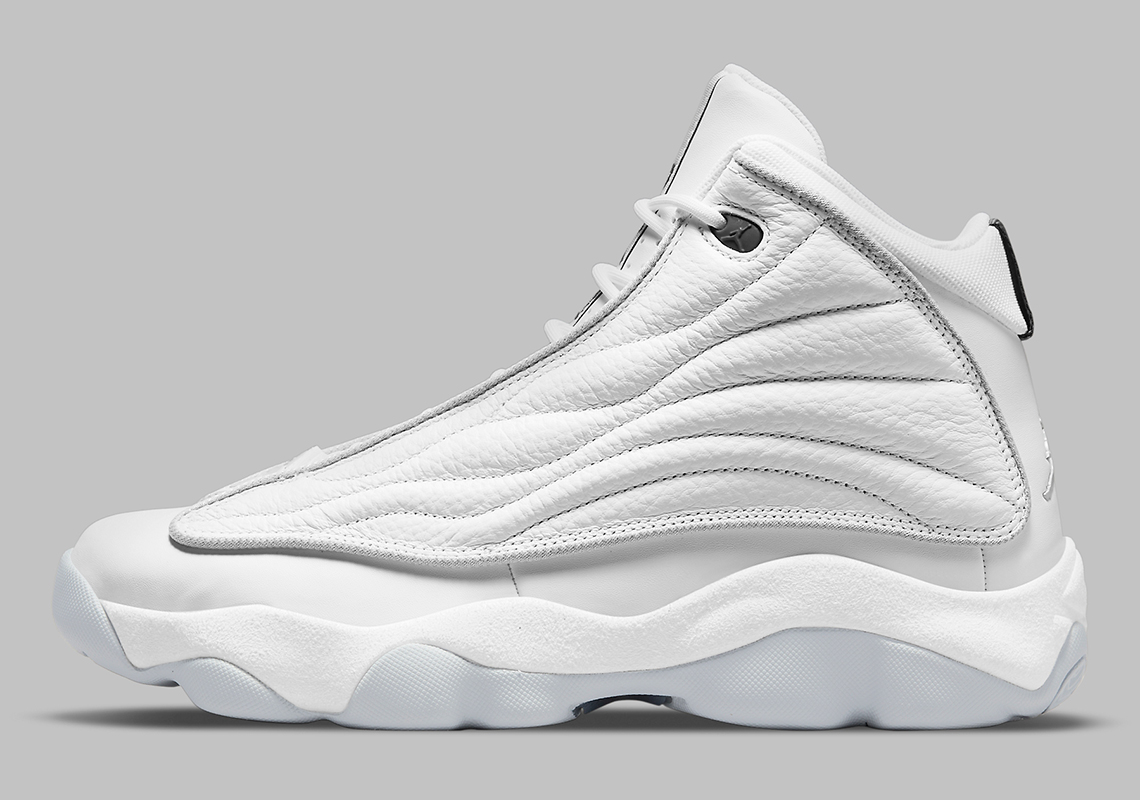 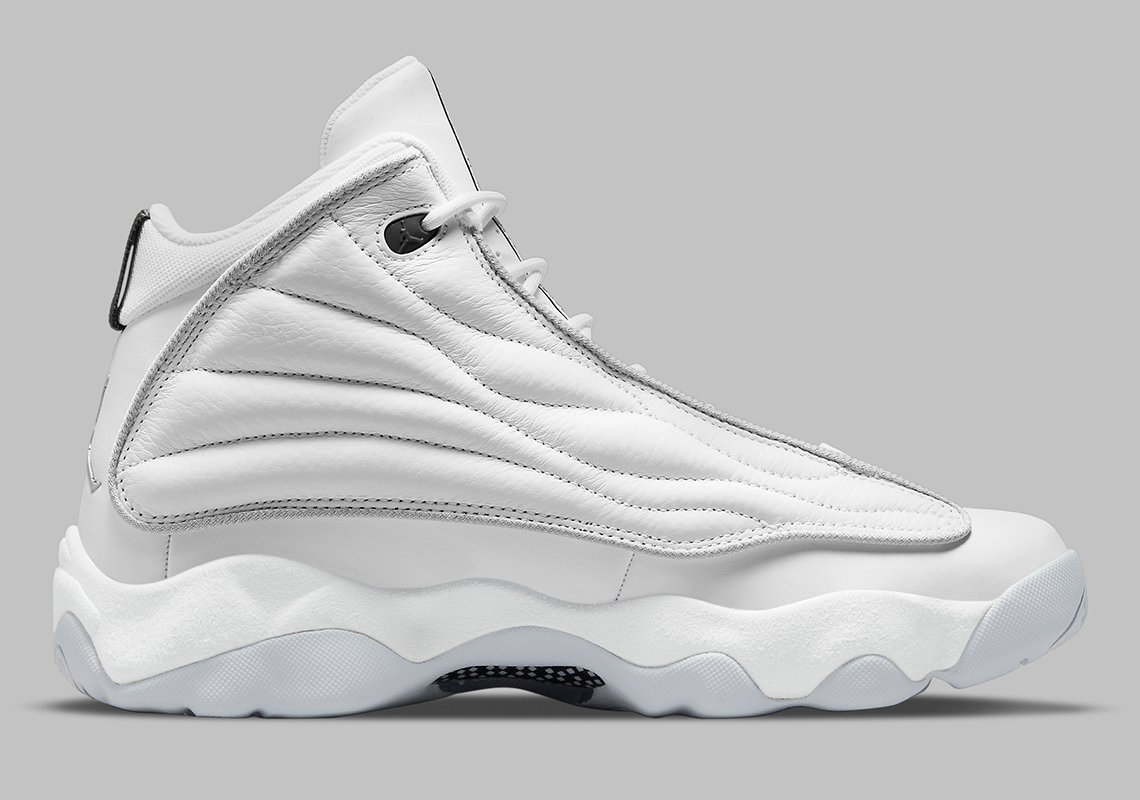 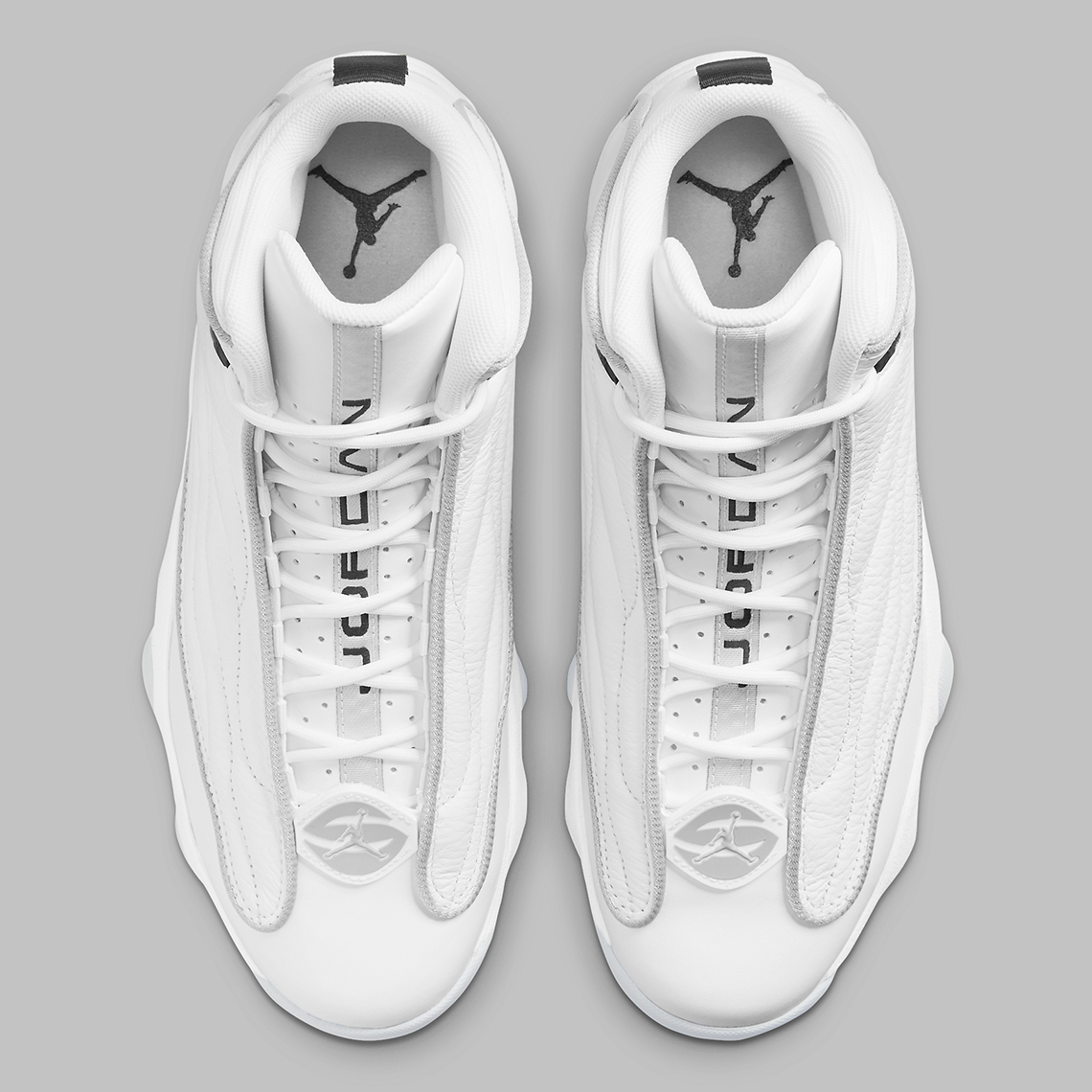 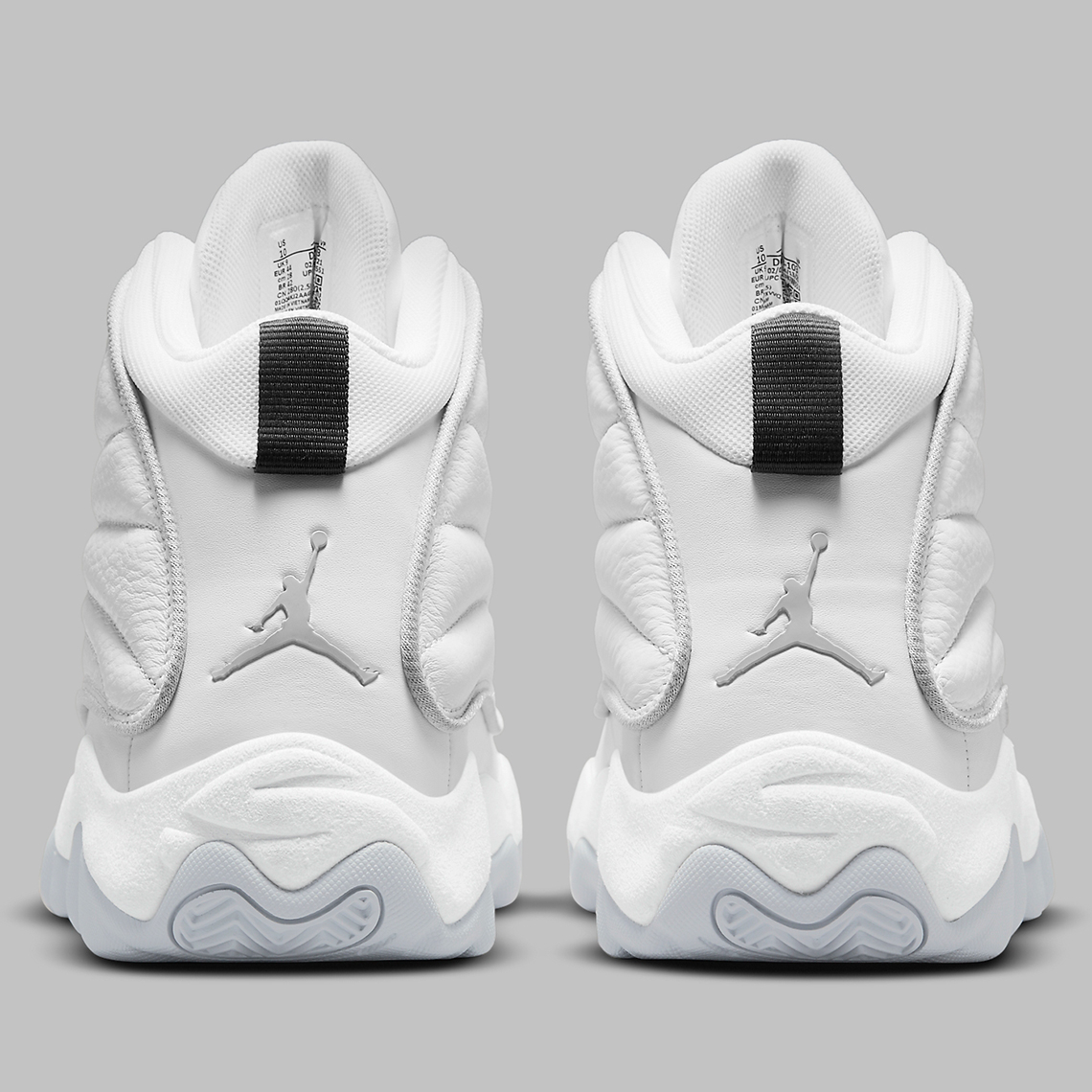 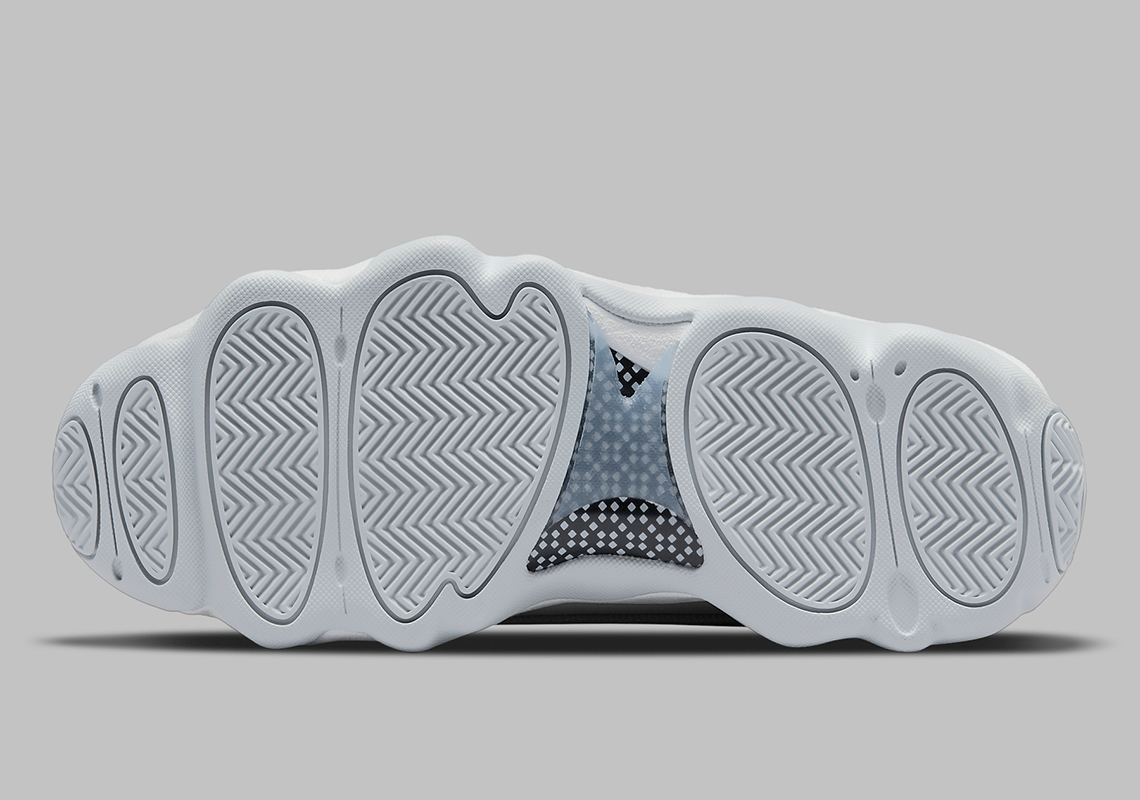 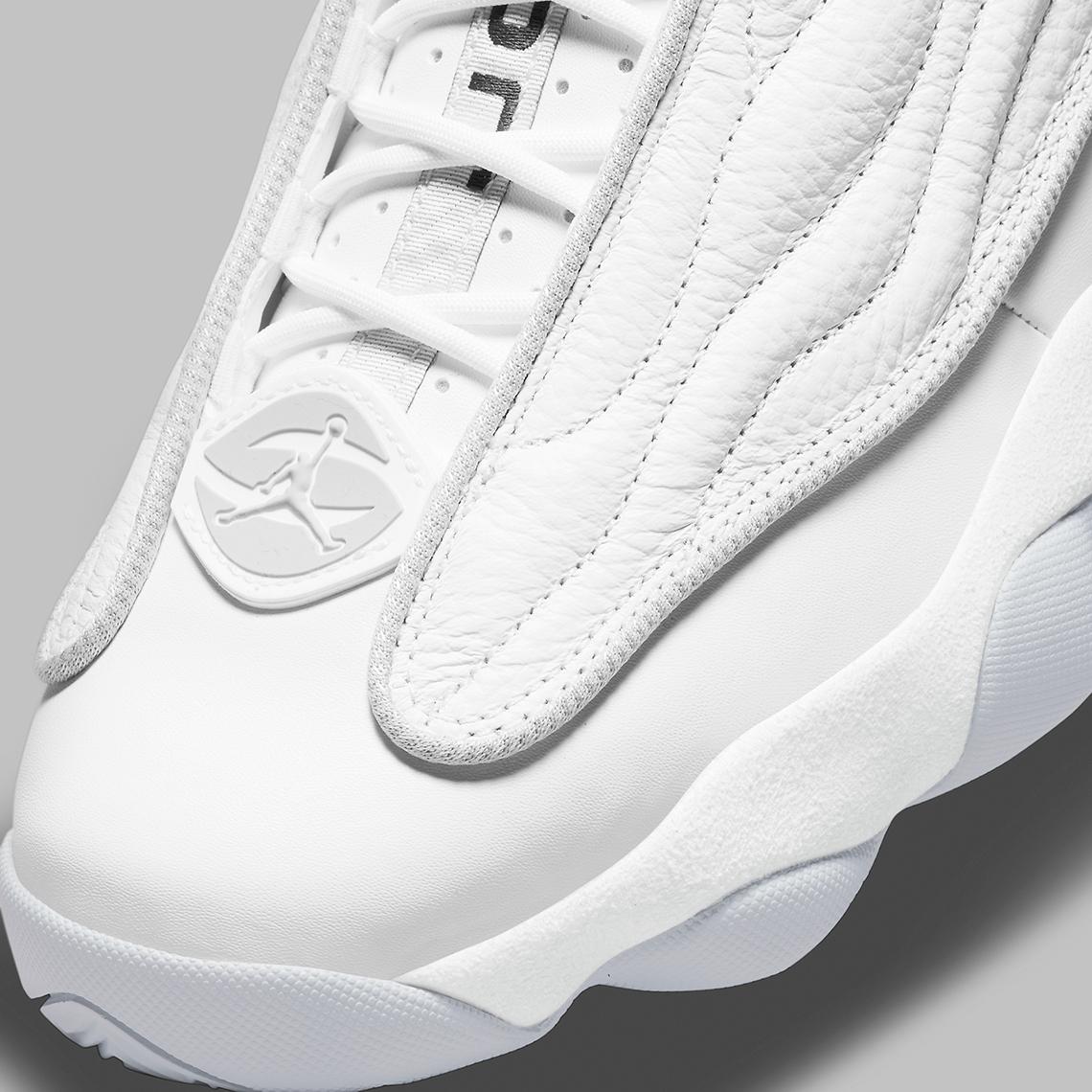 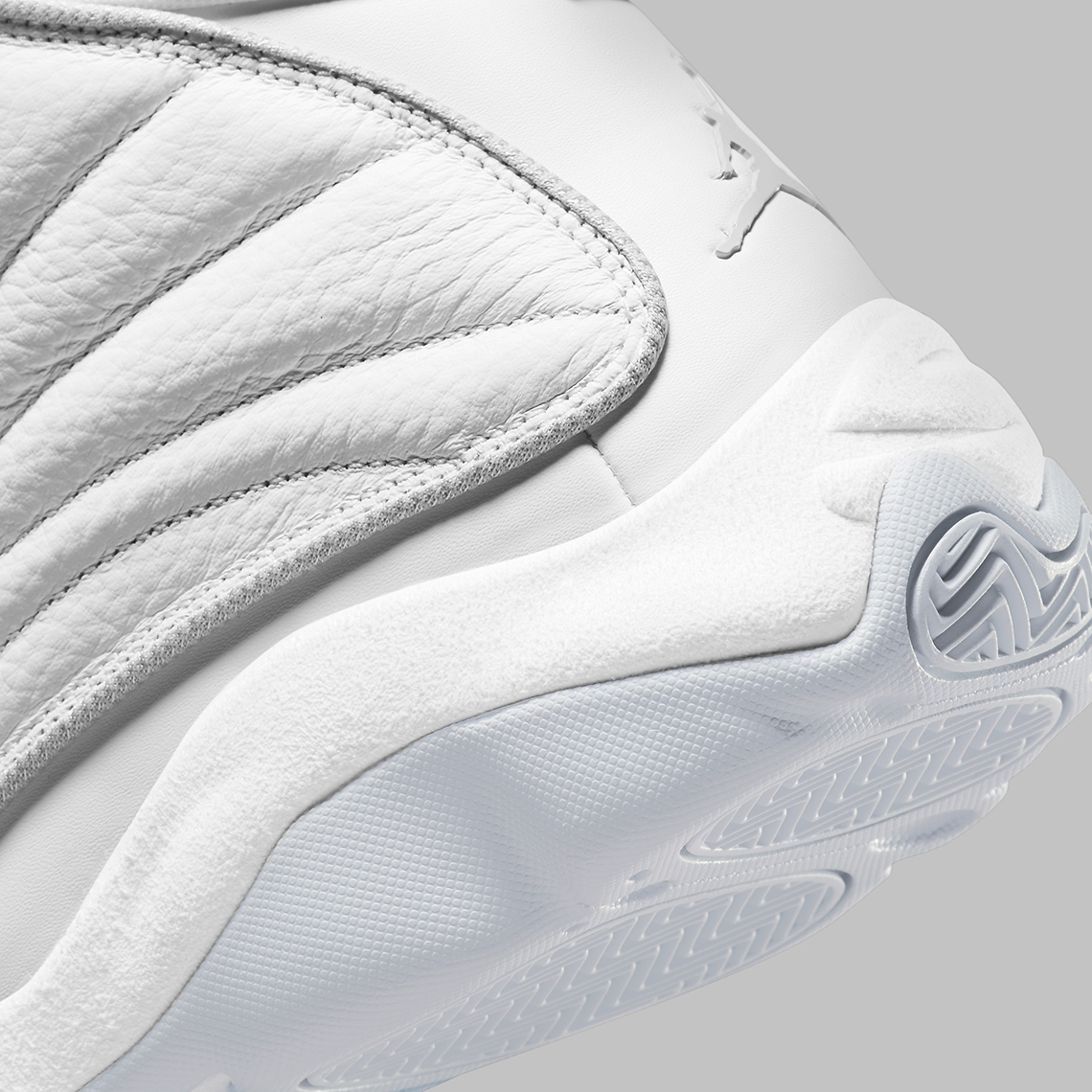