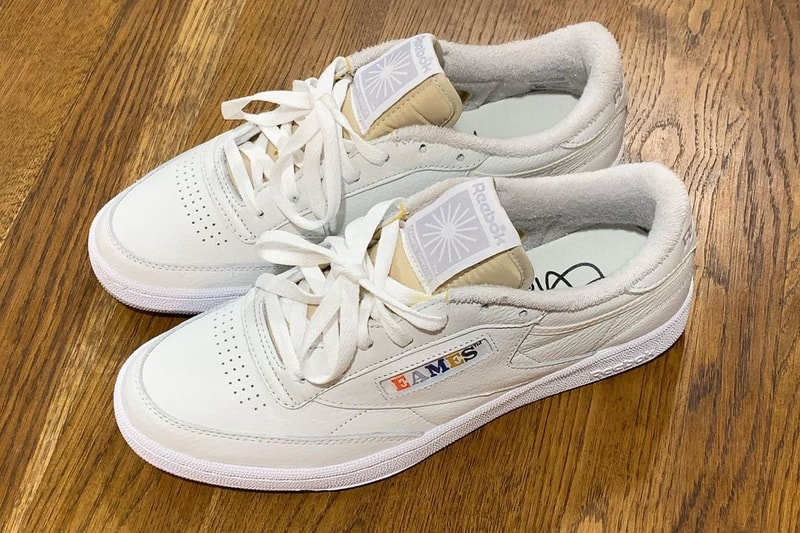 Centered around a driving principle of "the best for the least for the most," husband and wife duo Charles Eames and Ray Eames changed the world of design forever with their functional furniture, home goods and more. Now, Reebok is saluting the Eames' influence on design and lacing up Eames Office employees with a special Eames Club C that's inspired by the iconic Eames house — also known as Case Study House No. 8 — in Los Angeles' Pacific Palisades neighborhood.

Revealed by Reebok senior global product marketing manager Leo Gamboa, the Eames x Reebok Club C features a premium white tumbled leather upper with a multi-color Eames logo replacing the standard branded hit on the lateral quarter. Tongues are done up in tan for a JJJJound-esque contrast, with co-branded Eames Office and Reebok tongue badges adding a little more logo-ed flair. Even the insoles and laces get in on the action: the former features Charles and Ray's signatures, while the latter adds gray logos on its tips. The shoes are accompanied by a special dust bag and packaged in a box that shows the Eames house's facade in full color.

The Eames x Reebok Club C is a friends-and-family only pair for Eames employees, and will not see a retail release. However, you can check it out above.