The YEEZY DSRT BT Is Restocking in "Oil" and "Rock," Again 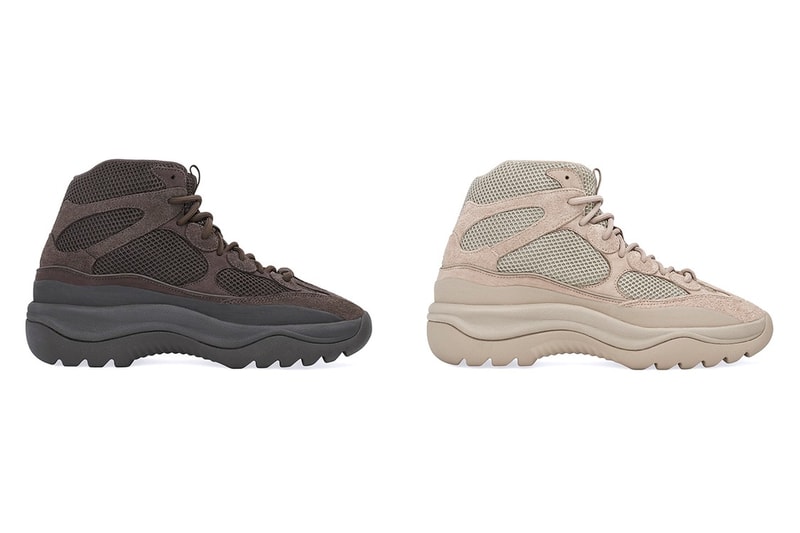 The YEEZY DSRT BT was first released way back in 2019, and since then it's only been restocked once back in April this year. Now, the Kanye West and adidas Originals-designed pair is back in the two core colorways, "Rock" and "Oil."

A now-familiar silhouette, the DSRT BT brings a style that's quintessential 'Ye, combining a streetwear aesthetic with utilitarian design cues harnessed by the fact it's a rather tactile, rough-and-ready-looking silhouette. This is helped by touches such as rope laces, the muted colorways, and the heavy use of mesh that underpins the boot.

Sitting atop the mesh base is a wavy selection of suede panels that give the DSRT BT its distinctive look, while a 3M trim on the tongue, a bulky rubber sole unit, a tongue loop, and a heavily padded interior round out the shoe.

As expected, the YEEZY DSRT BT in "Oil" and "Rock" will cost £170 GBP (or around $235 USD) and will drop on adidas' CONFIRMED app on September 13. Take a closer look at the pairs above.