Over the last two months, NIKE, Inc. has teased dozens of new styles of its Nike Air Force 1 in anticipate of the model’s 40th anniversary. And alongside high-profile collaborations and expansive in-line collections, Bruce Kilgore’s iconic design will undergo revolutionary changes like that proposed by the women’s PLT.AF.ORM iteration.

A cheeky way of referencing the model’s platform sole unit and “Air Force” (A.F.) name, the newly-surfaced pair builds upon the women’s-exclusive propositions that the Swoosh has been delivering over the last several years. At quick glance, the sneaker is unquestionably an Air Force 1, but closer inspection of the upper reveals some experimentation. Yet, the misplaced, double swooshes up-top are unquestionably overshadowed by the exaggerated midsole unit underfoot: chunky tooling makes a statement on its own, but begins to split from mid-foot to heel, literally and visually taking Kilgore’s made-for-basketball design to new heights.

Enjoy official images of the women’s model in an all-“White” colorway here below, and anticipate a Nike.com launch soon.

In related sneaker news, the Swoosh recently introduced the Nike Waffle Debut to its lineup. 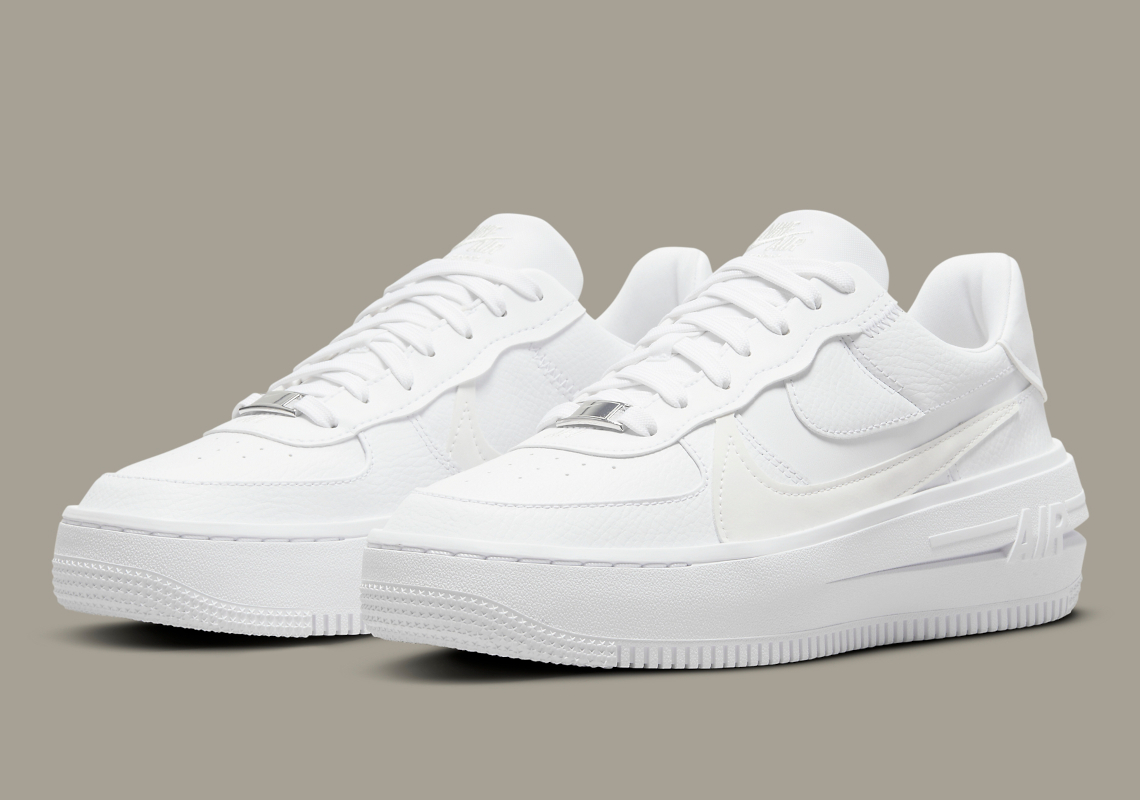 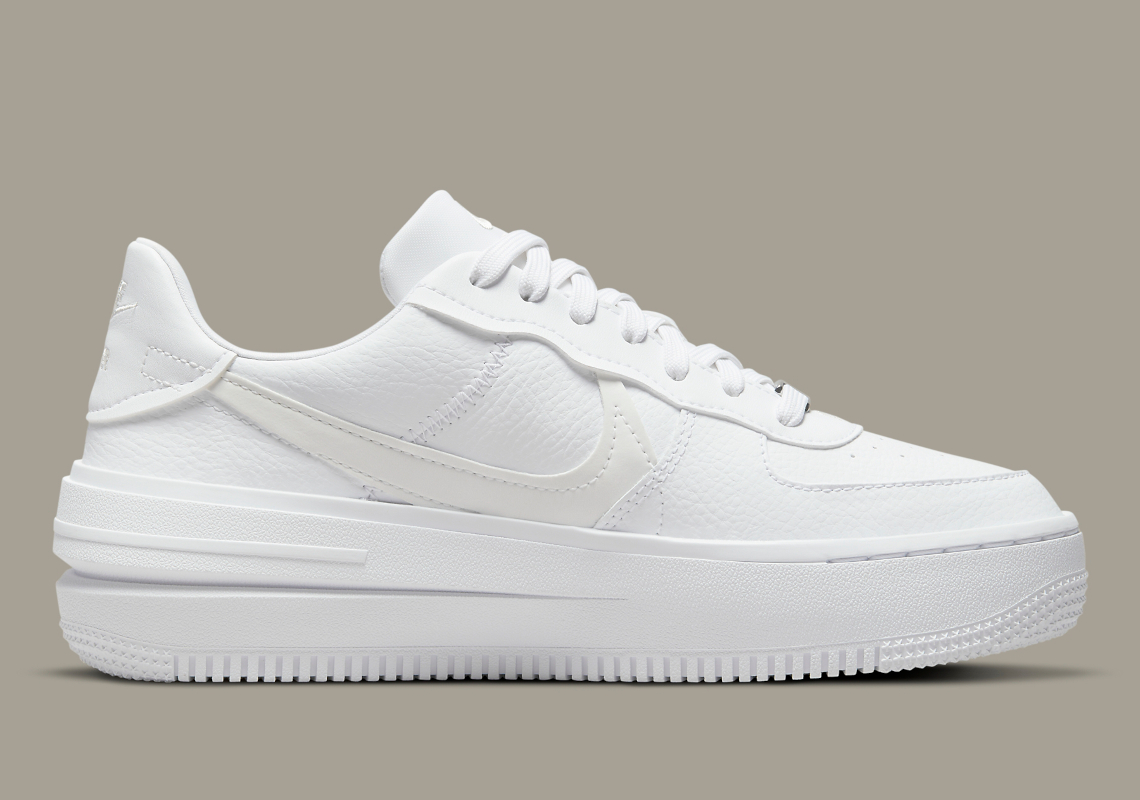 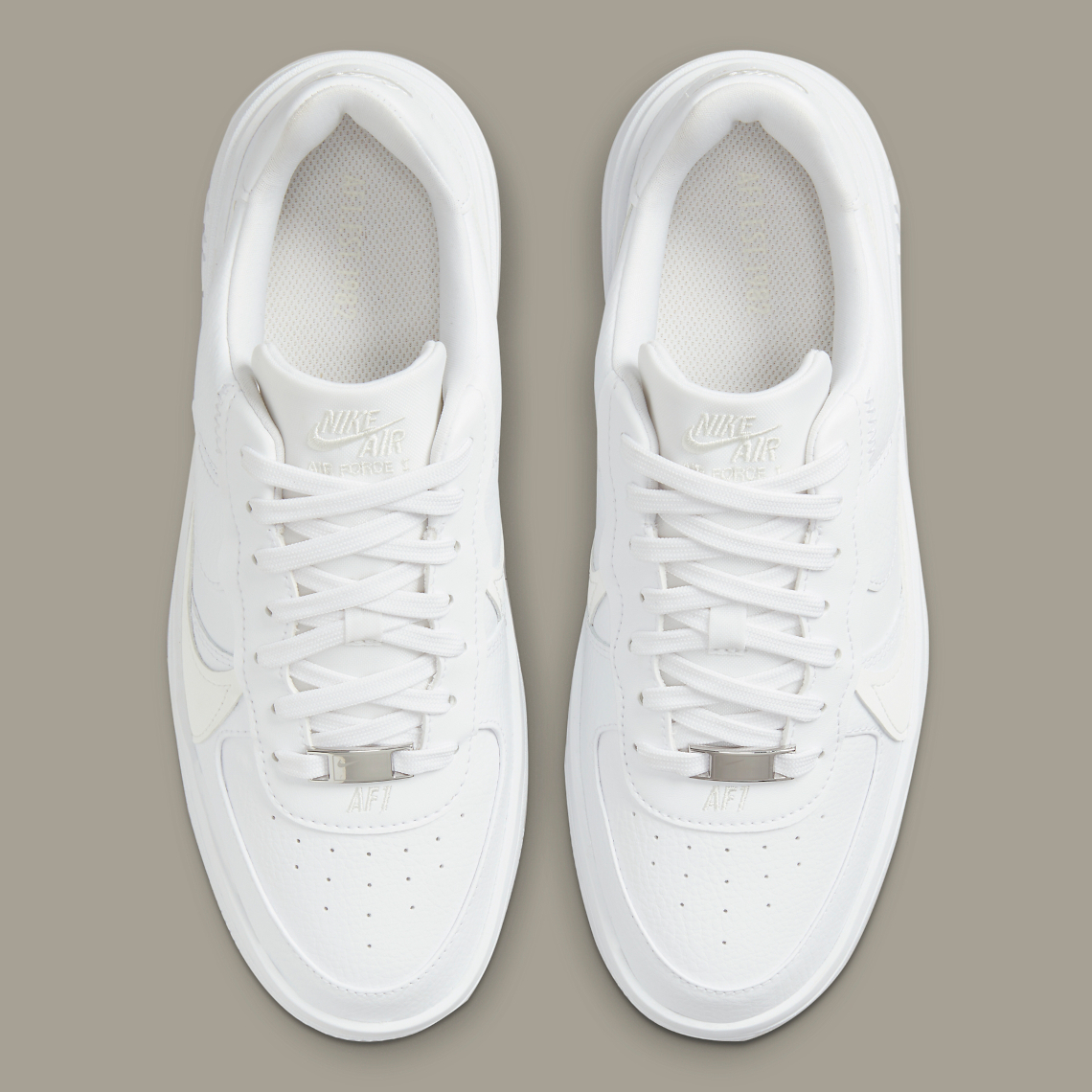 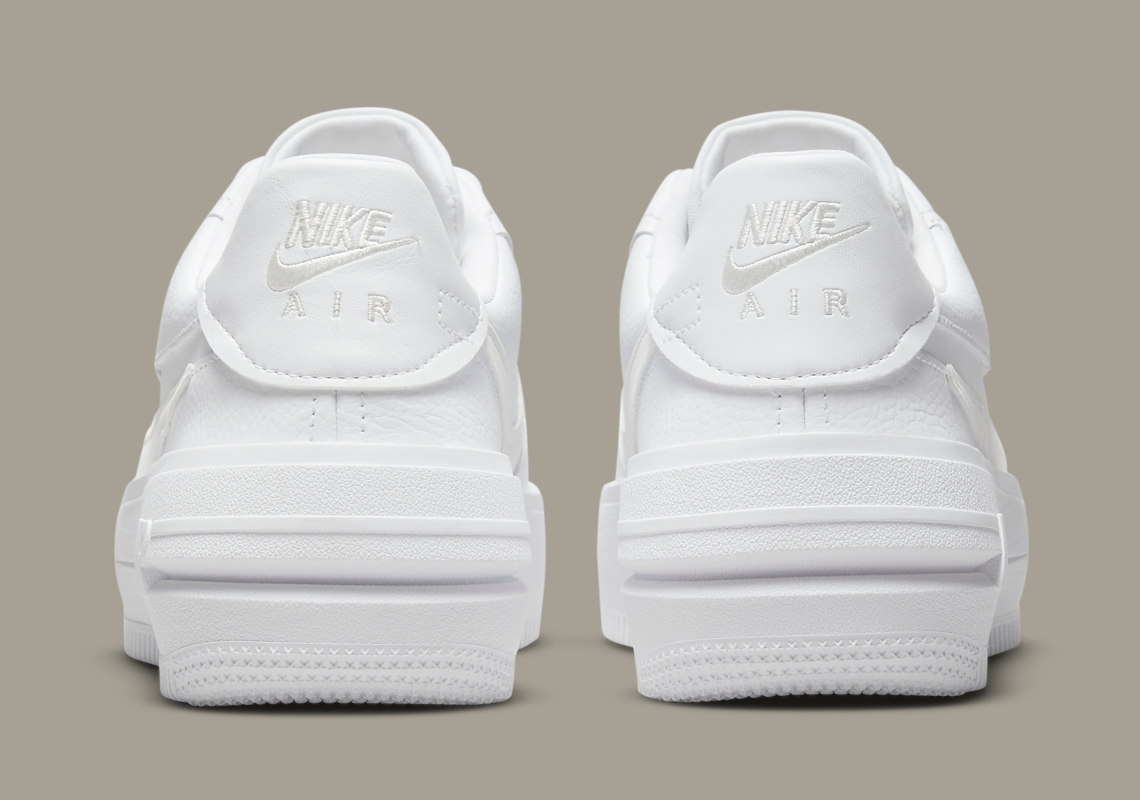 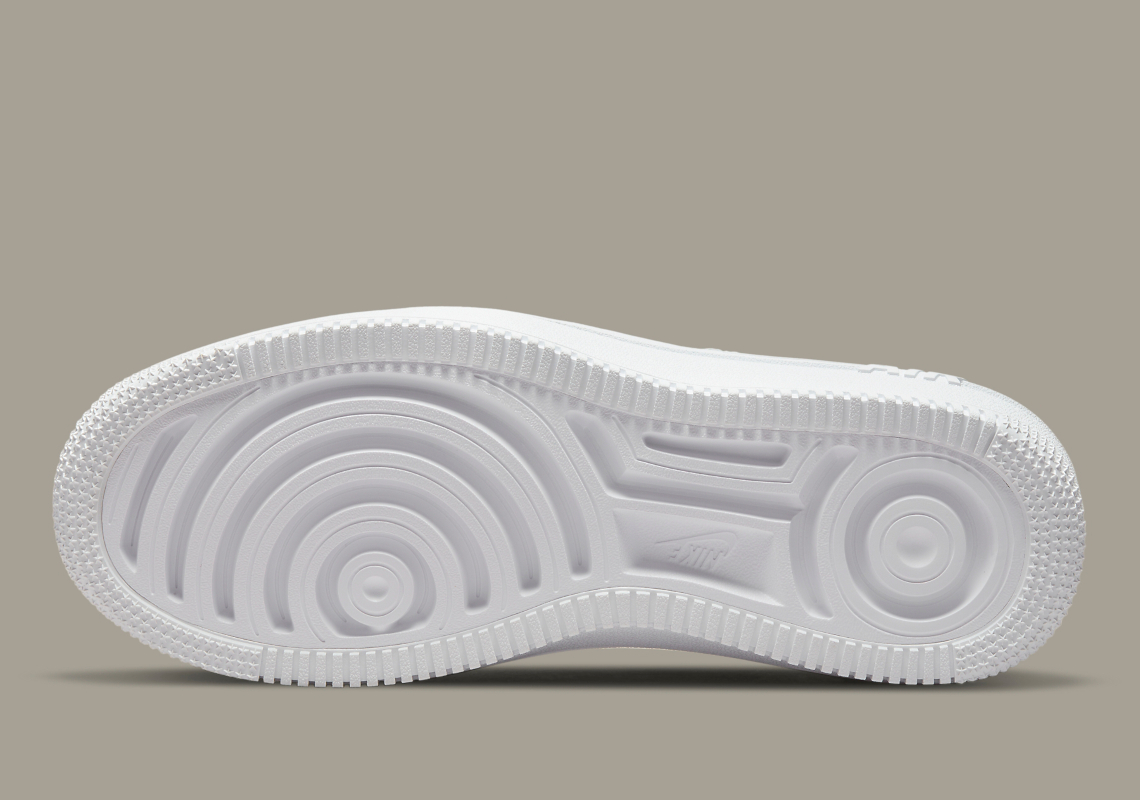 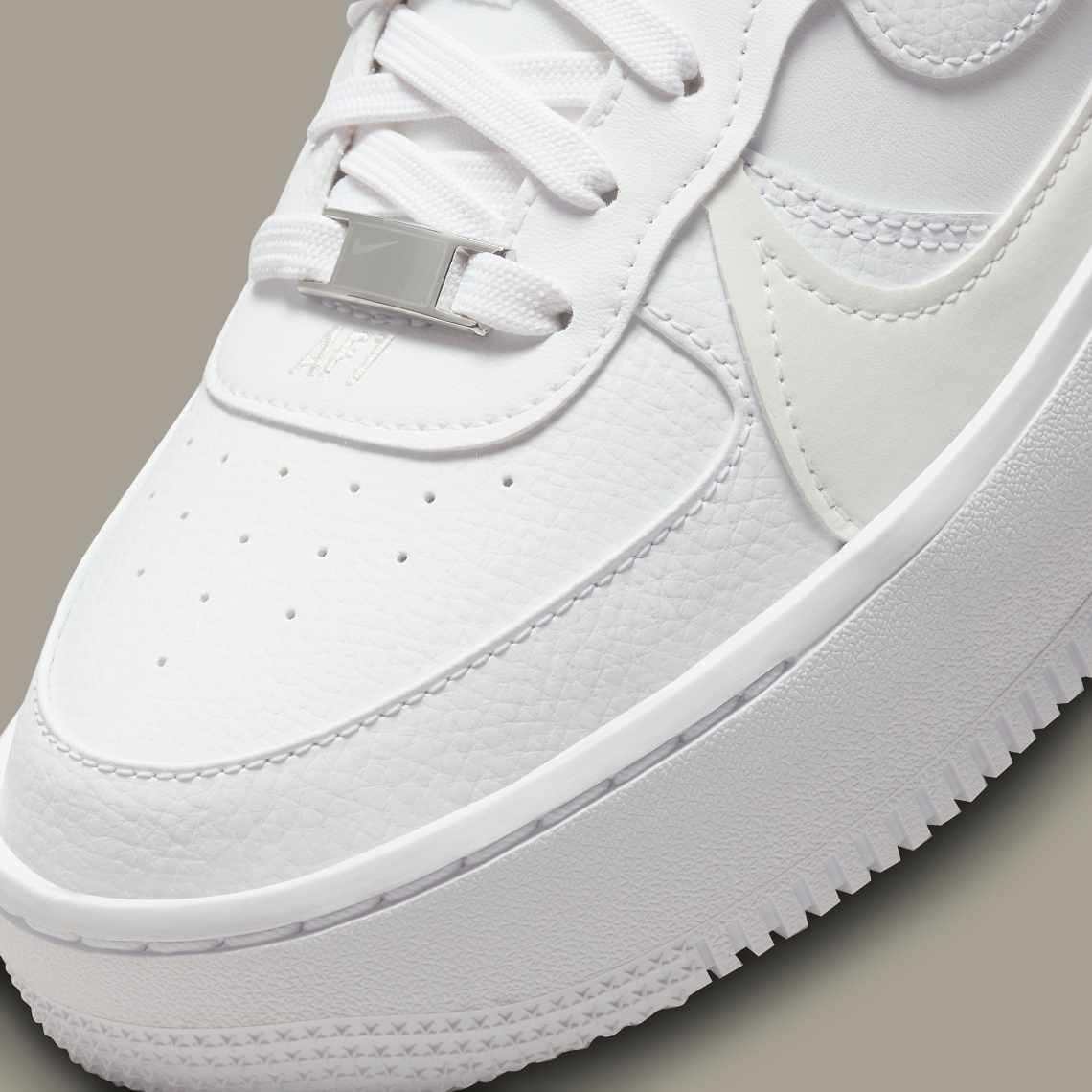 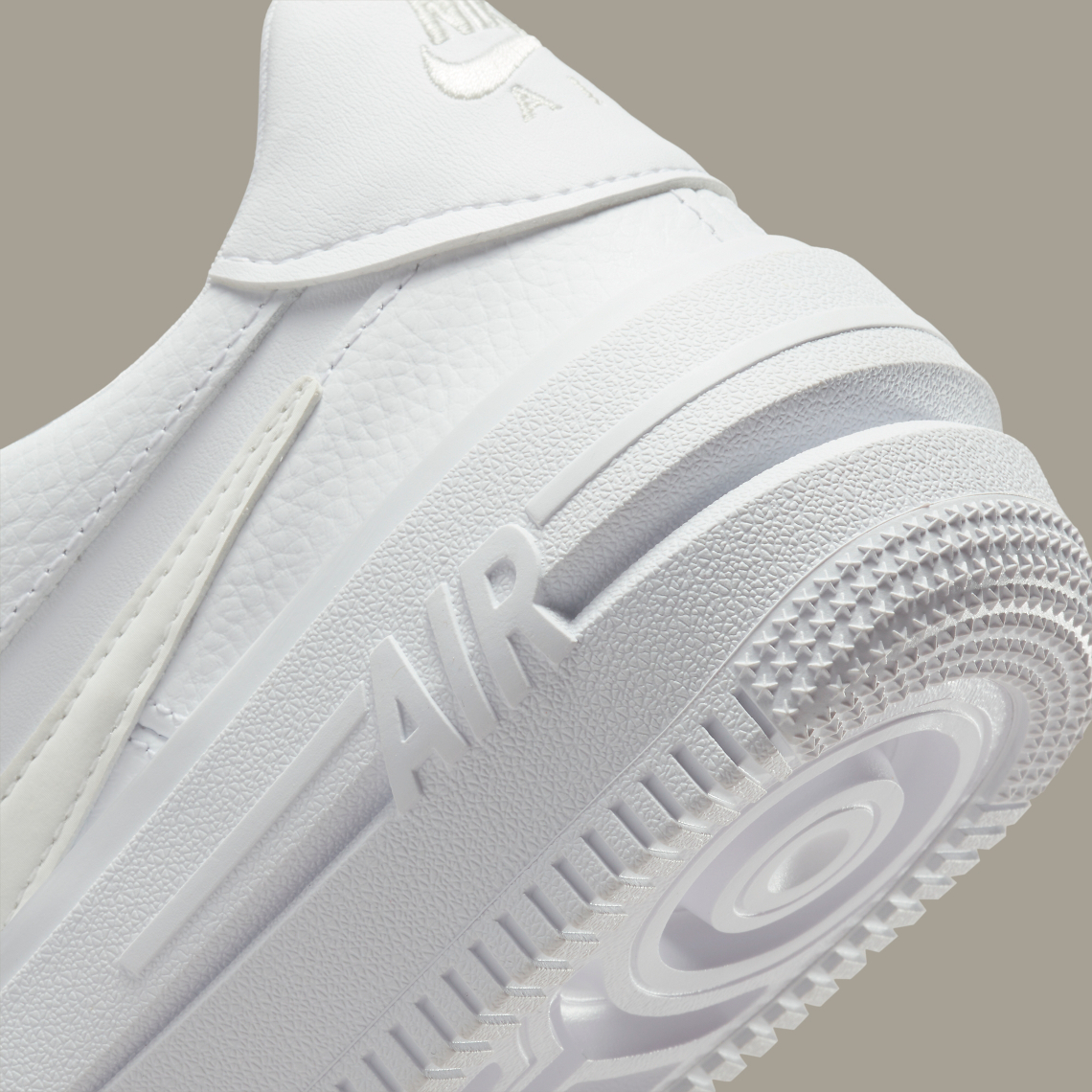