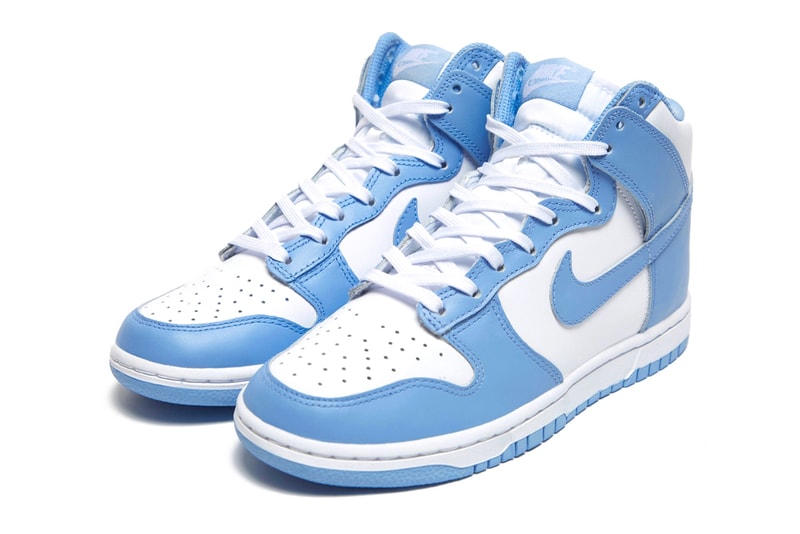 Uppers are built mostly of leather, with "University Blue" appearing on the mudguards, eyestays, Swooshes, heels, collar flaps and collar trim while contrasting white tones grace the toebox, quarter panel and collar. White nylon tongues are embellished with a blue fabric tag, and the top half is brought together by slim white laces. Down below, white midsoles and "University Blue" outsoles complete the look.

An official release date for the Nike Dunk High "University Blue" has yet to be announced. However, as its low-top counterpart is set to debut later in June it'll likely arrive sometime in July or August. The MSRP will be $110 USD, in line with other Dunk models.