The Nike Air Force 1 Low has been a dominant force within the sneaker space for almost 40 years. Throughout the decades, Bruce Kilgore’s design has acted alone in bringing the Swoosh ubiquity, but it’s never gone too long without forming part of a thematic collection. For its latest group effort, the silhouette has championed NIKE, Inc.’s sustainability efforts with the help of a “Happy Pineapple” motif.

Previously seen in a predominantly-cork arrangement, the newly-surfaced proposition indulges in a summer-ready ensemble clad in shades of “Green Glow” and “Coconut Milk.” Canvas material across the shoe’s upper delivers a lighter stride than traditional leather would, and when paired with the tropical hues throughout the tongue, profile swooshes and spine, it becomes appropriate of the upcoming season. The aforementioned jolly fruit replaces standard branding on the top of the tongue, and even inspires the product sticker graphic printed on the speckled cork sock-liner. Lastly, lace dubraes and outsoles further boast all-cork constructions, rooted in the company’s “Move to Zero” campaign.

An official release date hasn’t been confirmed by the brand, but this low-top Air Force 1 is likely to hit Nike.com before summer ends. In any case, enjoy images of the shoes ahead.

For more from under the Swoosh umbrella, check out the LeBron 19, which was revealed alongside an extensive “Space Jam: A New Legacy” collection. 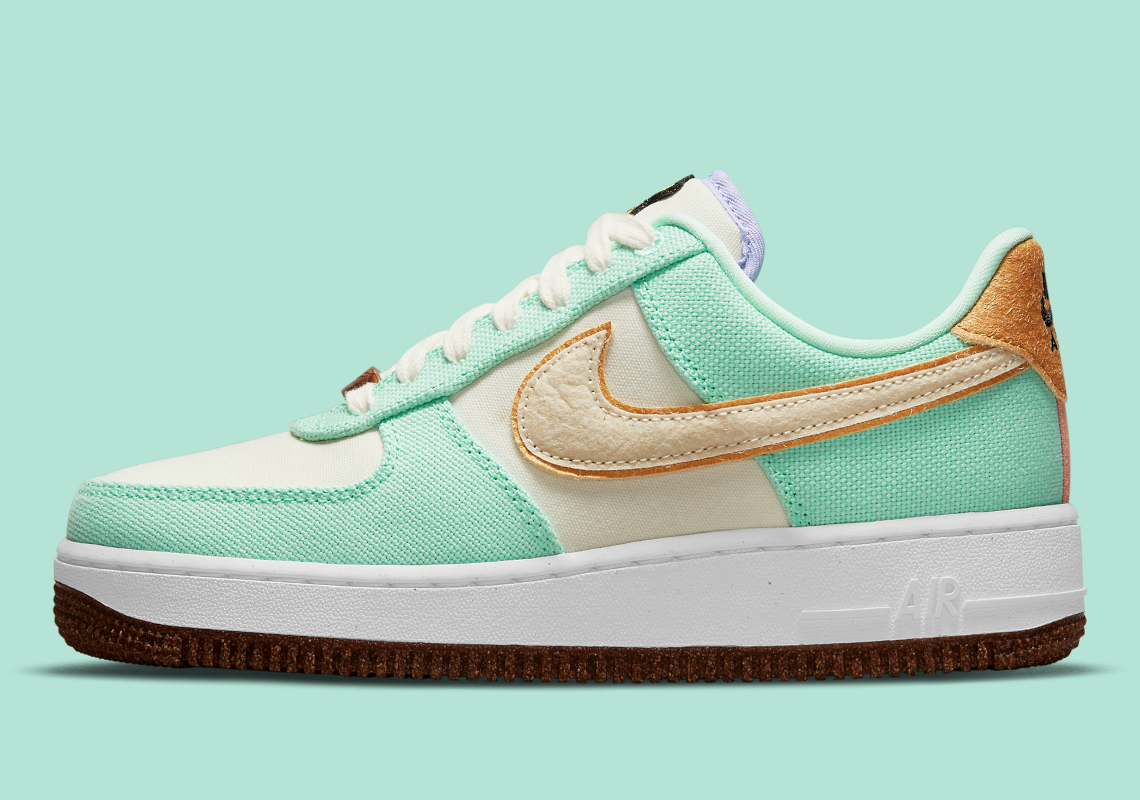 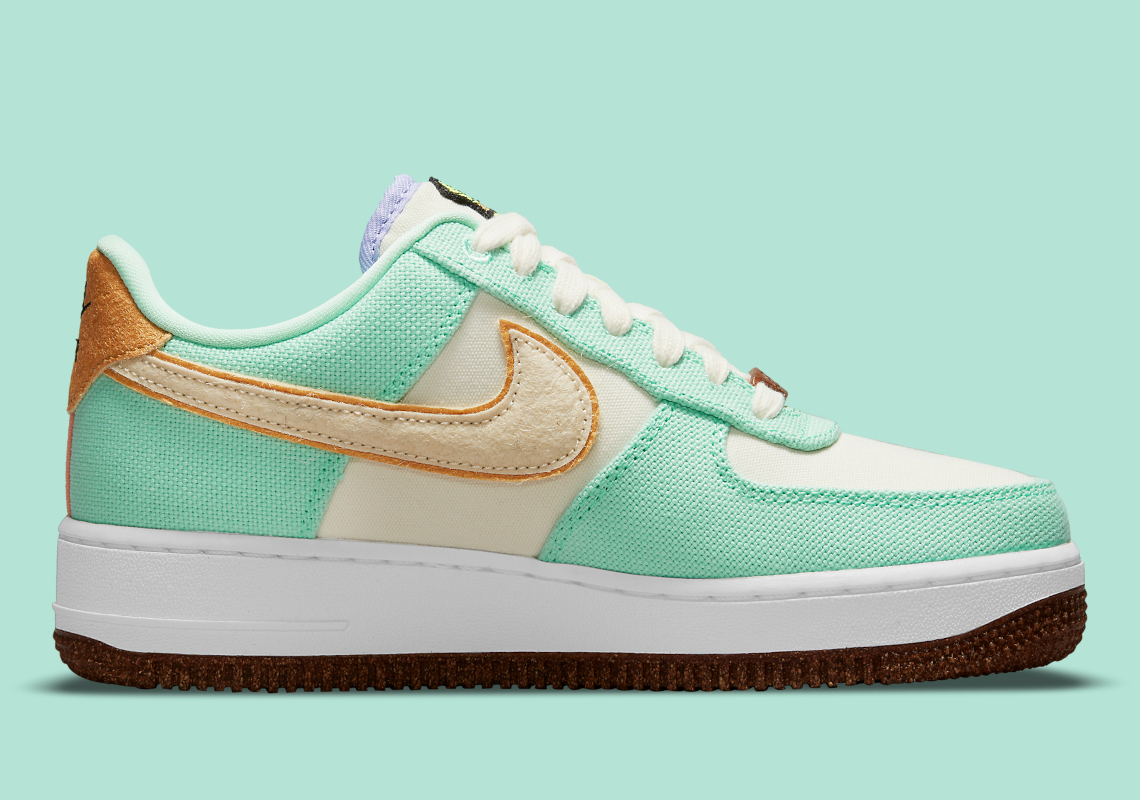 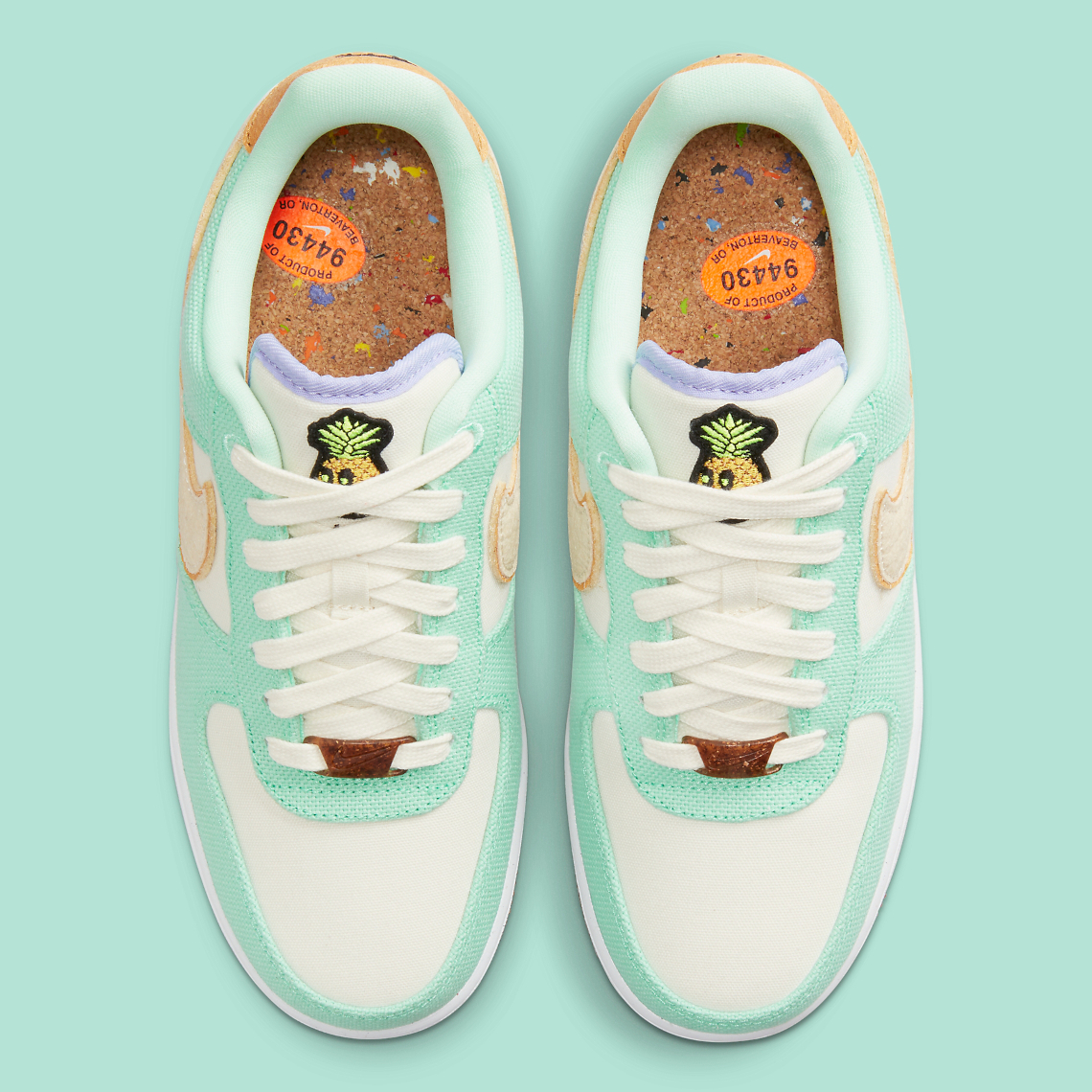 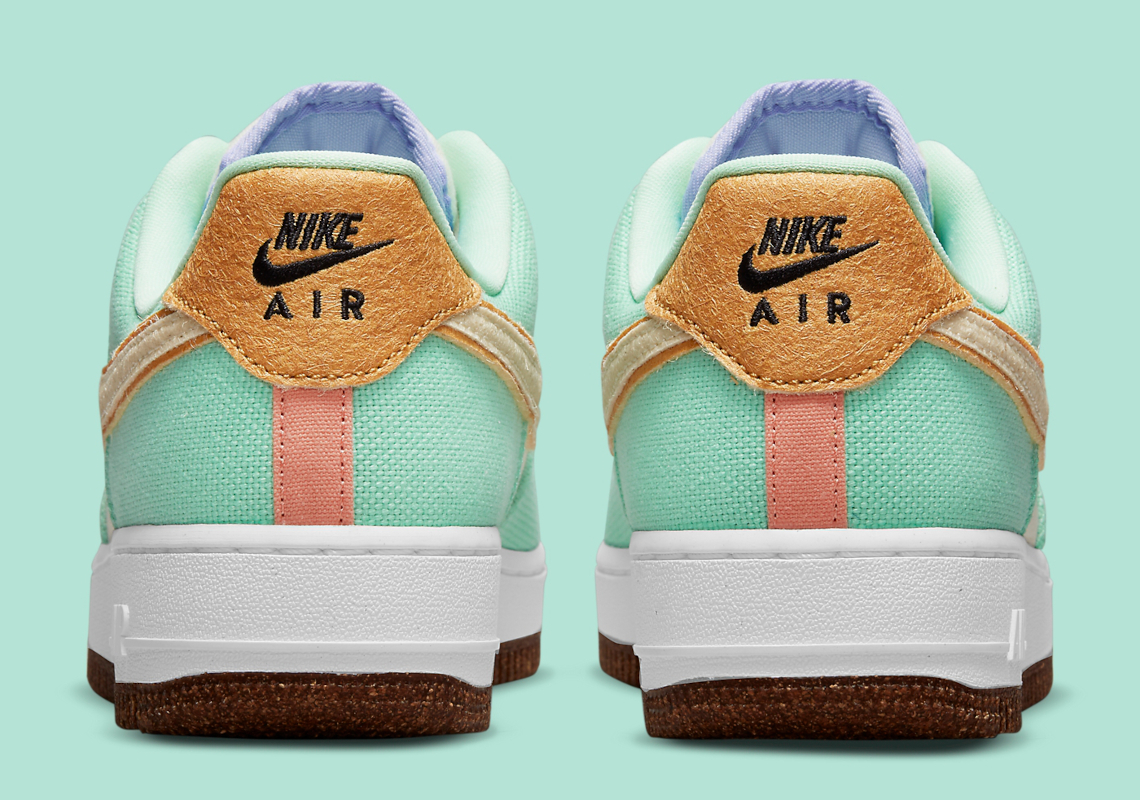 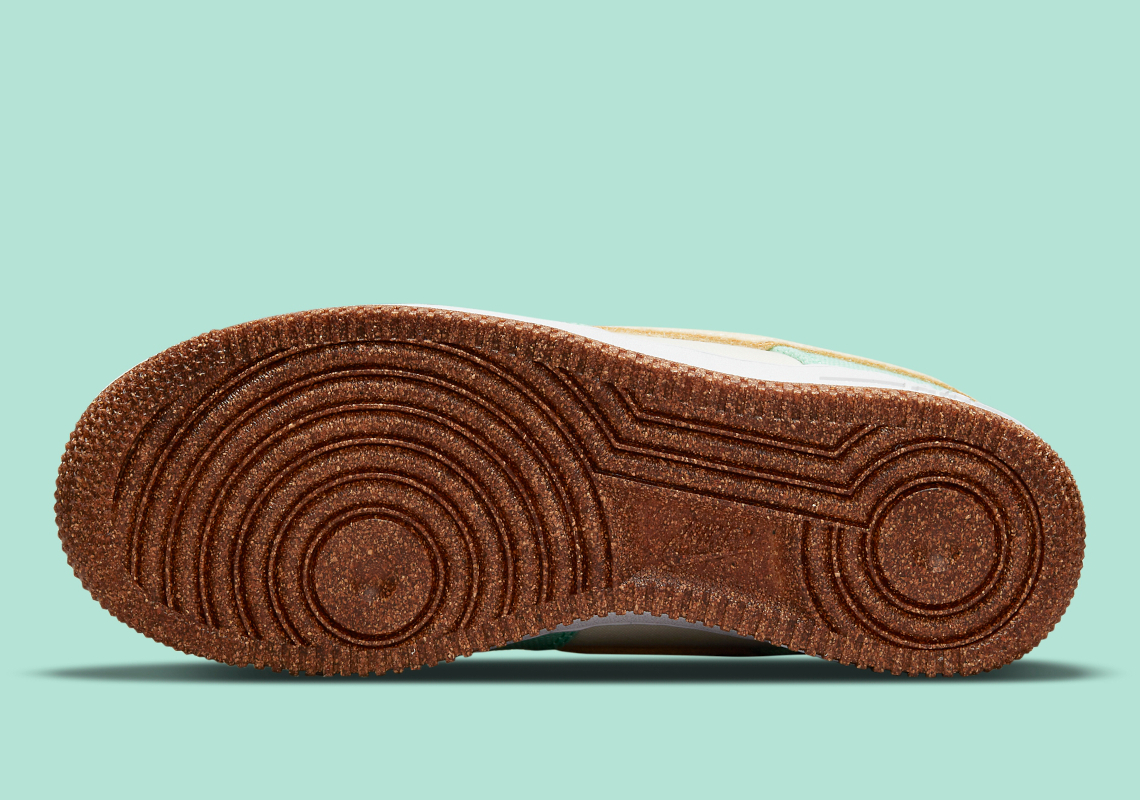 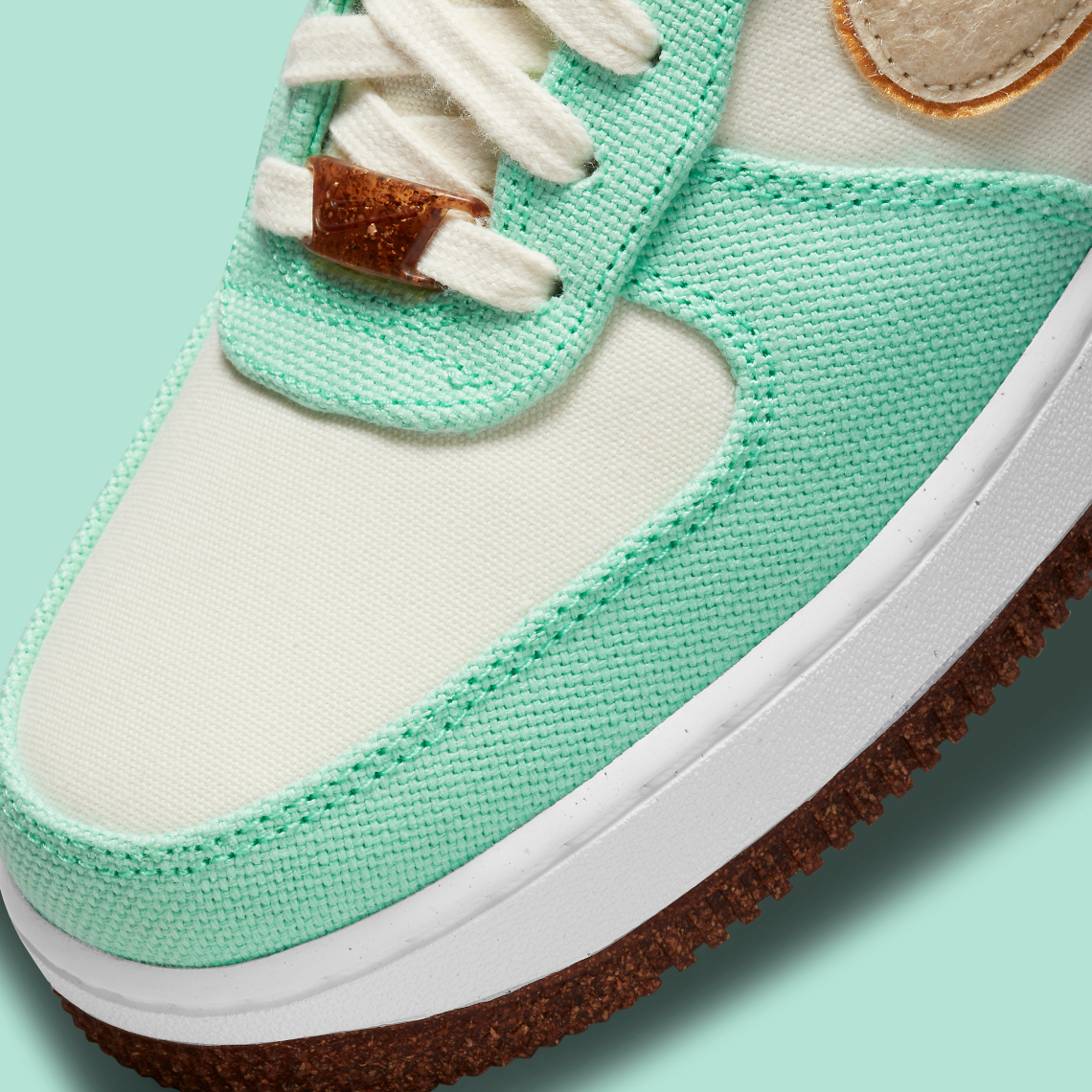 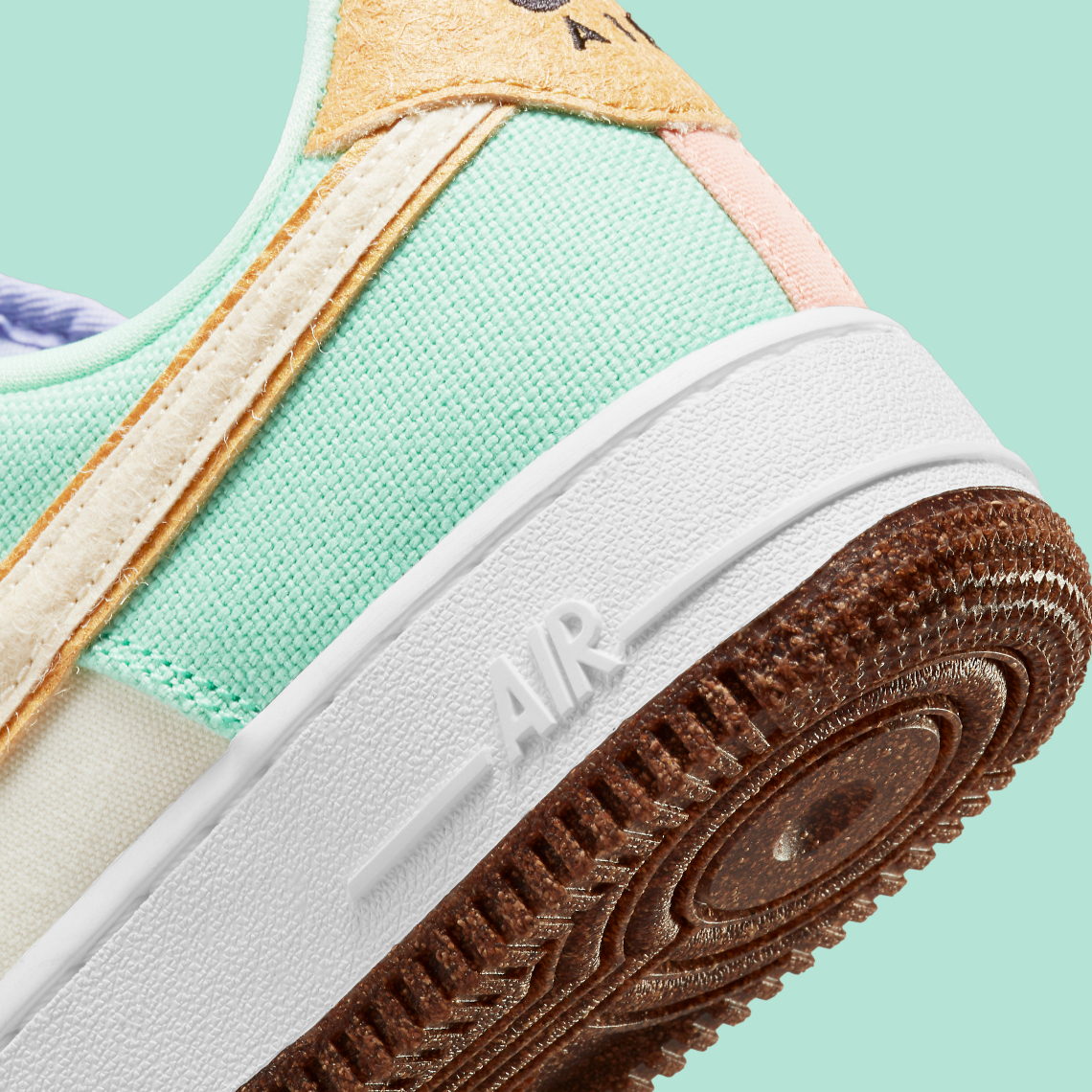 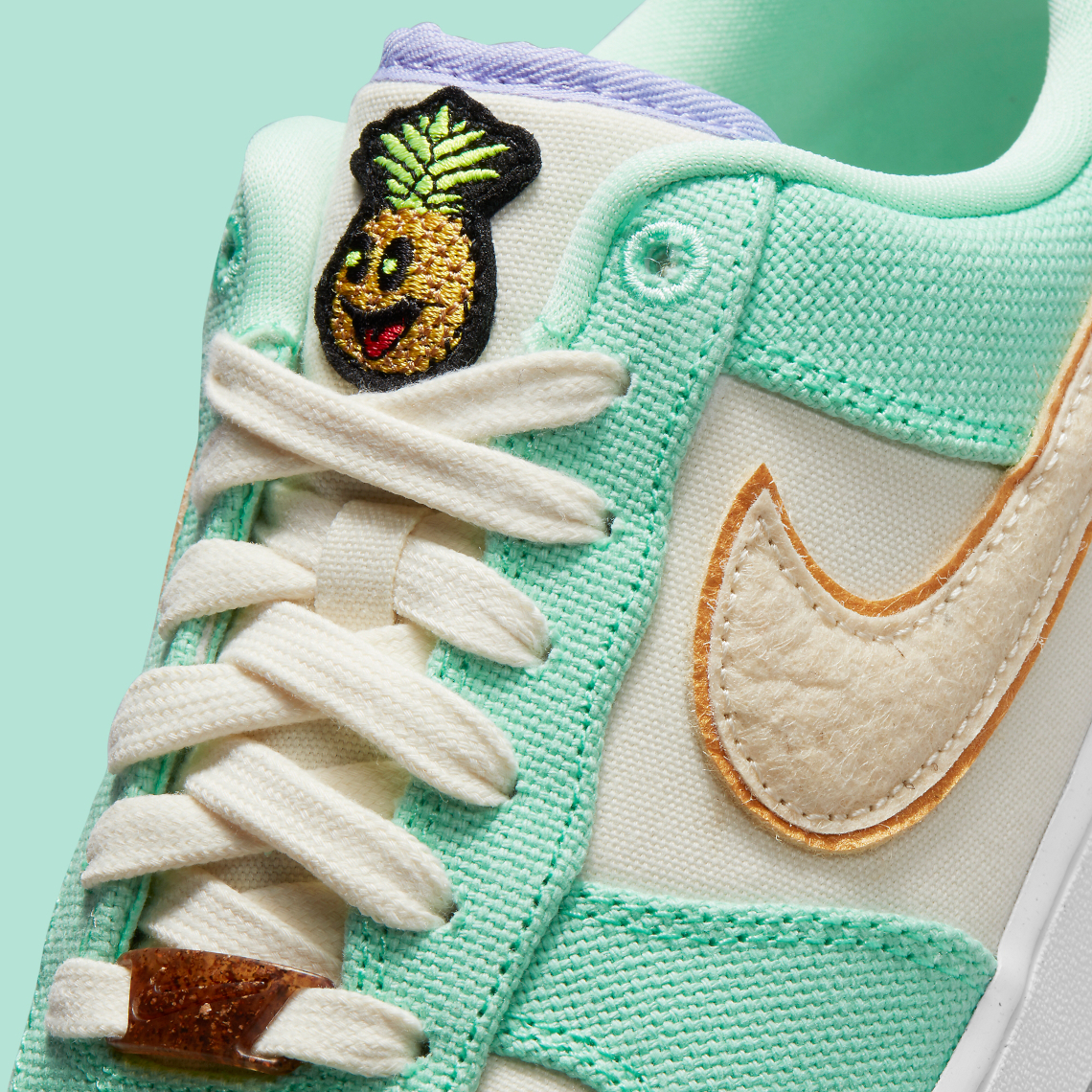 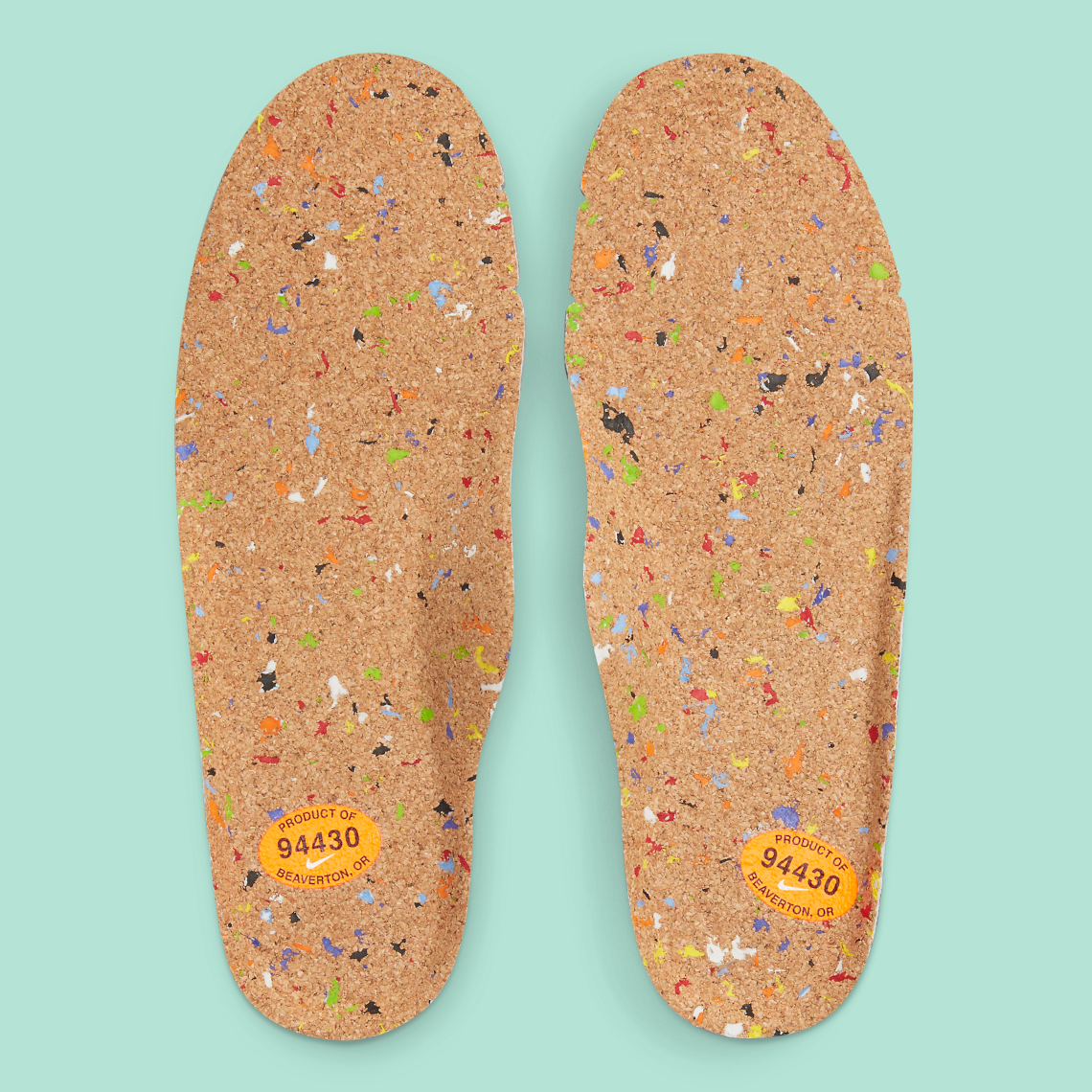