Sneakers have long transcended beyond an audience of athletes to become staple footwear to just about everyone. Nike has even been actively creating styles inspired by different audiences, as we have seen from their “Have A Good Game” Pack. The gaming-inspired collection continues to expand as it scores a brand-new Nike Air Force 1 offering.

This newly-unlocked style indulges in a standard smooth white leather base, but chooses to get creative with materials and textures for its profile Swooshes and heel tabs. The swooshes have been given a digital-inspired makeover with a gridded matte black look reminiscent of computer screens. Aqua and green plastic pieces behind the Swooshes and on the heel tab further acts as hardware that mimics the look of LED lights. Similar to the Nike Air Force 1 Pixel within the collection, gaming-inspired graphics are also printed on the heel tabs. Even the “HAVE A GOOD GAME” text found on other collaborative propositions is present on this upcoming pair. To round out the look a translucent rubber outsole adds the final futuristic touch.

Enjoy official images of the Air Force 1 below, which will hit Nike.com in the near future.

In other Swoosh-related news, the Nike Dunk Low “Lime Ice” is arriving this month. 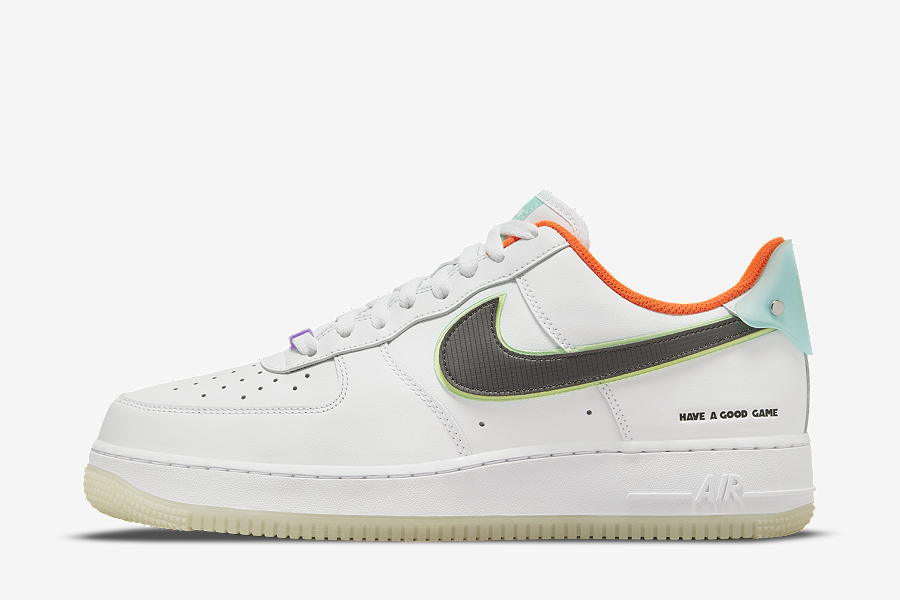 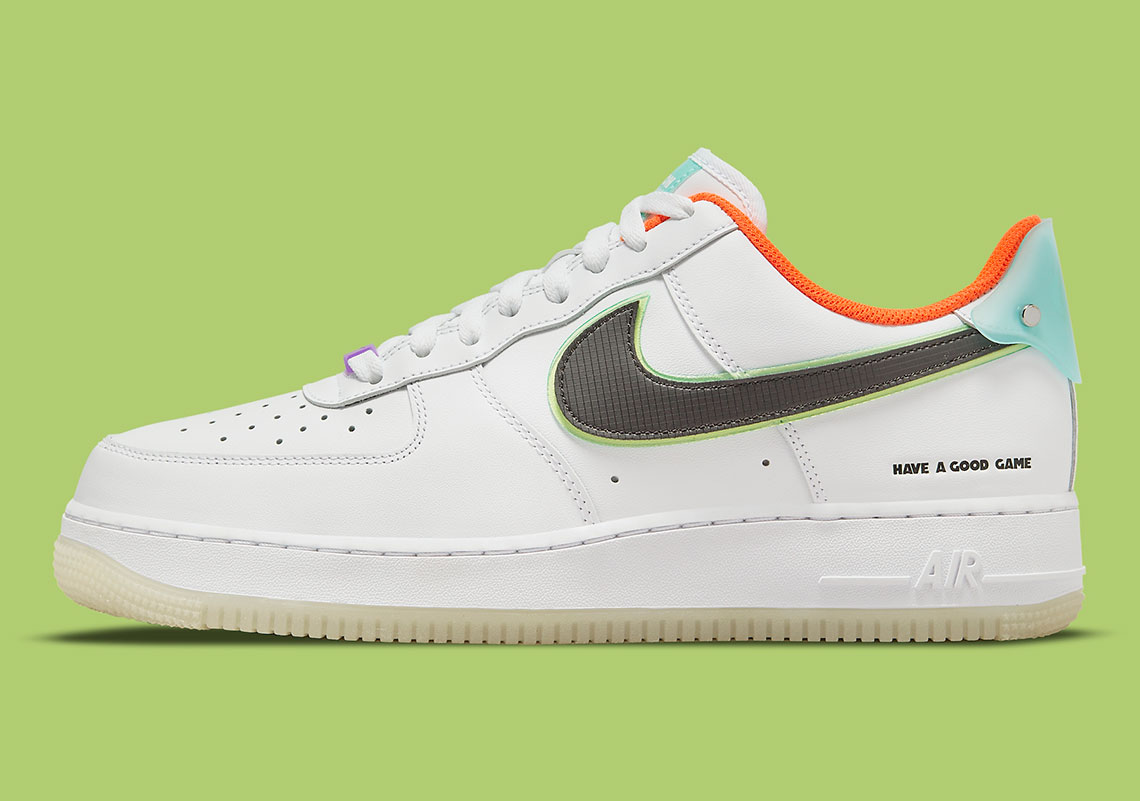 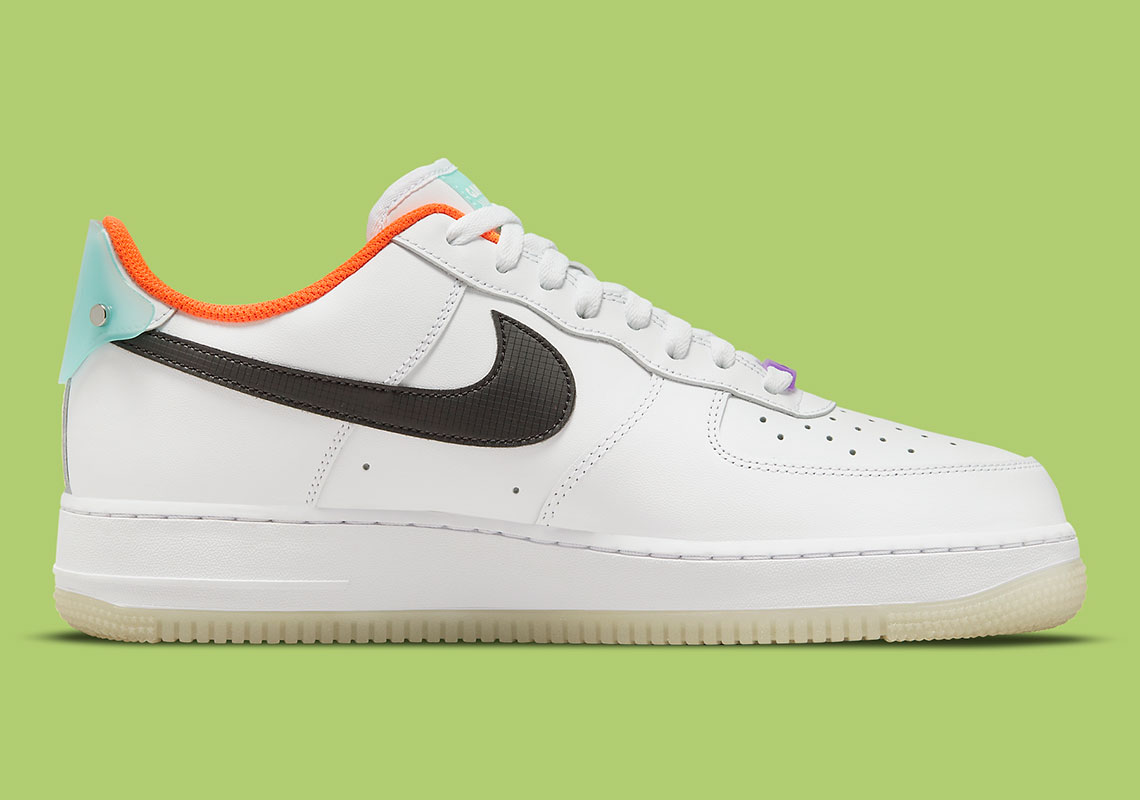 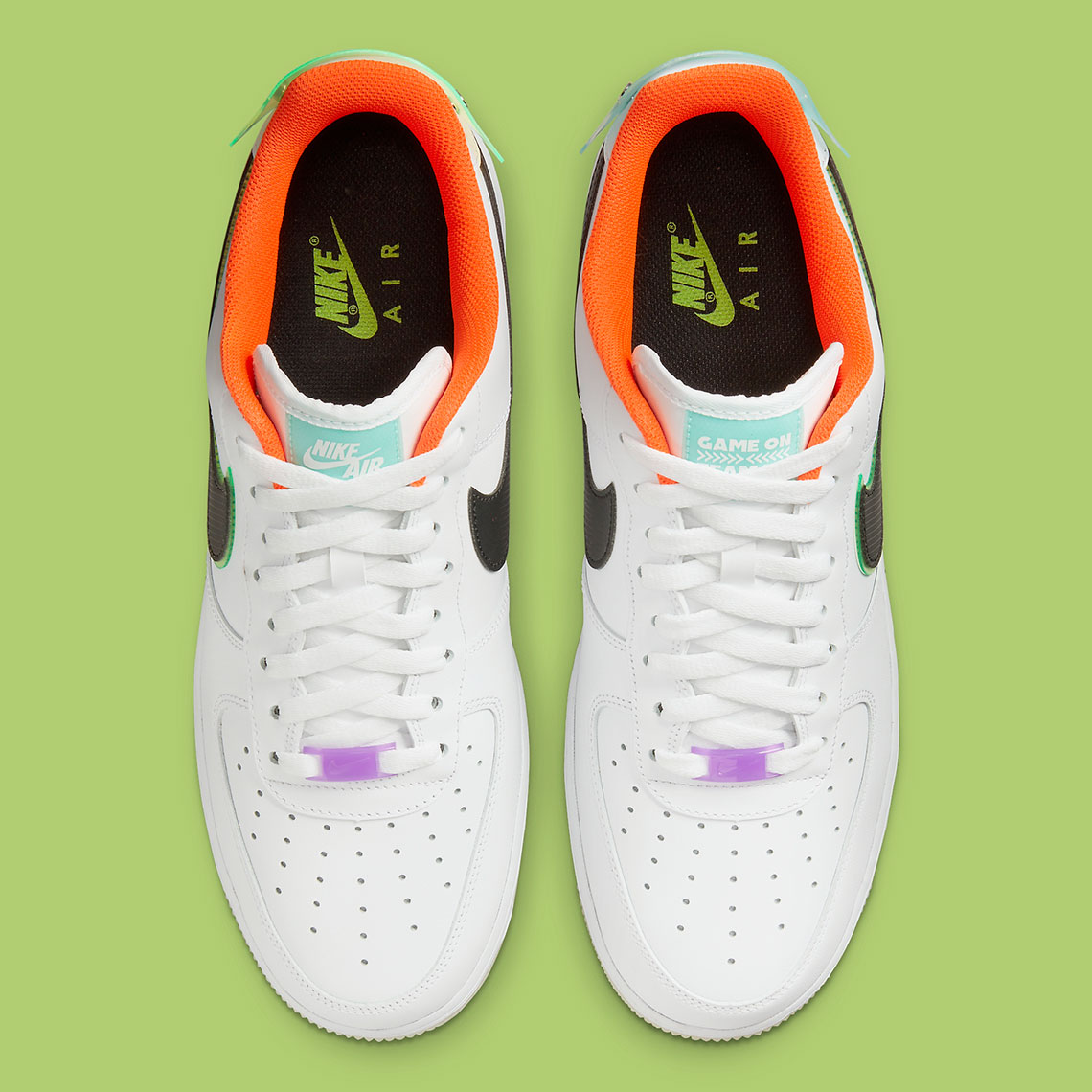 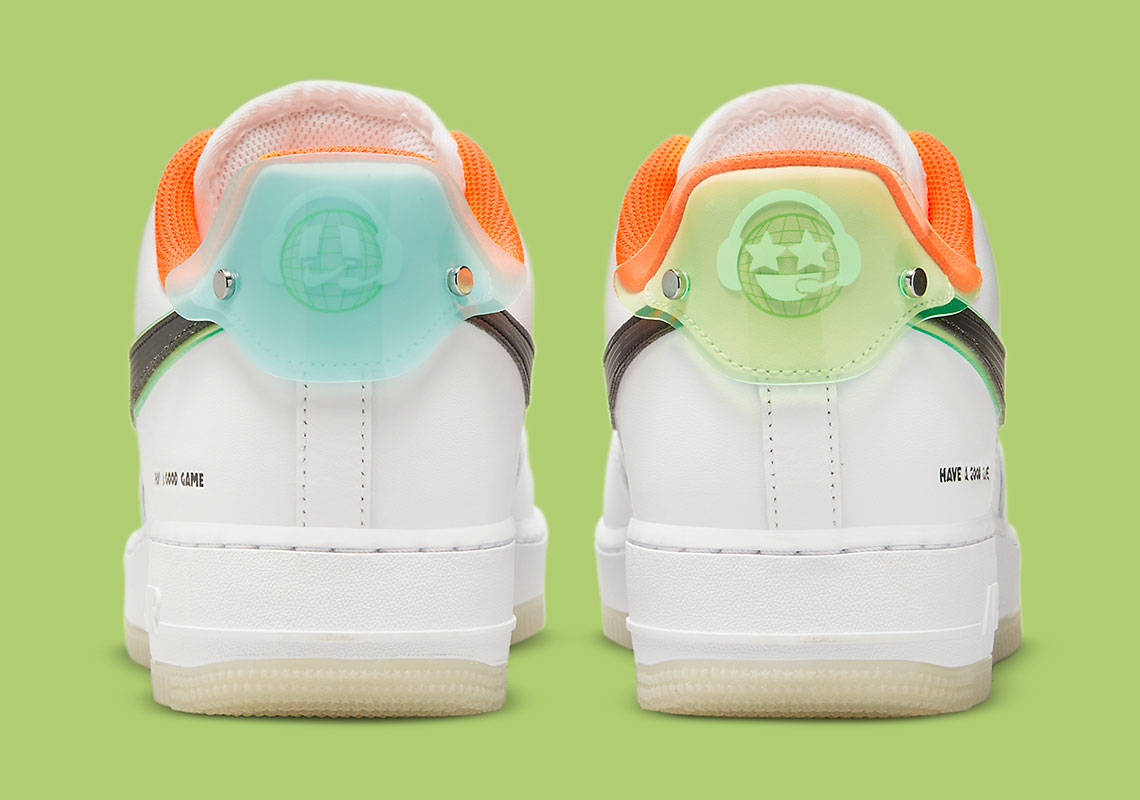 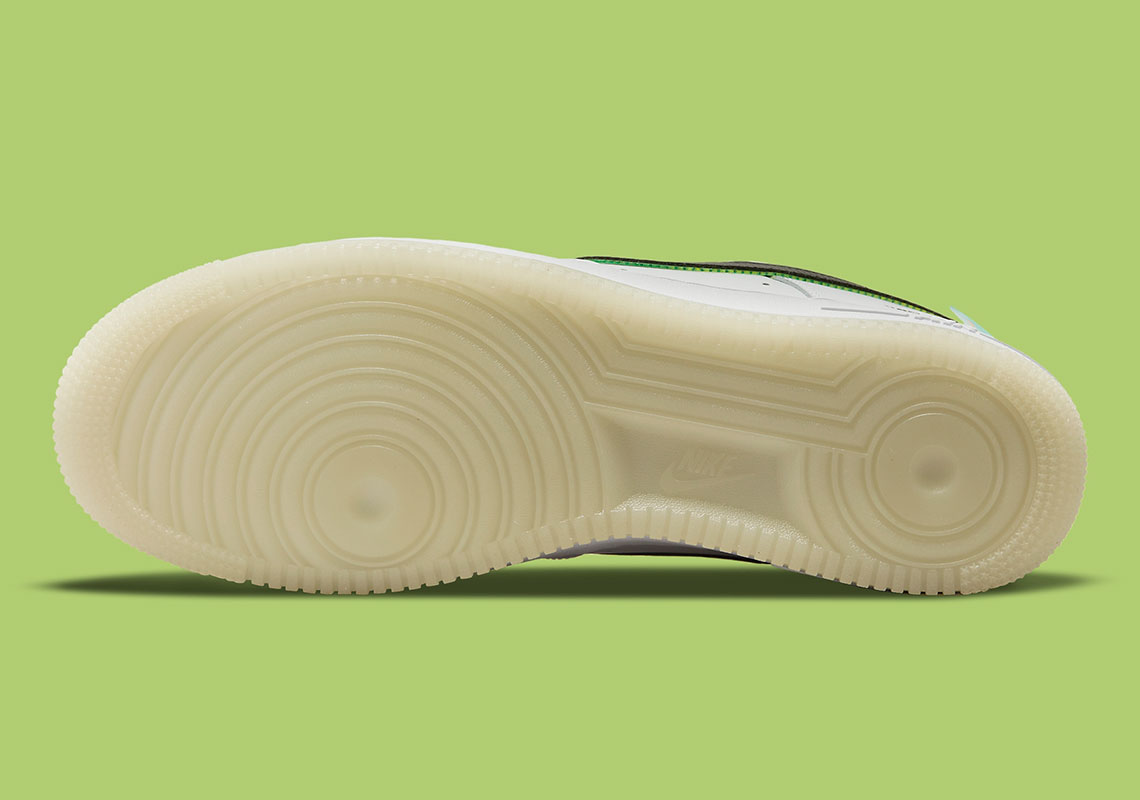 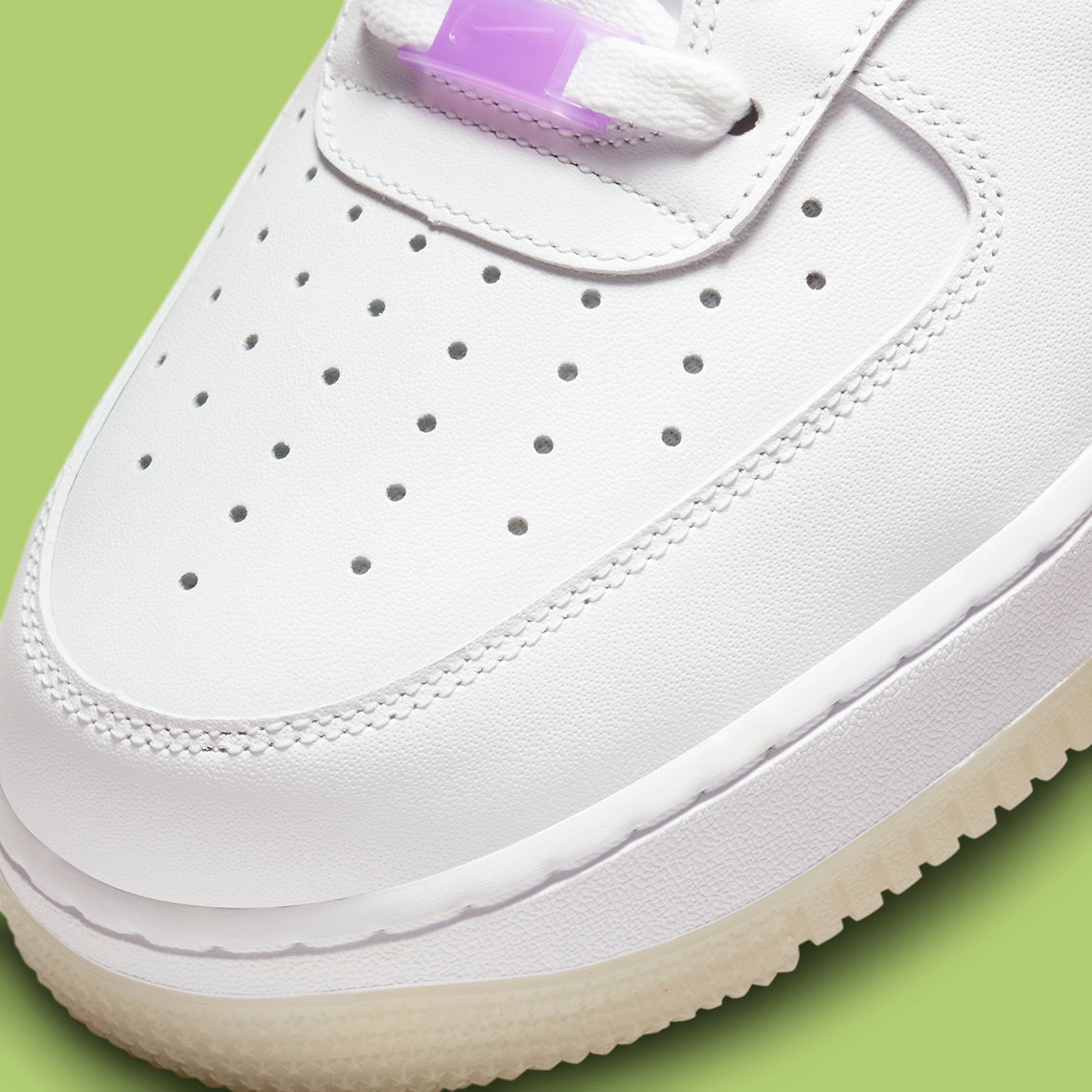 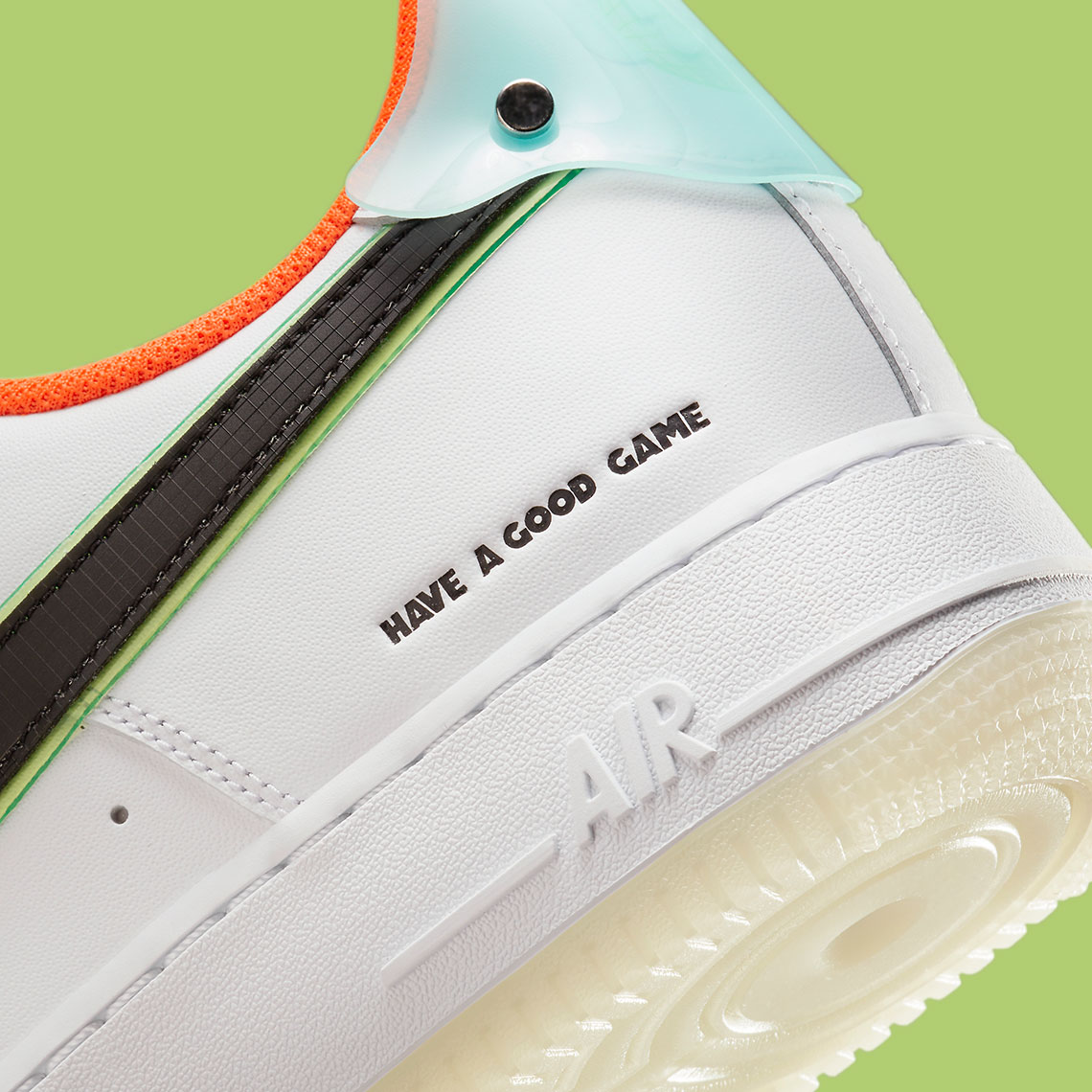 The post The Nike Air Force 1 Levels Up For A New "Have A Good Game" Offering appeared first on Sneaker News.

The post The Nike Air Force 1 Levels Up For A New “Have A Good Game” Offering appeared first on Sneaker News.