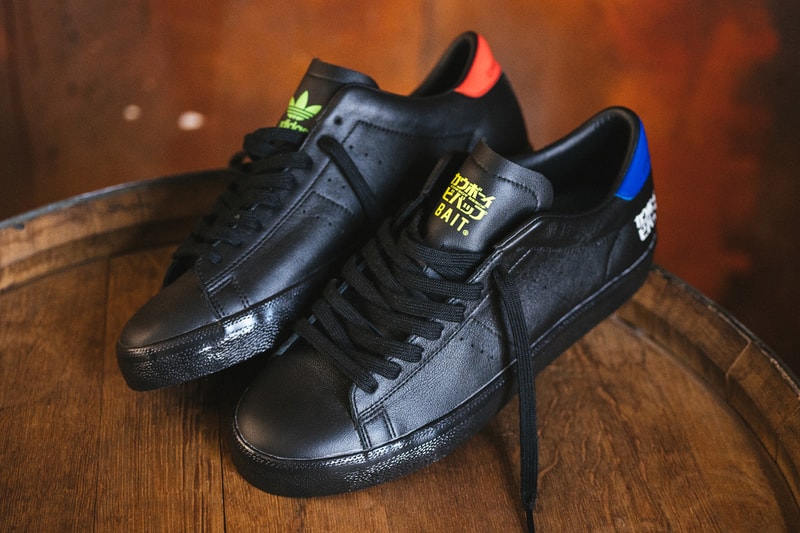 Cowboy Bebop is a popular 26-episode anime series set in 2071 that follows Spike Spiegel and his bounty hunting crew in their spaceship called Bebop. The show debuted in Japan in the '90s, presenting a special blend of science fiction, Western, and noir styles that continue to captivate viewers around the world to this day. In 2001, Cowboy Bebop became the first anime title to be broadcast on Adult Swim in the United States.

The tribute sneakers feature black smooth leather uppers with mismatched neon green and yellow adidas, BAIT and Cowboy Bebop branding printed on the tongues. The heel tabs feature similar mismatched motifs in red and blue, and white Cowboy Bebop branding rests on the heel counter in Japanese and English text. In addition to black laces, alternative neon laces in green and yellow are available for added flair. A black vulcanized sole below completes the look.

The sneakers are currently being raffled on BAIT's website. Winners will be notified before September 18, and a payment request will be sent through PayPal.