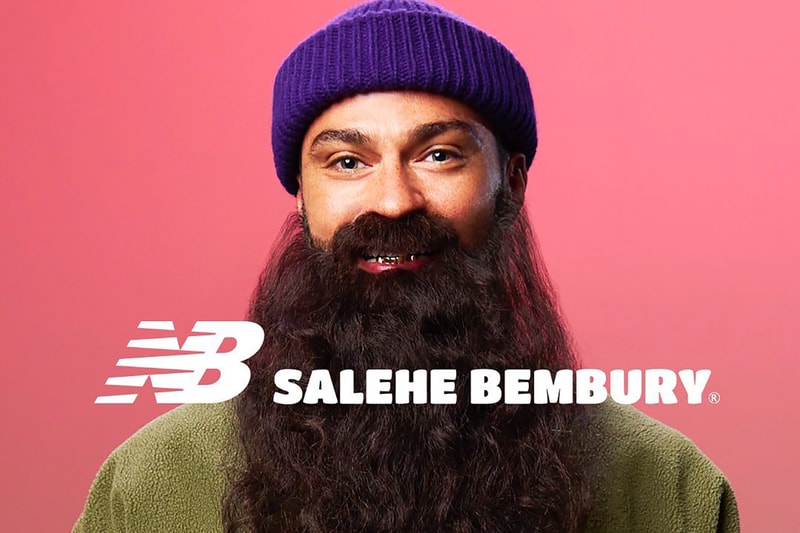 With a duo of 2002R colorways now under his belt, Salehe Bembury has plans to push his partnership with New Balance forward with the release of more collaborative products. His next act involves a reworked version of the 574 titled the New Balance Yurt 574, and after being teased in an understated gray colorway, the silhouette has now surfaced in a new three-toned palette. Bembury took to IG to unveil the forthcoming iteration and once again called upon longtime friend Jesse Williams to assist with the campaign.

For the upper build, a moss-esque green covers most of the ground here as it tumbles onto the hairy suede overlays that are located on the mid-foot, heels and toe boxes, as well as the whistle contraption that is parked on the rear. Notes of navy provide some darker-toned contrasting as they show face on the tongues, collars and under the toe boxes, while deep red accents follow suit and pop up on the interior lining, leather forefoot overlays and the backgrounds of the side panel's "N" logos. Chunky midsole pieces are supplied with a light beige backdrop and come packaged with mustard yellow molds towards the heels and colored pods that alternate between black and a dark green on the lateral side.

In addition to the kicks, Williams is also spotted rocking a cozy fleece quarter zip pullover that color-blocks with olive, navy and beige panels. A patch that features a "NB" logo with Salehe Bembury's namesake underneath is positioned on the left side of the chest.

At the time of writing, no release date has been announced yet, but you can likely expect a launch to arrive in the coming weeks.

For other sneaker news, the New Balance 990v3 has just been unveiled in an Oregon Ducks-esque colorway.