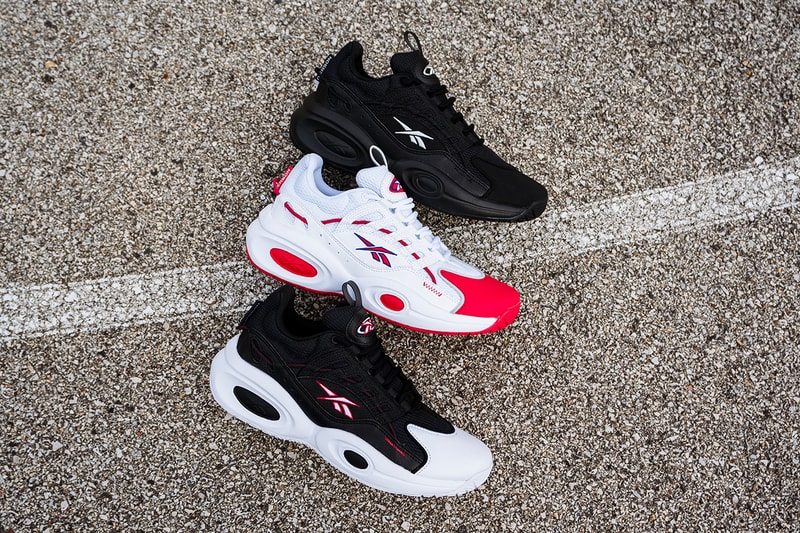 Allen Iverson is one of the most respected athletes to ever be associated with the Reebok family as he transcended the game of basketball with his jaw-dropping performances on the floor and undeniable swagger off the court. And this season, the vector brand is honoring the legendary point guard with by referencing his signature line of sneakers to fashion a brand new silhouette: the Reebok Solution Mid.

The overall design is inspired by the Sixers icon's Question Mid model, but appears with subtle changes in its build that adhere to more contemporary design sensibilities. Hints of Iverson-inspired DNA is apparent here through model's elements such as the vector logos that are located on the quarter panels, overlays that adorn the toe boxes and the semi-chunky midsole pieces which feature pods in the forefoot and the heel. The height of the Solution Mid is slightly shorter than its muse and it comes mostly formed with mesh underlays instead of smooth leathers. Additionally, overlays with airy slits have been attached to the mid-foot, and these also hold down the piping that starts on the forefoot and runs towards the heels.

Three colorways have been unveiled: the "White/Red" which is inspired by the OG Question "Red Toe," the "Black/White" makeup that nods to the “OG Meets OG” Question Mid and a stealthy all-black variation.

Peep a closer look at each colorway above and note that they'll be dropping via Reebok this coming March.

For other sneaker-related news, Reebok has unveiled its newest collection with BAPE.