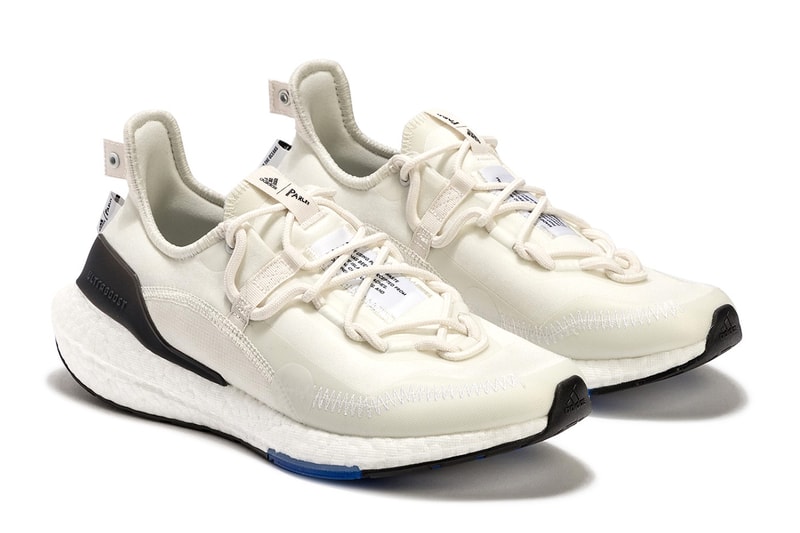 Parley for the Oceans and adidas Originals have continued their ongoing sustainable effort with the release of a special UltraBOOST 21.

The UltraBOOST 21 is adidas Originals' latest-and-greatest running shoe, which as described by Sam Handy, adidas Running’s creative director, is "a love letter to UltraBOOST." Normal pairs have "a new propulsion system, 50 percent Parlay Recycle the Ocean plastic in the upper -- it’s really about trying to marry the shoe that people love with the best performance innovations." With this in mind, Parley has now upped the eco-friendly aspects with its official take on the UB21.

Taking waste from remote islands, beaches, coastal communities and shorelines, the UB21 now features a no-virgil polyester upper comprising a 50 percent textile upper with, 75 percent of the textile being Primeblue yarn. According to adidas, the "Non-Dye" colorway "is coloured using a more sustainable technology to cause less harm," while the Continental outsole now uses its proprietary Better Rubber solution, which is made from 70 percent natural rubber, 20 percent virgin rubber, and 10 percent normal rubber for a more sustainable composition.

The design also sports a comprehensive rework, as the rope lacing system takes prominence on the upper. A black heel cage is situated near two new rear heel tags, while more branded tags appear on the vamp and tongue alongside exposed topstitching and mid-panel support segments.

Parley's adidas UltraBOOST 21 can be seen above and purchased from HBX now, where it retails for $229 USD.

For more on the UltraBOOST 21, check out HYPEBEAST's What the Tech? issue in which Sam Handy explains all.