Throughout its 57-year-history, NIKE, Inc. has never hidden its connection to the University of Oregon. One such way in which the North American conglomerate has celebrated its ties to the Pacific Northwestern university has been via a handful of exclusive footwear and apparel created for the school’s athletic programs. Recently, the Oregon Ducks Track & Field team shared a look at the newest addition to that highly-coveted roster: A Player-Exclusive Air Jordan 1 Mid.

Akin to past PE options prepped for the college’s athletes, the newly-surfaced pair features a predominantly muted base complemented by vibrant shades of green and yellow. Premium suede covers most of the upper, and is branded with Air Jordan and University of Oregon logos on the top of the tongue and at the heel. To distinguish the retro from other styles gifted to the school’s football and basketball programs, an insignia on the spine denotes the colorway as made for “OREGON TRACK.” Tinker Hatfield, an alum of both the university and T&F team, designed the shoe for those who’ve carried the baton after him.

Enjoy images of the shoes here below. For Jordans you actually have a shot at buying at retail, check out the “Cool Grey” 11s set to launch for the holidays. 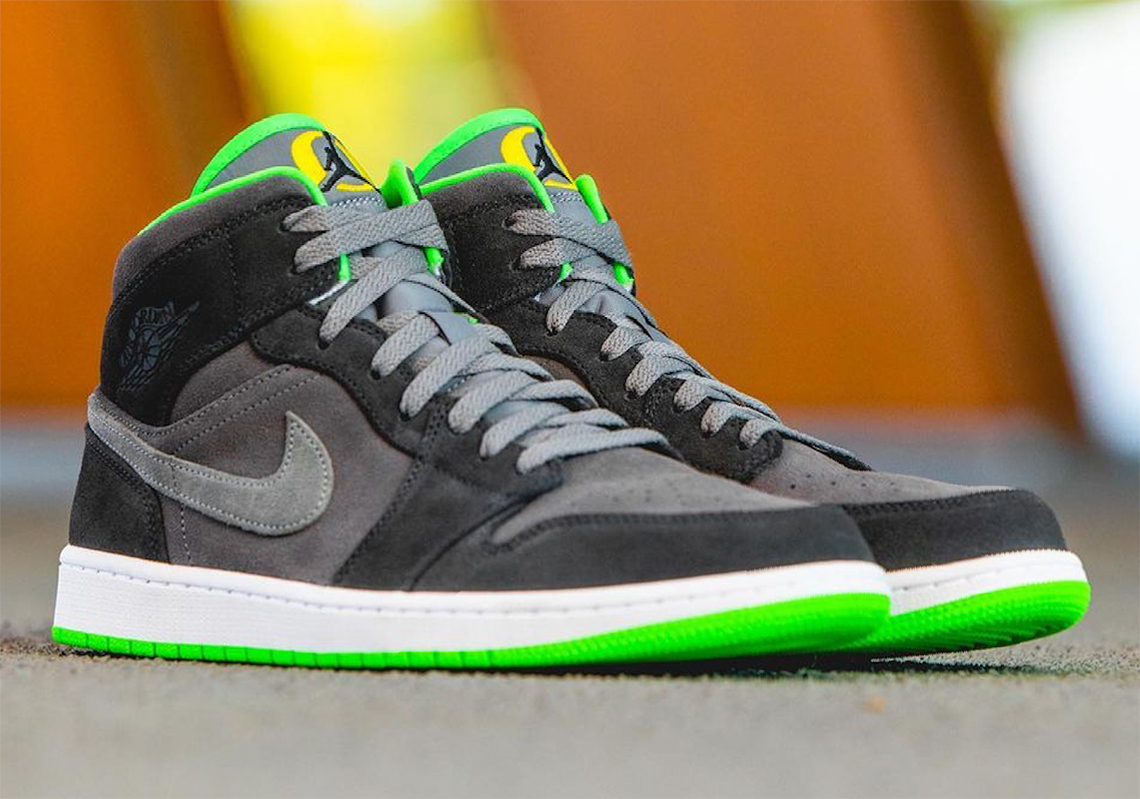 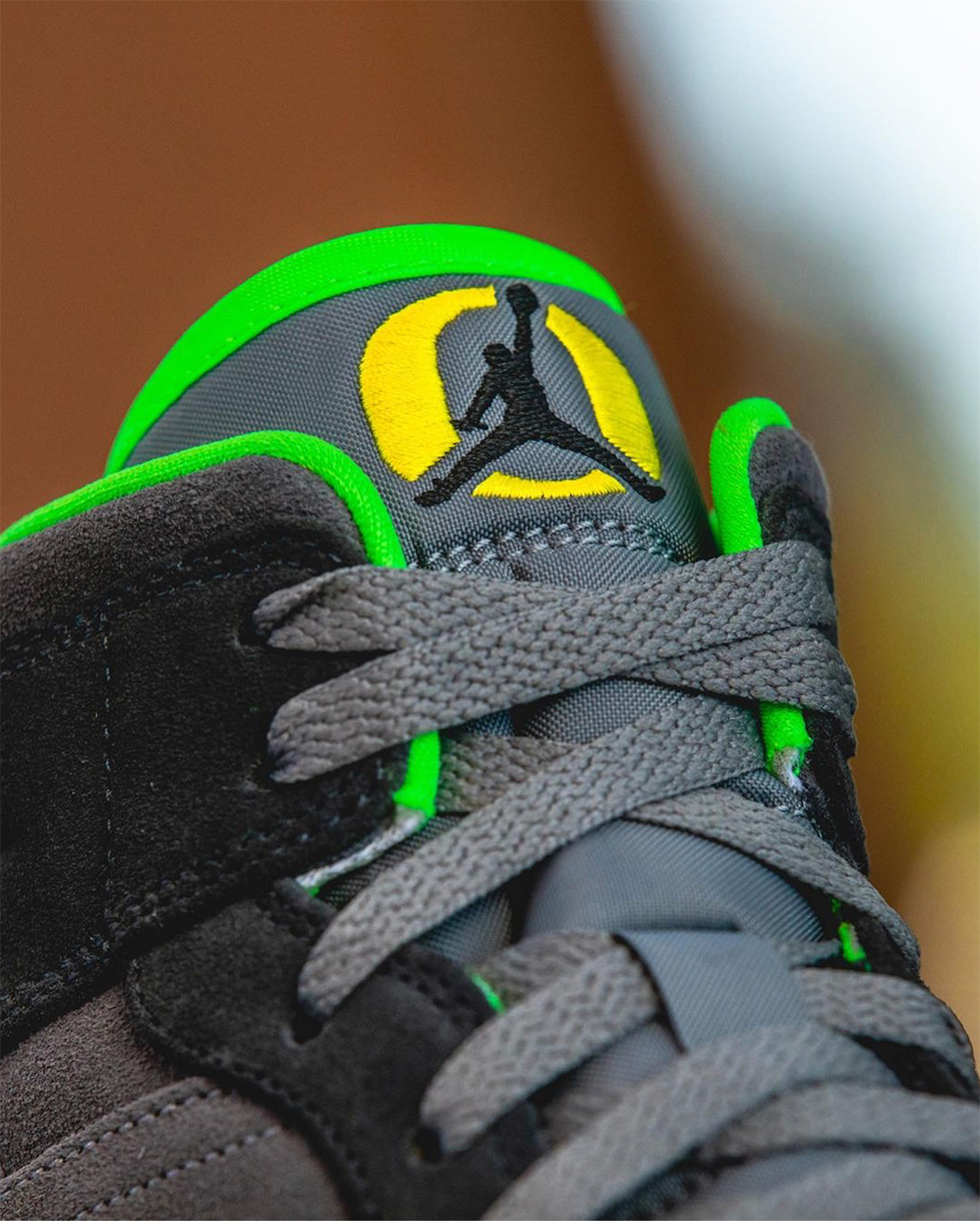 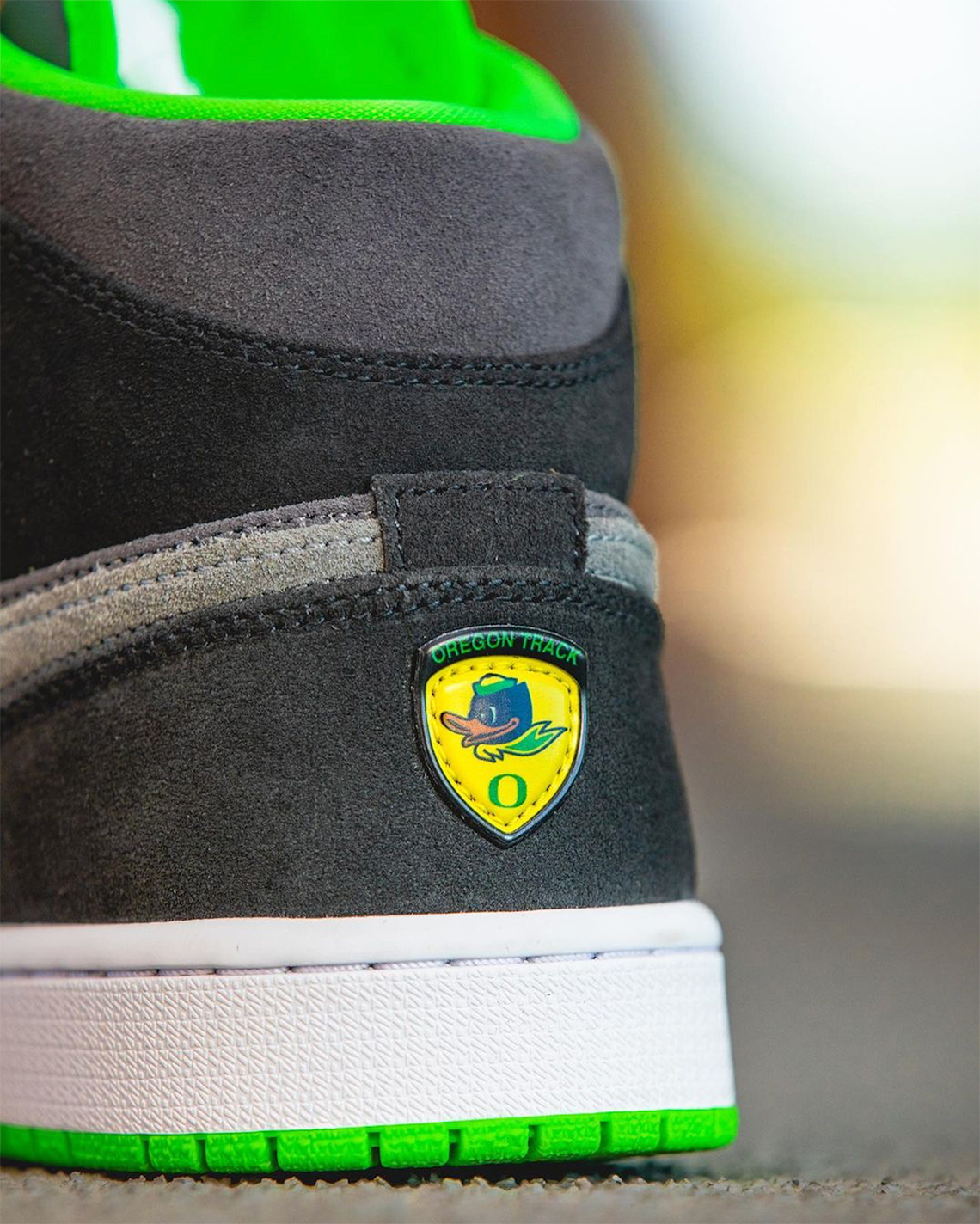