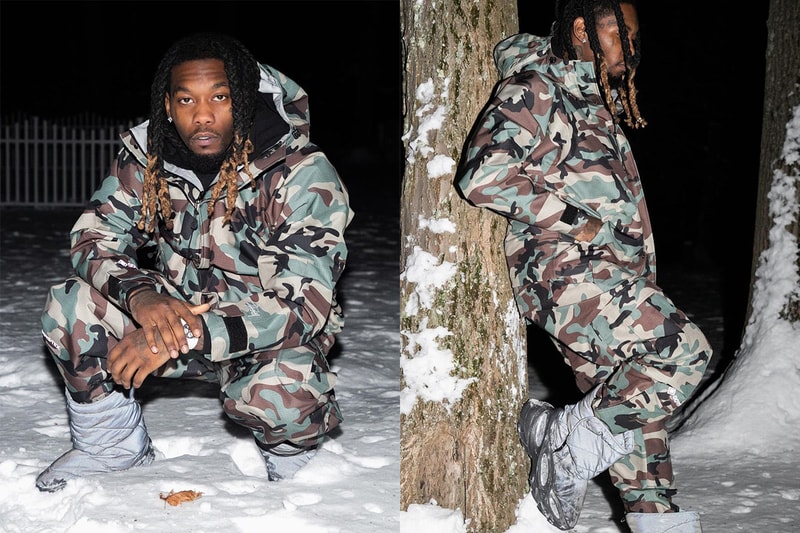 Kanye West's 2022 is already off to a blazing start as he was recently announced at Coachella's Sunday headliner and he unveiled his YEEZY GAP "ENGINEERED BY BALENCIAGA" creative venture. And on top of all of those initiatives, the DONDA artist is also readying a giant crop of new YEEZY footwear offerings, one being this upcoming adidas YEEZY NSTLD Boot colorway with reflective gray uppers.

The pair was recently spotted on Migos member Offset who field tested his early pair in the snow and conducted an unofficial photo shoot with them. Uppers are devised like puffer jackets for your feet as they are constructed with a full quilted material. This section is completely drenched with a high-vis 3M coating that shines bright once its exposed to any form of light. Down below, the exoskeleton midsole and sole unites contrast with a charcoal gray hue and come poked out with a trio of three ovals across the sides for a look that's somewhat similar to the popular YEEZY FOAM RNNR. Underneath that comes a ridged traction allows wearers to move comfortably in various forms of terrain.

Ye and adidas have yet to spill any release details, but it's likely that these could release in the coming weeks.

For other news, peep a look at Ye's "Heaven and Hell" Visual/debut YEEZY Gap TV spot.