Unlike the brand’s other Fall/Winter 2021 footwear options, the upcoming sneakers indulge in a busier ensemble than tonal “Flax.” Smooth leather across the Nike SB mainstay boasts a “yin-and-yang”-appropriate color combination, with base layers opting for a black makeup. Swoosh-accompanied “SUP” logos on the tongue label, which replace standard branding from Nike’s skateboard imprint, and sole units also partake in the two-tone styling. Embroidery at the lateral quarter panel and across the heel deviate ever-so-slightly with red heart and swoosh imagery – the latter animating “BY ANY MEANS” messaging just above the midsole. Despite its $1+ billion valuation, the 27-year-old skate label continues being a product of gritty New York City. As such, nods to the “city that never sleeps” are made by referencing Milton Glaser’s iconic “I <3 NY" graphic, custom Nike NYC emblems and a head's up that any goal in mind will be accomplished regardless of what it takes. An official release date hasn't been disclosed, but this Supreme sneaker collaboration is likely to hit the brand’s webstore in the coming weeks. In the meantime, enjoy images of the pair ahead.

For more from under the Swoosh umbrella, check out the Louis Vuitton Air Force 1 collection anticipated for Spring/Summer 2022. 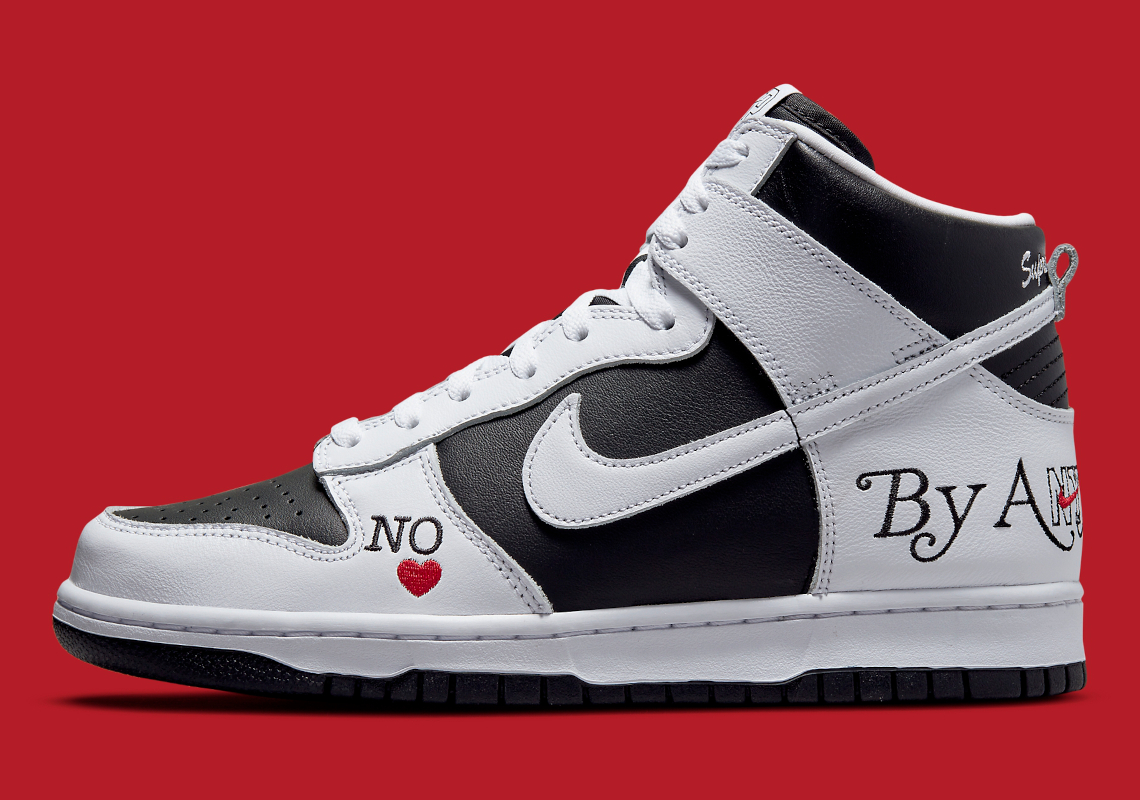 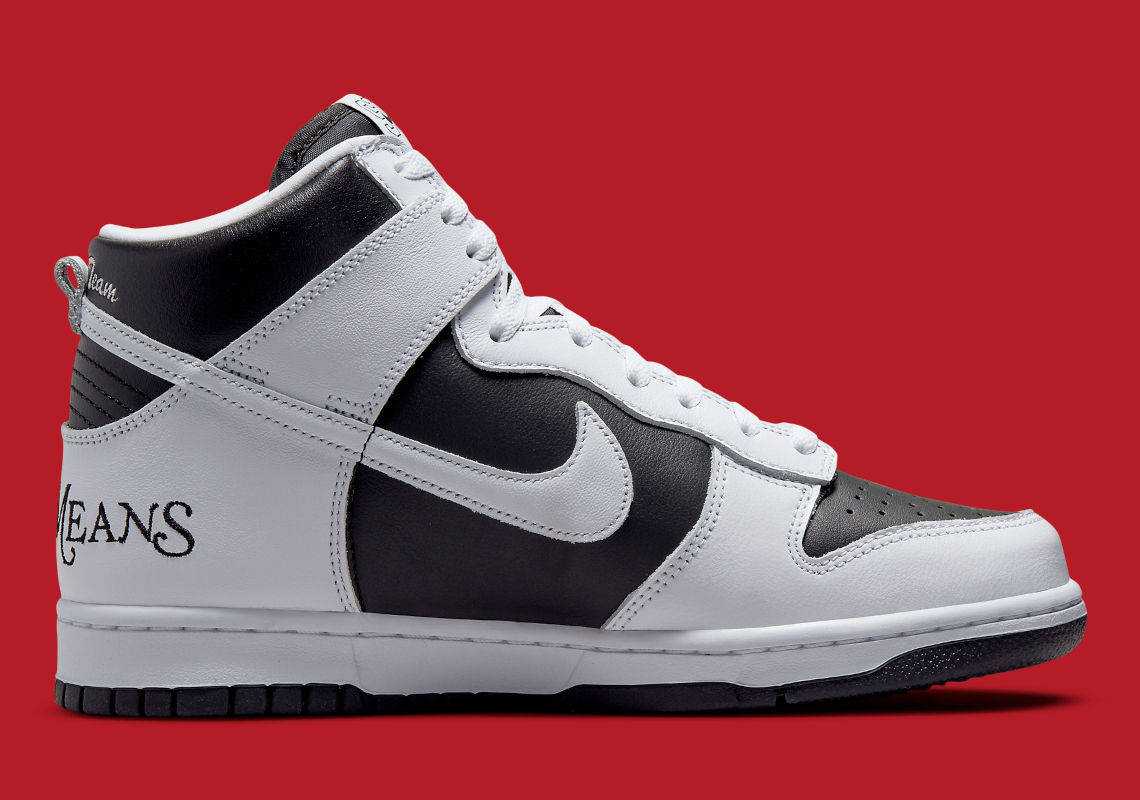 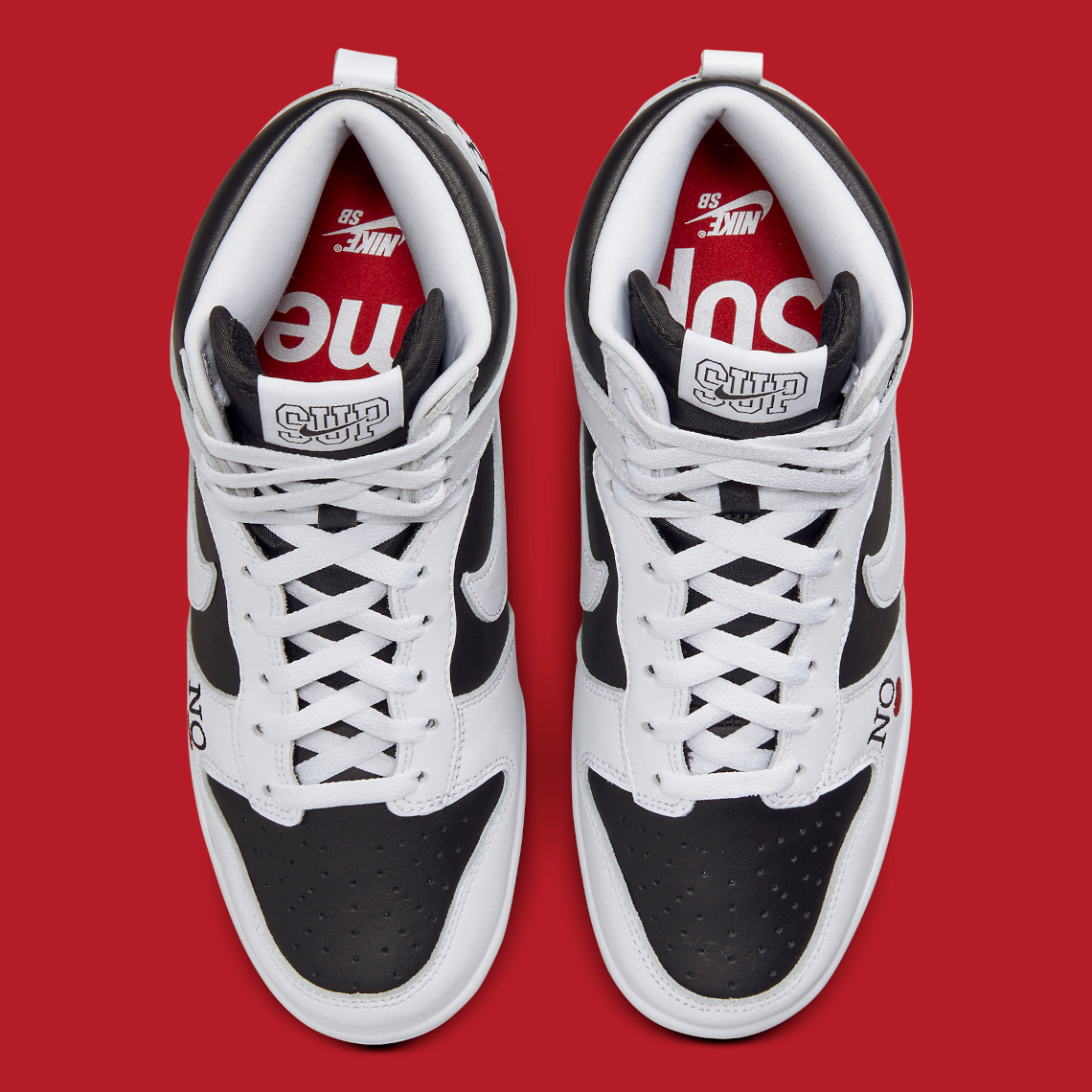 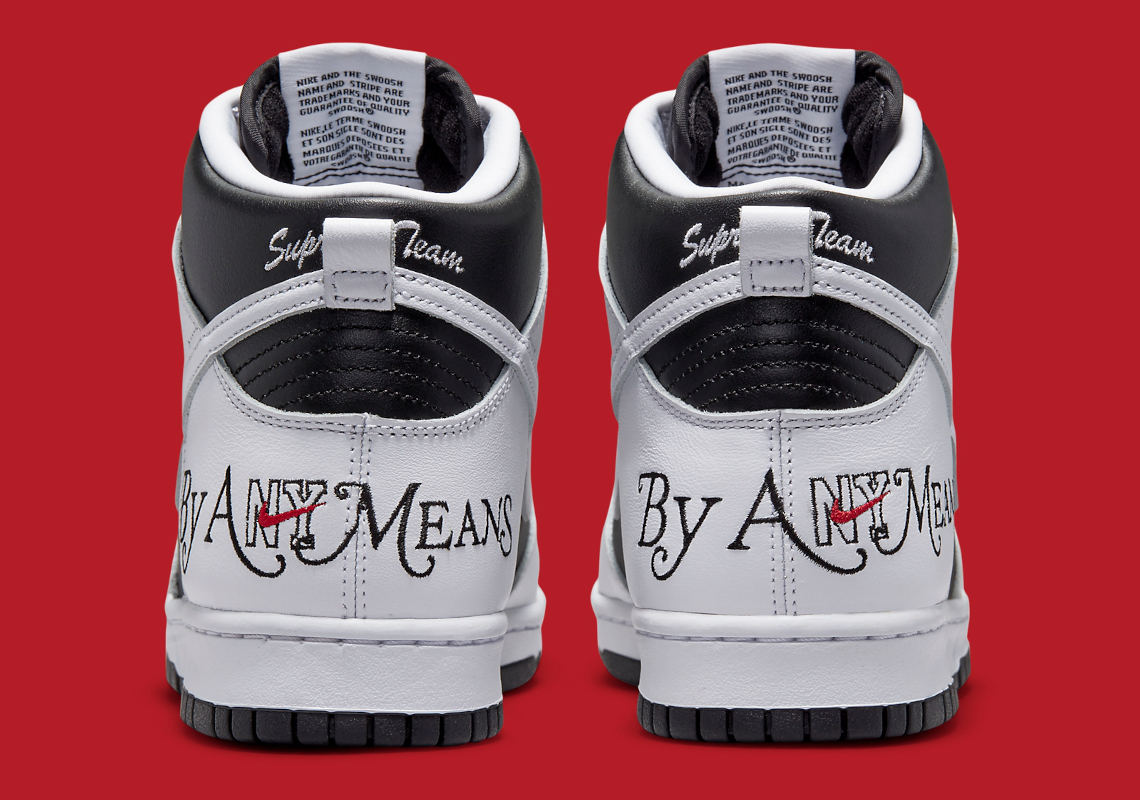 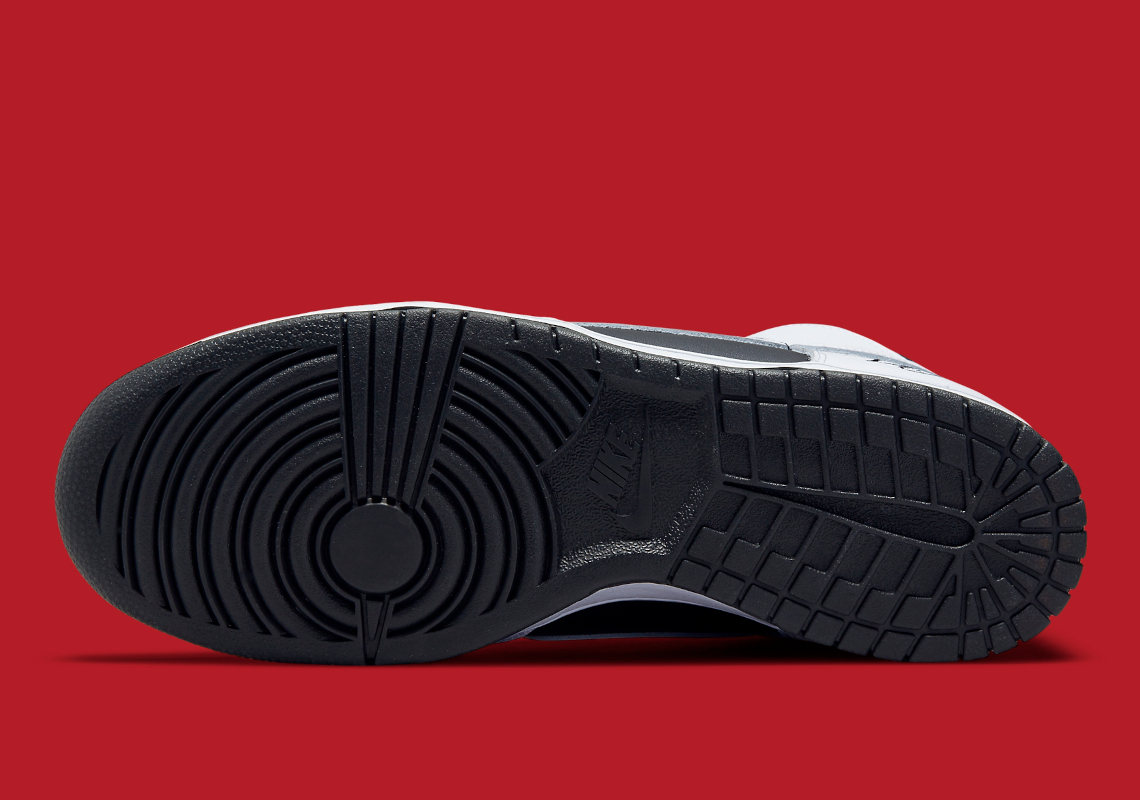 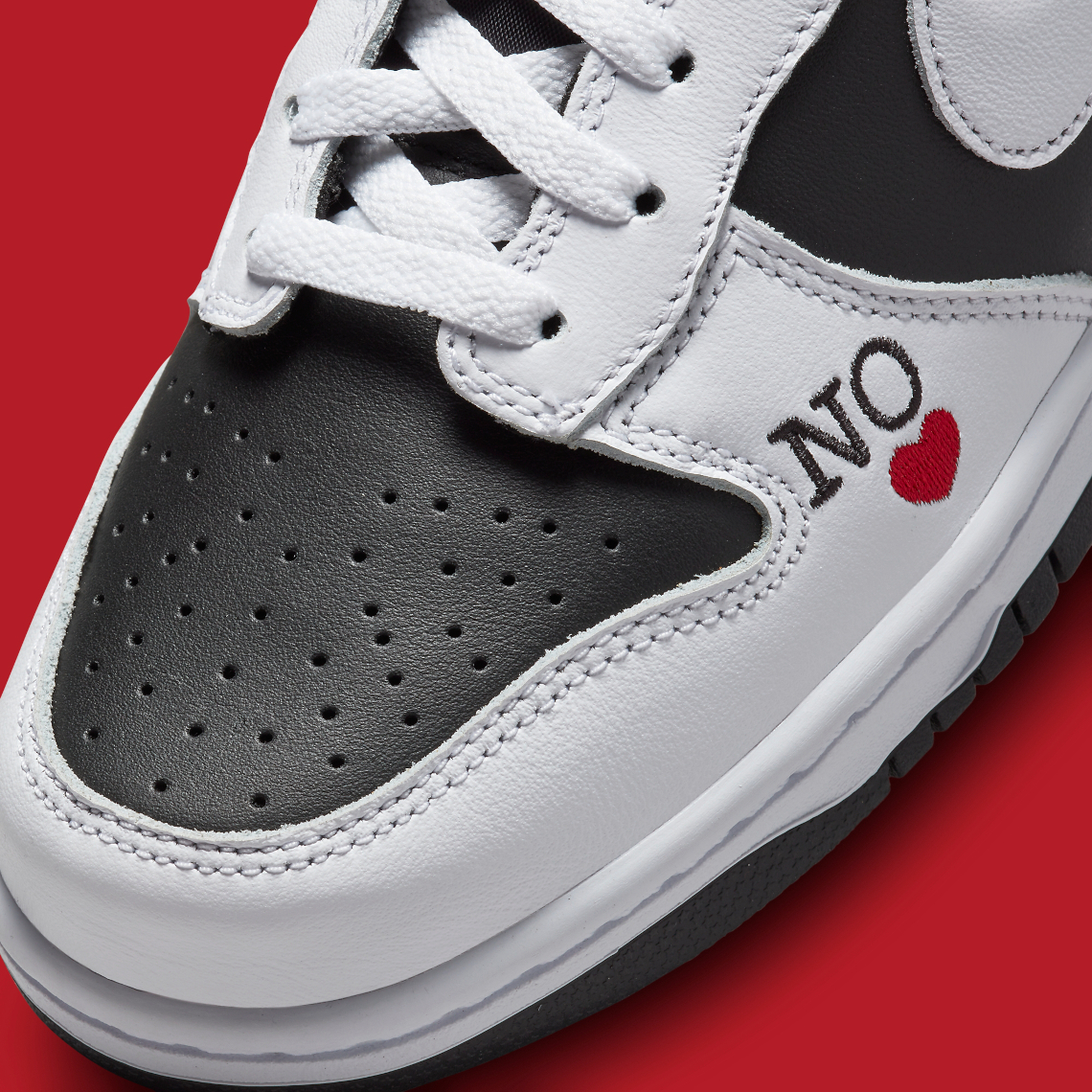 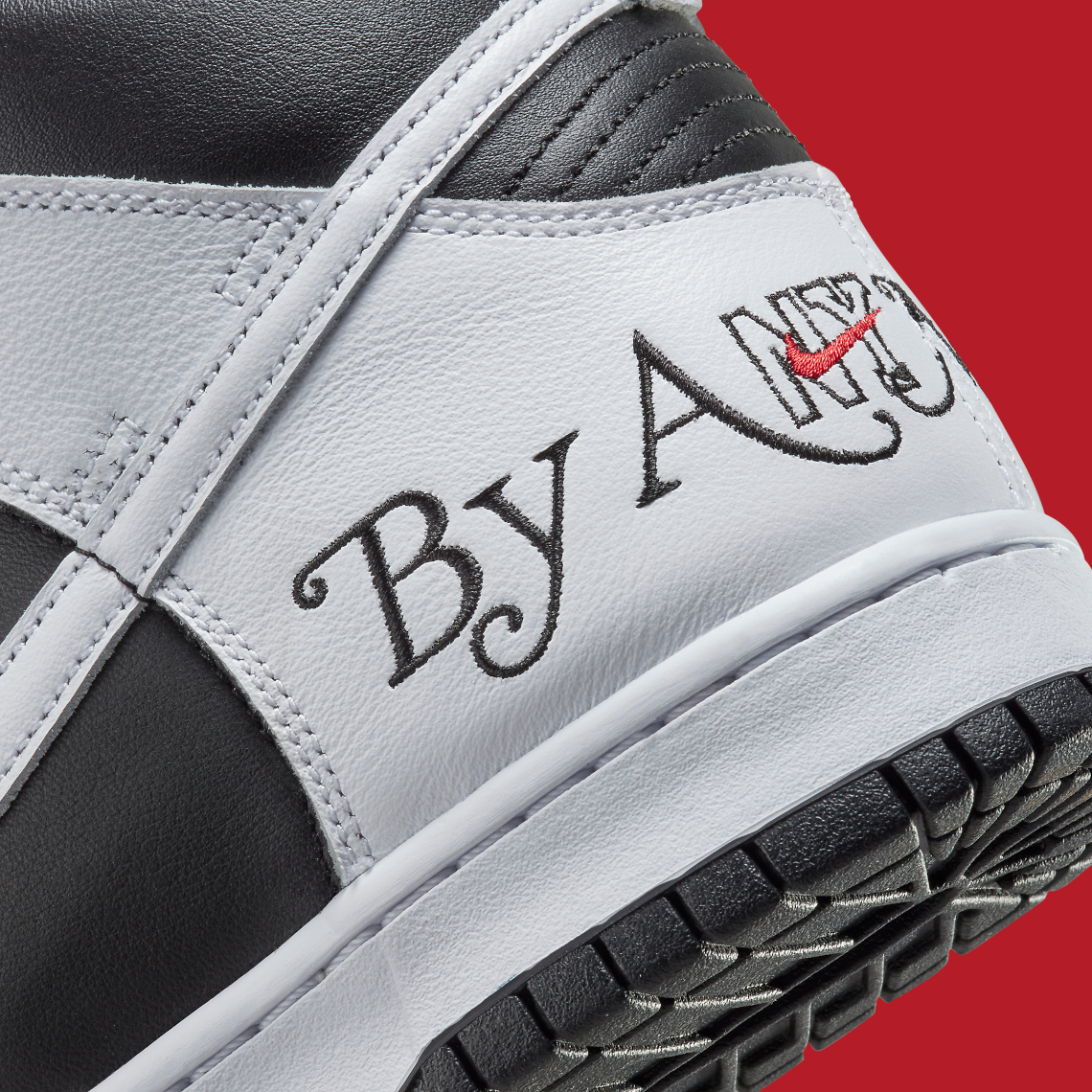 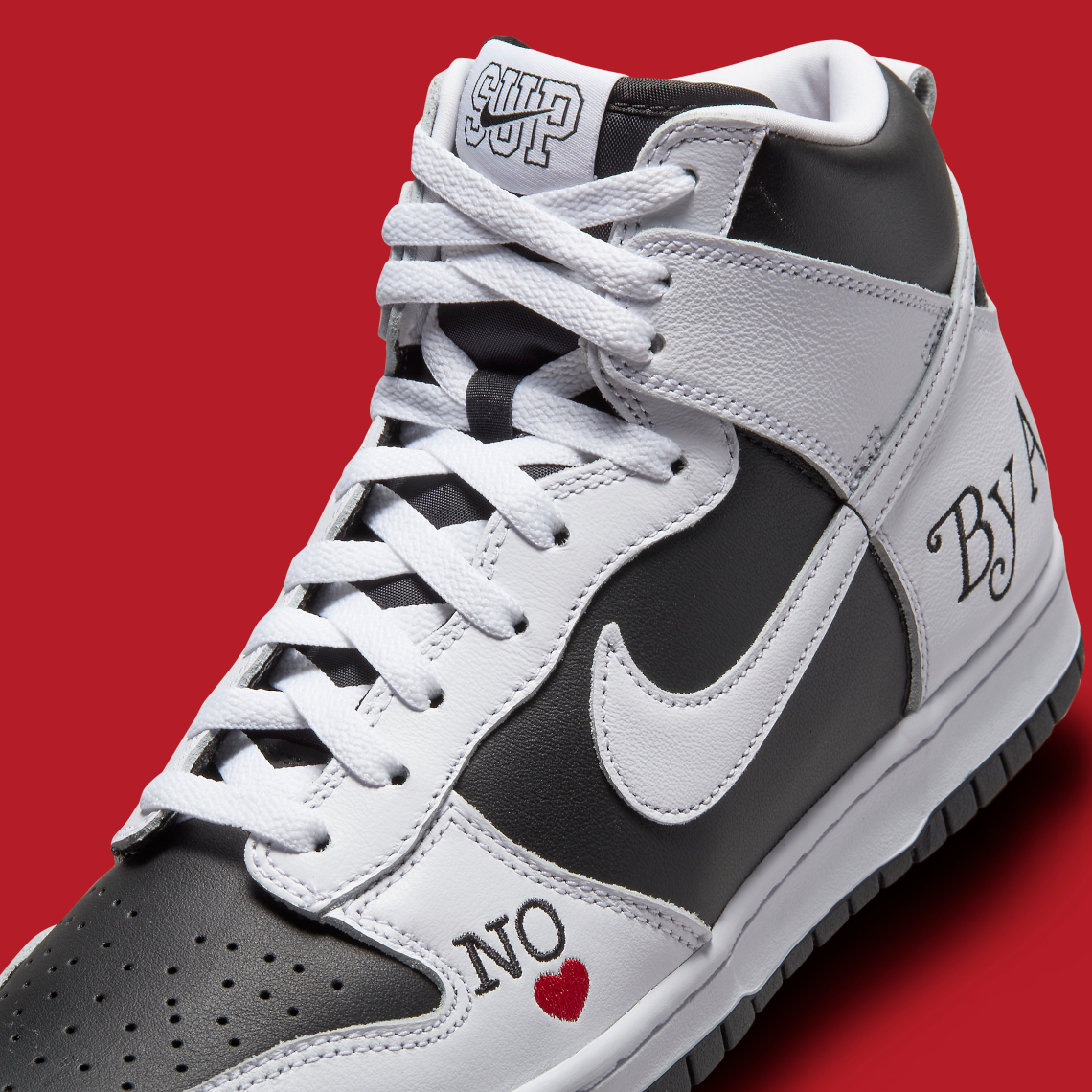 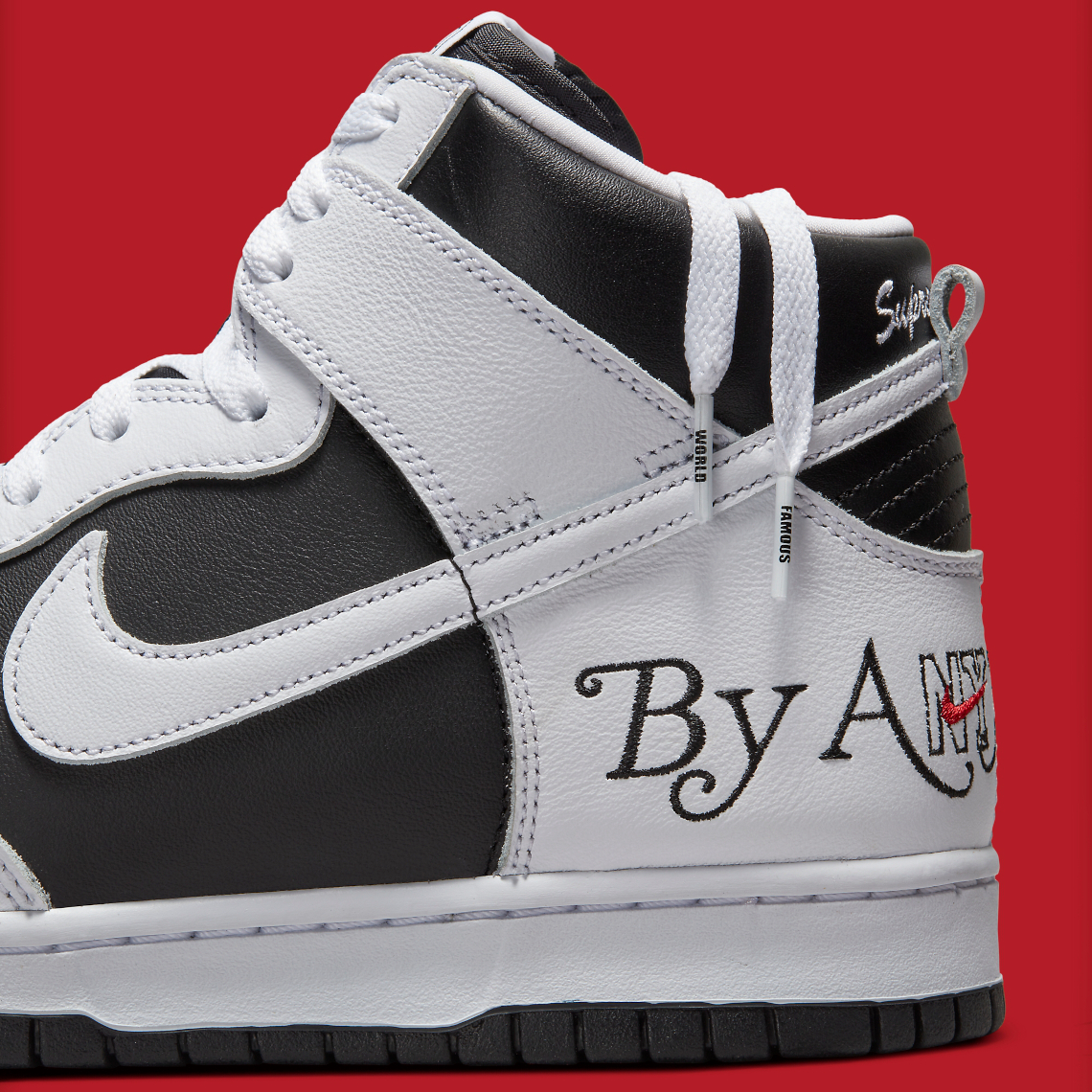 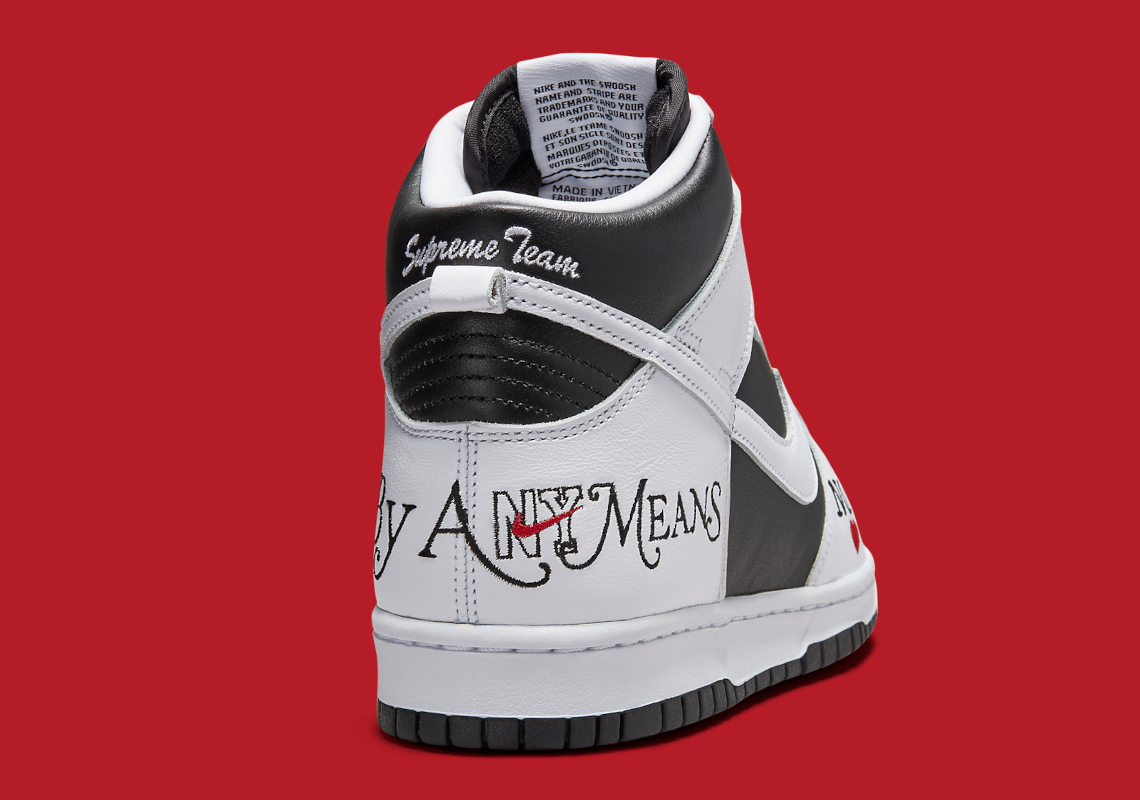 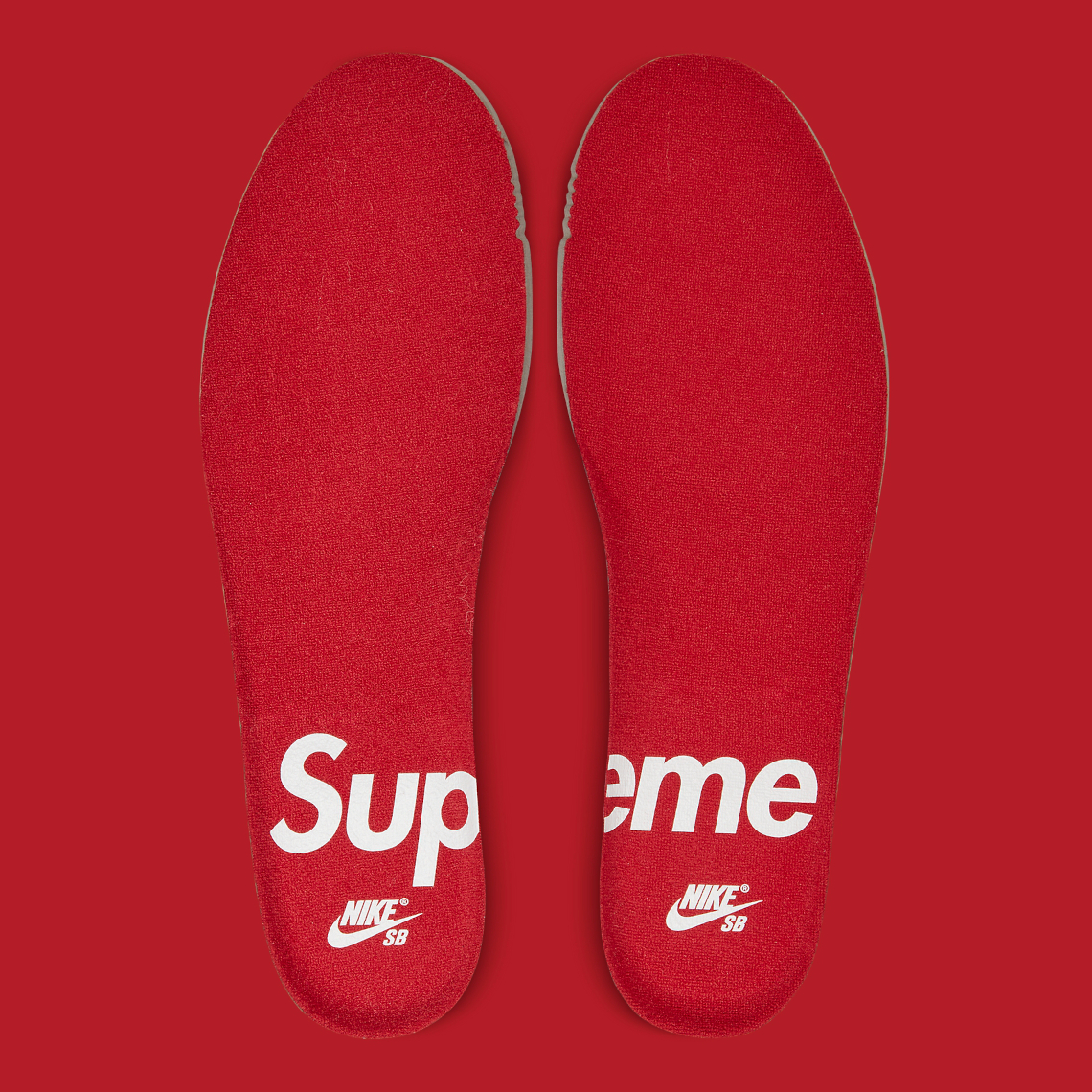 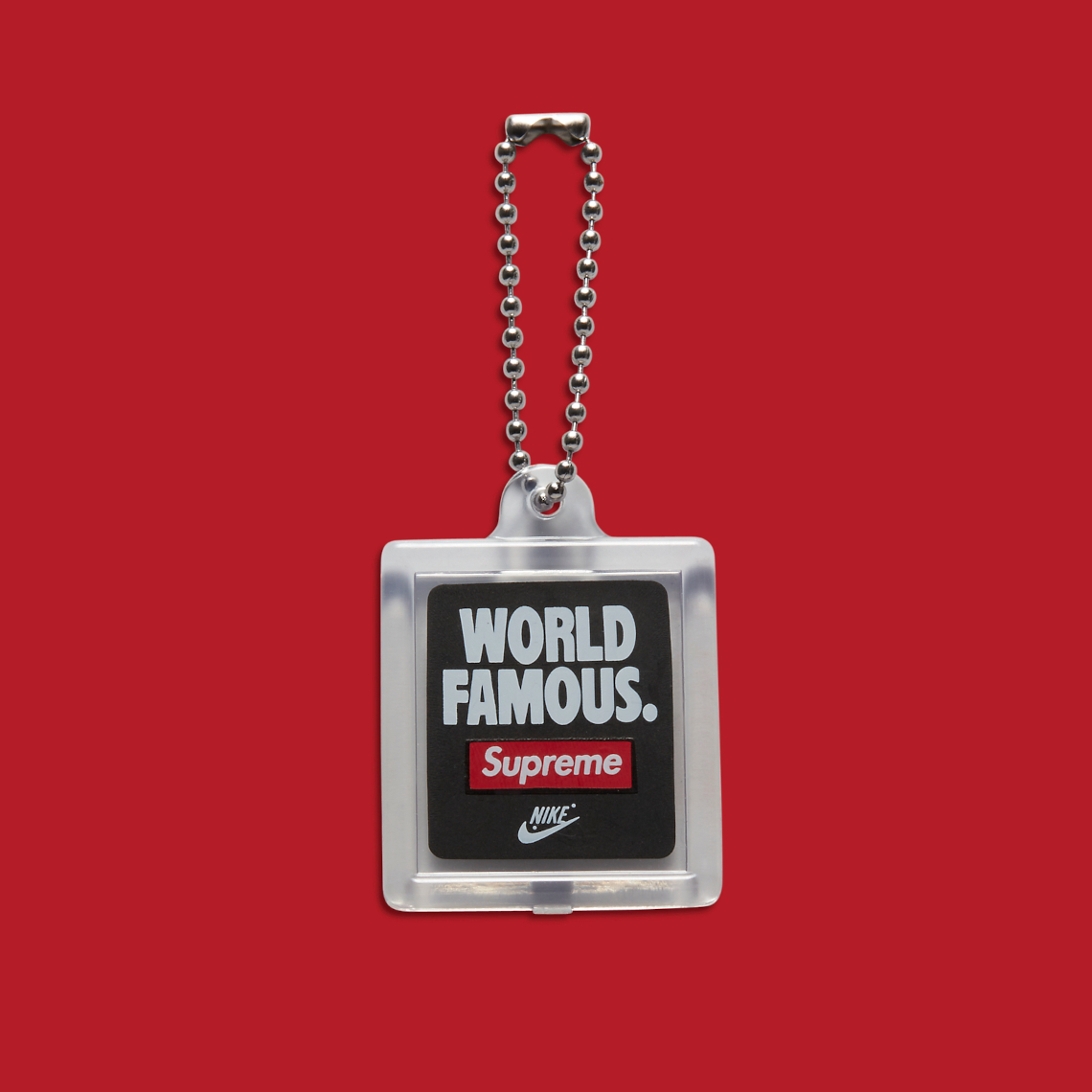 The post Official Images Of The Supreme x Nike SB Dunk High “By Any Means” appeared first on Sneaker News.

The post Official Images Of The Supreme x Nike SB Dunk High “By Any Means” appeared first on Sneaker News.