Whether a devoted or fledgling fan, the upcoming Gundam x Nike SB collaboration is sure to check many a box. A subtle, loose emulation of a physical kit, the ensuing Dunk High mirrors the feel, construction, and aesthetic of the “Banshee,” a brother unit to the white-colored RX-0 Unicorn.

But while the mech itself is distinct, it’s proxy is near identical to the “White/Amarillo” pair revealed officially this past week. All of the exterior features are structurally identical, delivering the same custom toe box, reinforced overlays, and detachable V-Fin inspired Swoosh. The colorway is what sees the biggest change, opting for black and navy throughout the upper and a reddish orange along the trims and insignia.

For a detailed look at the Gundam x Nike SB Dunk High “Banshee,” check out the official images below. A Nike SNKRS release date is sure to be announced very soon.

In other news, have you seen the Air Jordan 5 Blue Bird? 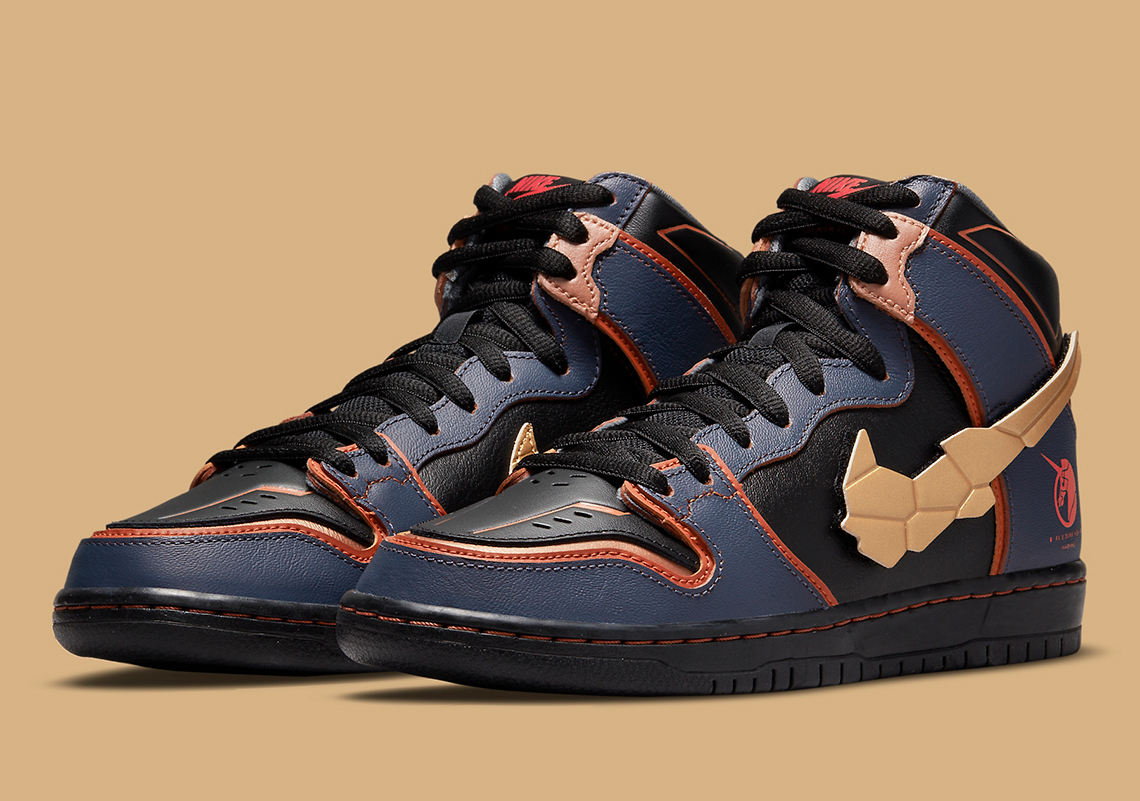 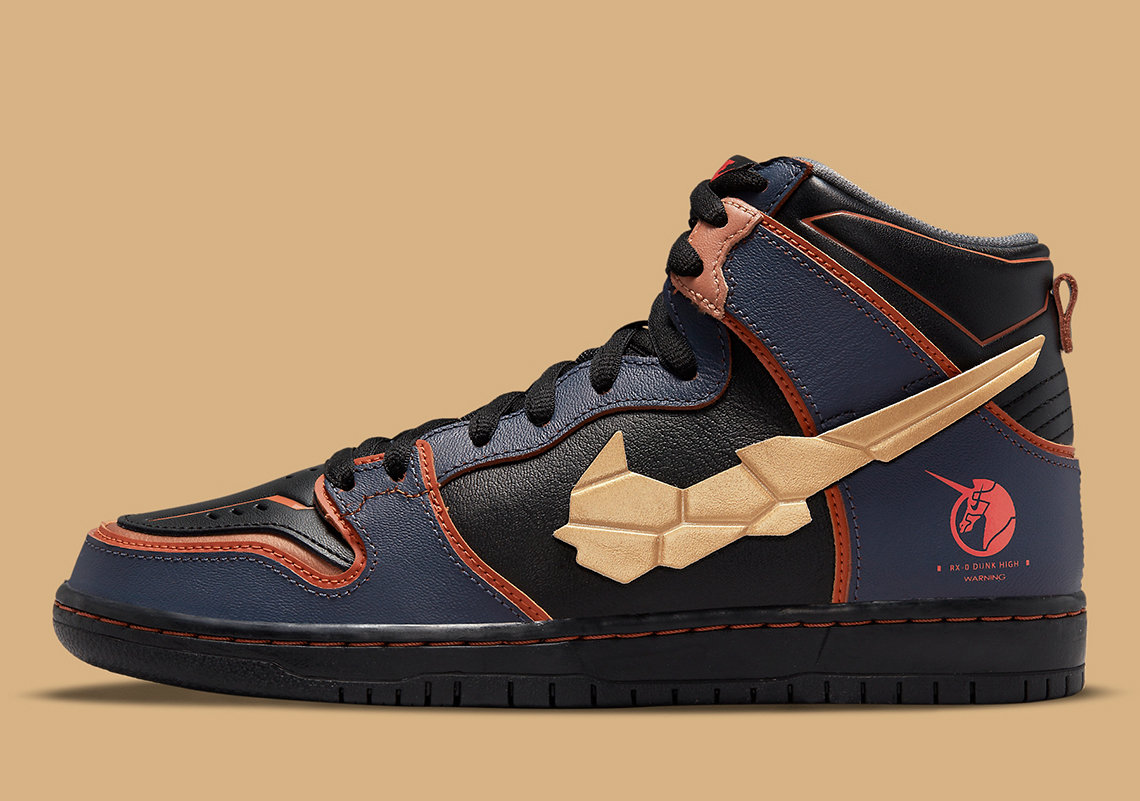 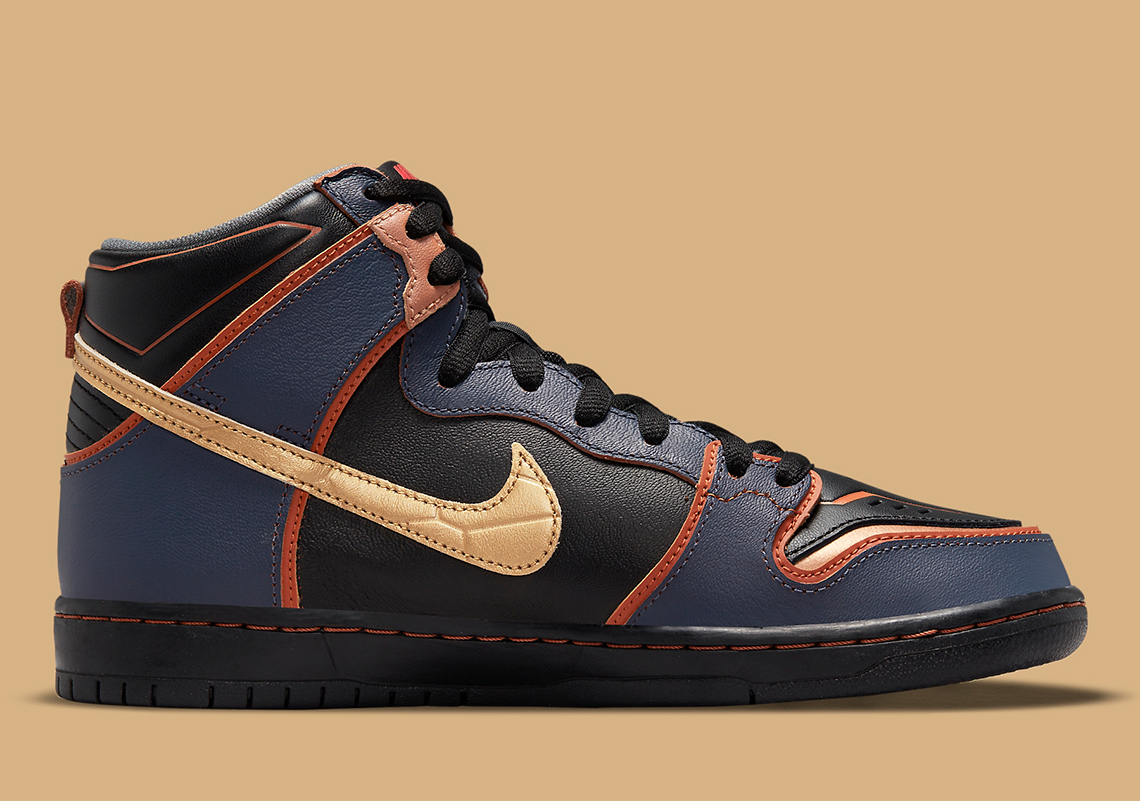 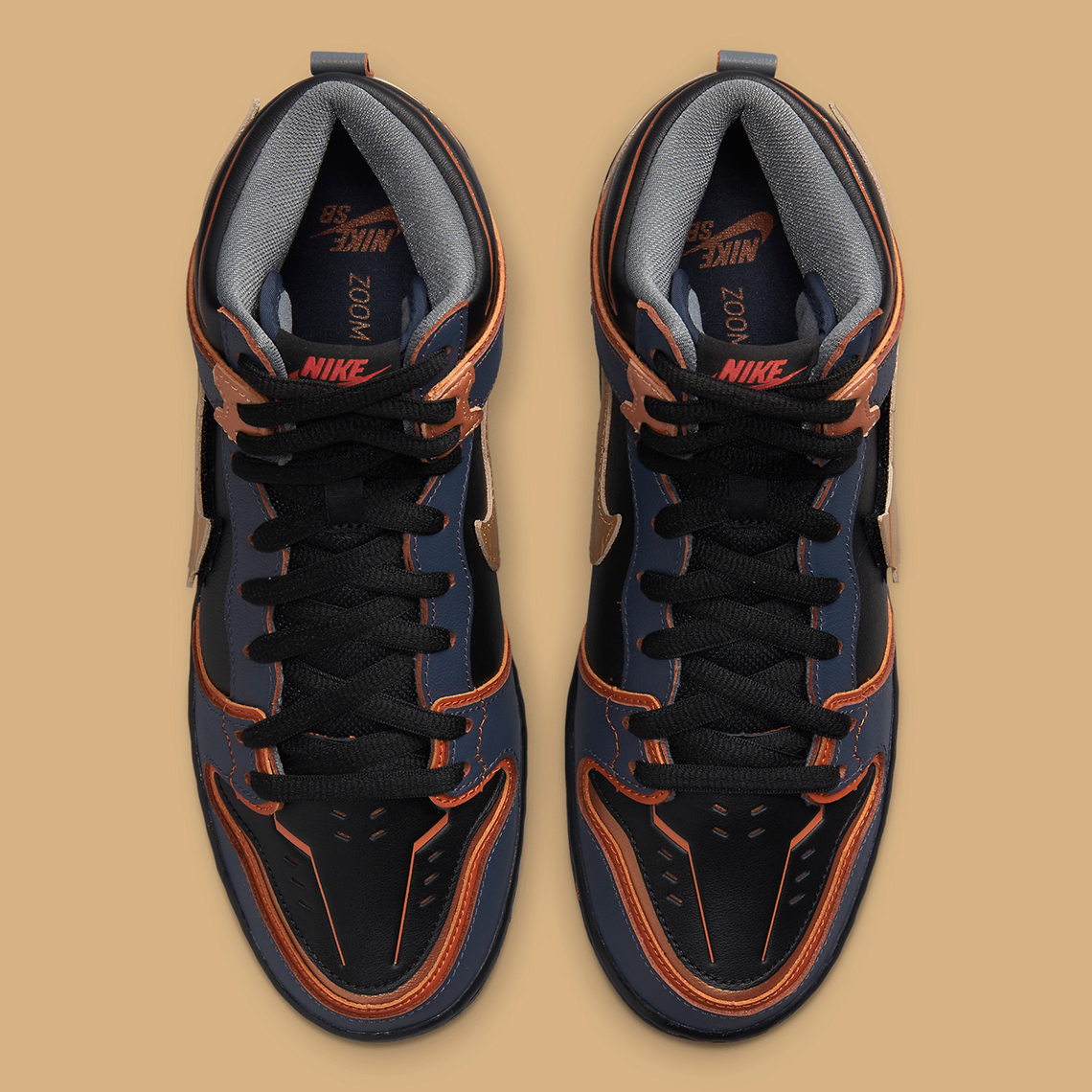 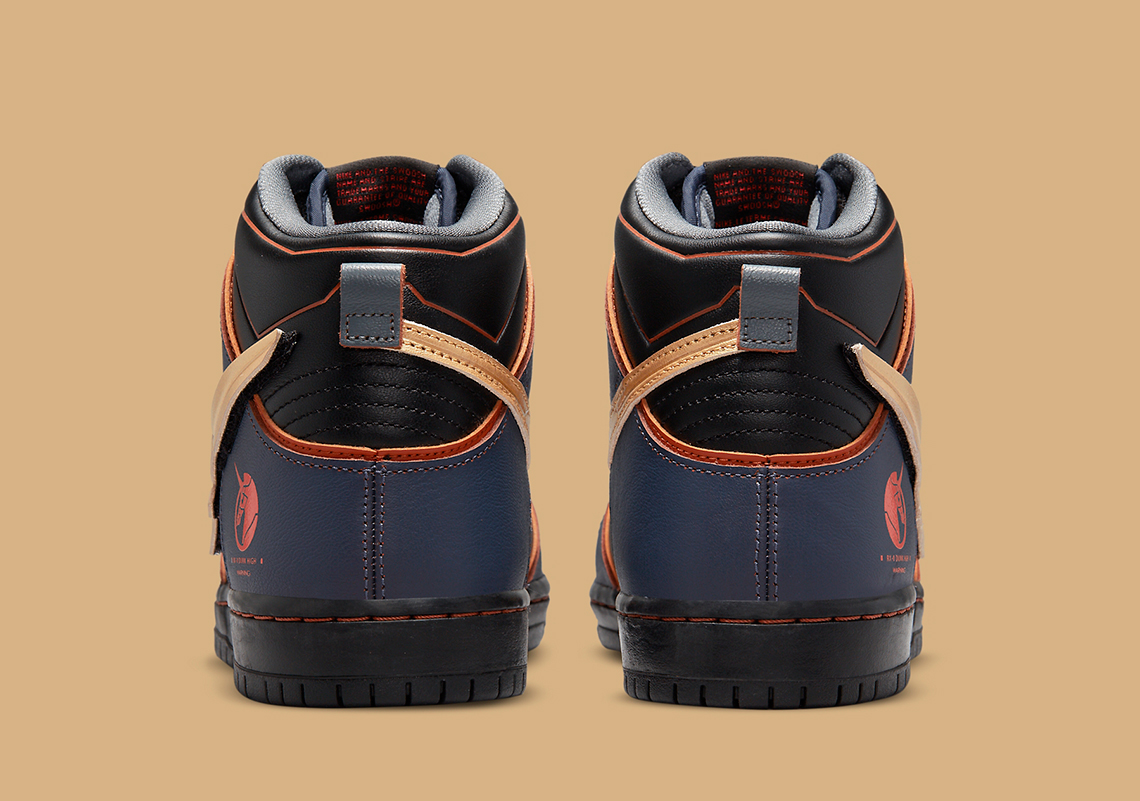 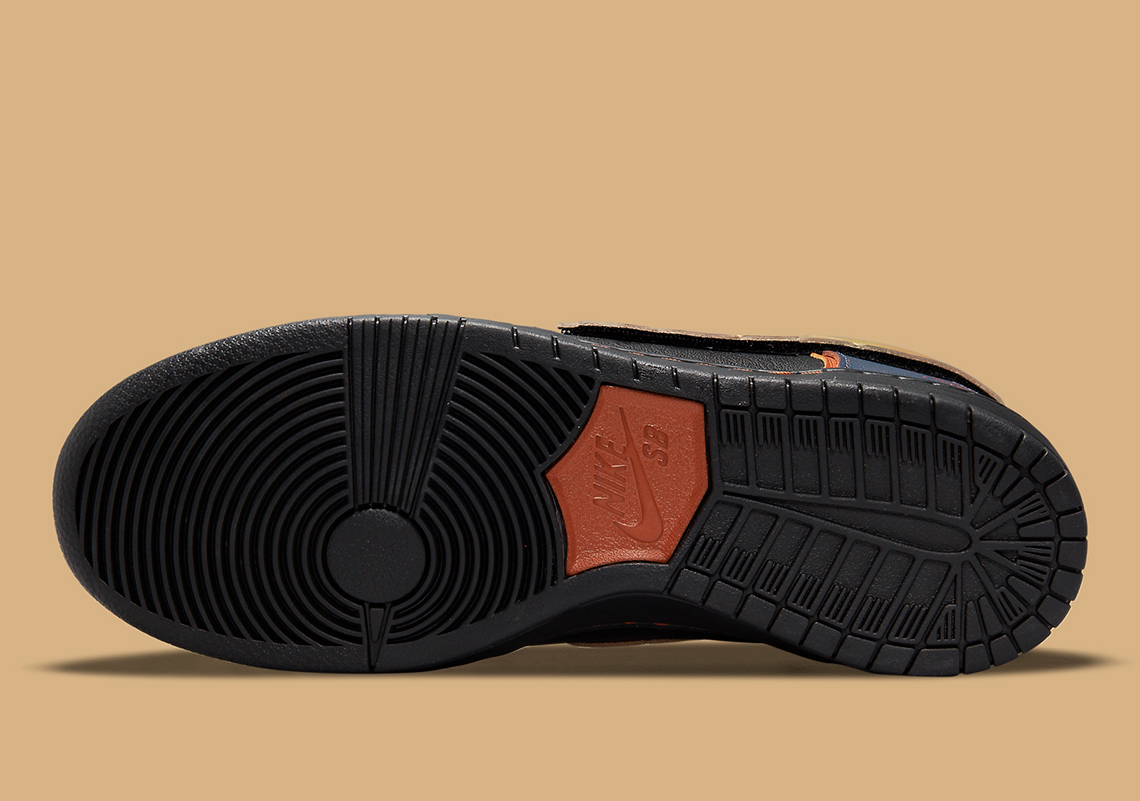 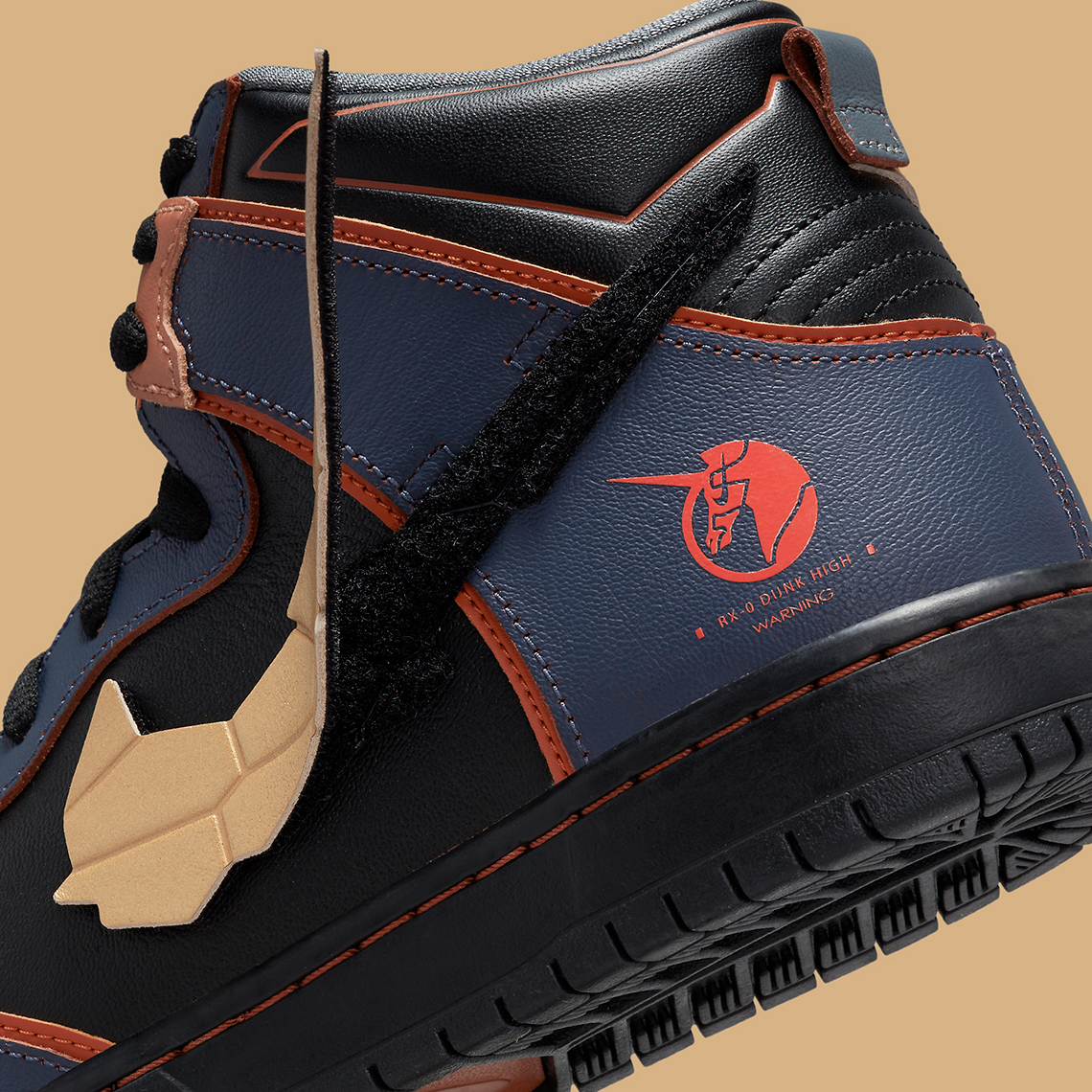 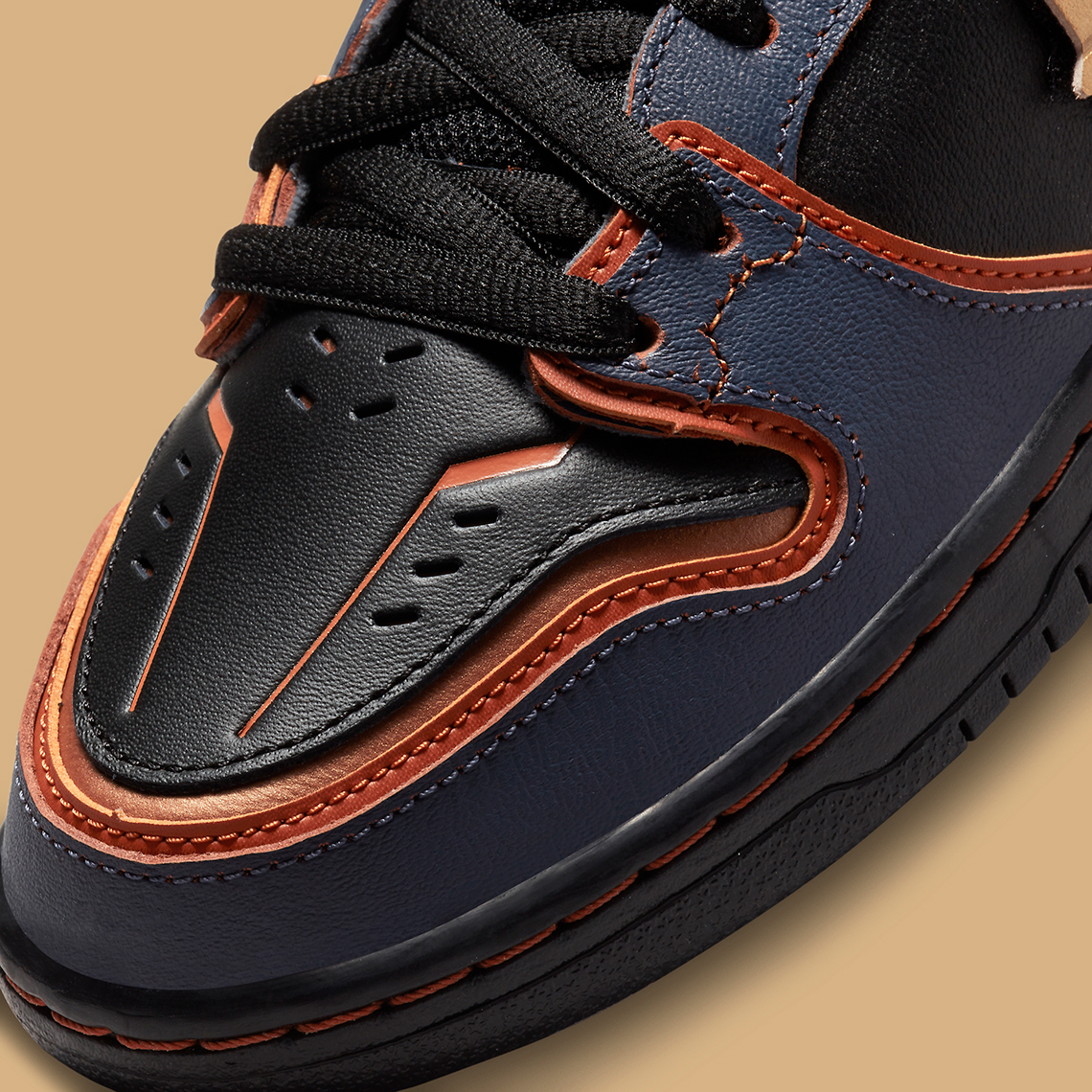 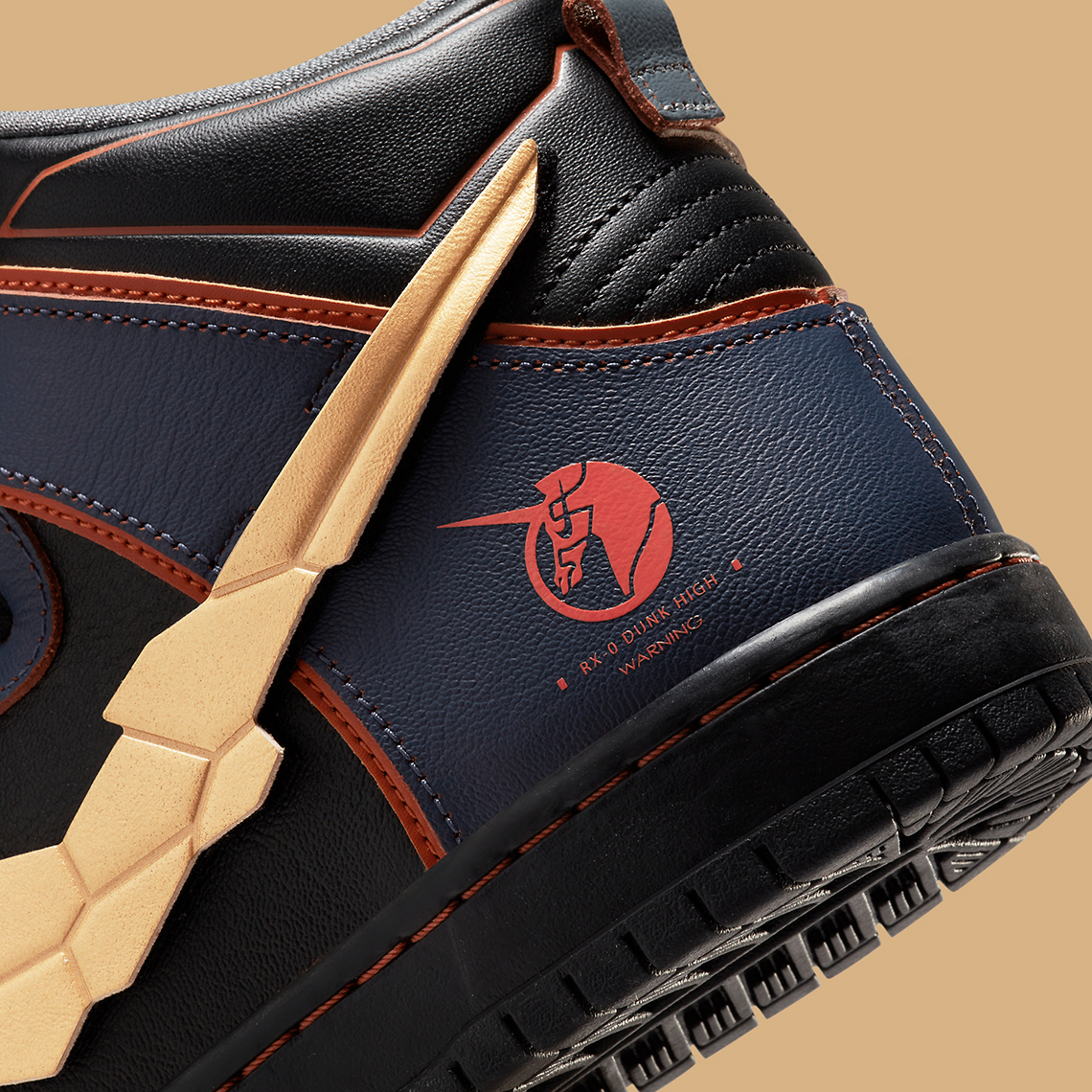 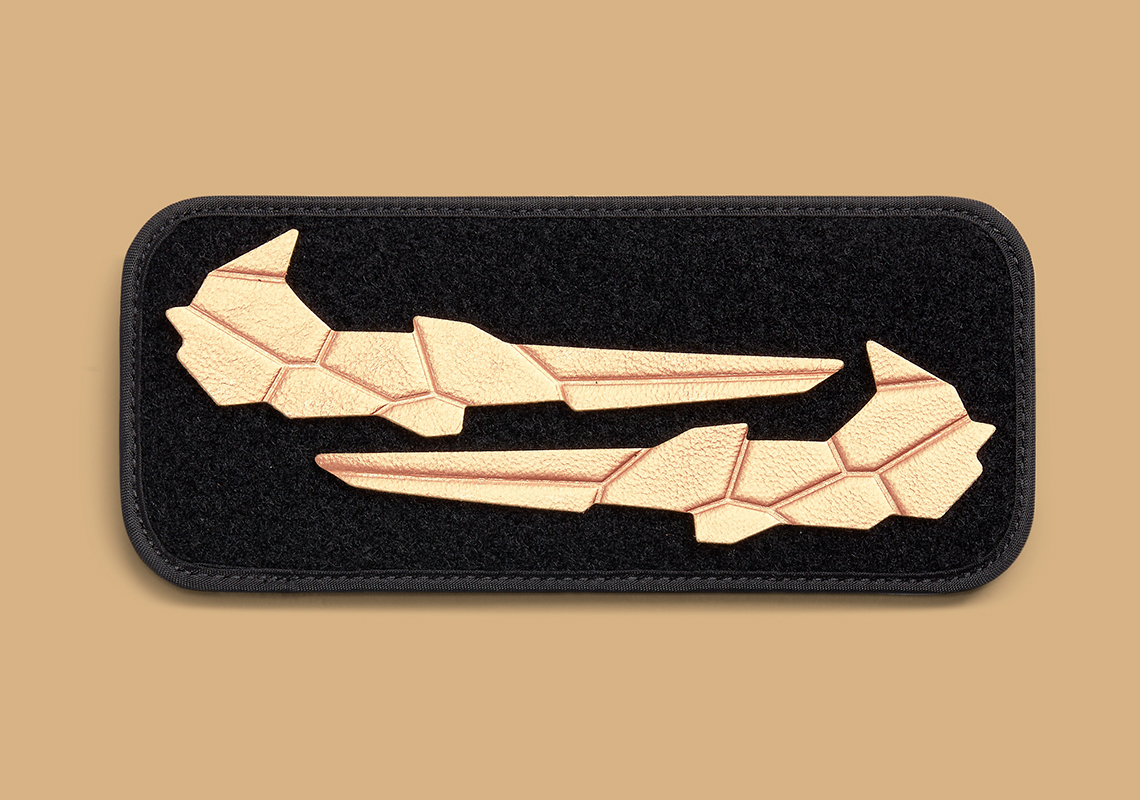 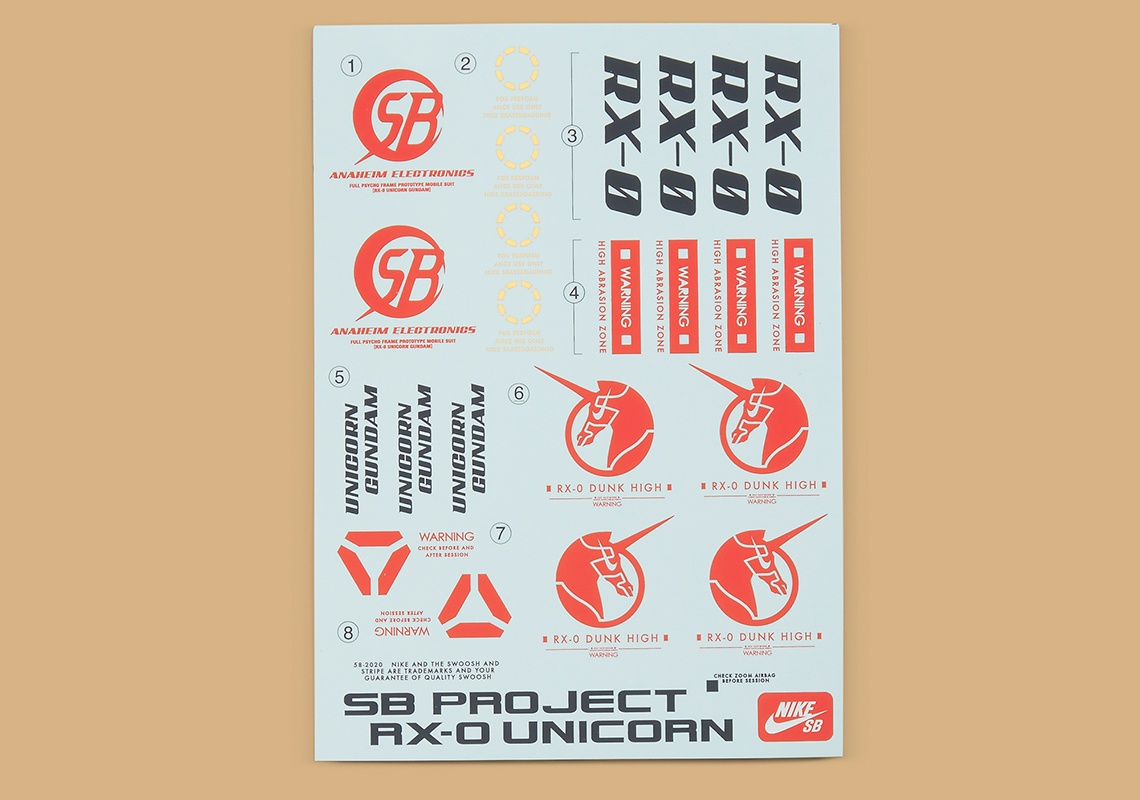