Official Images of the adidas NMD S1 in White 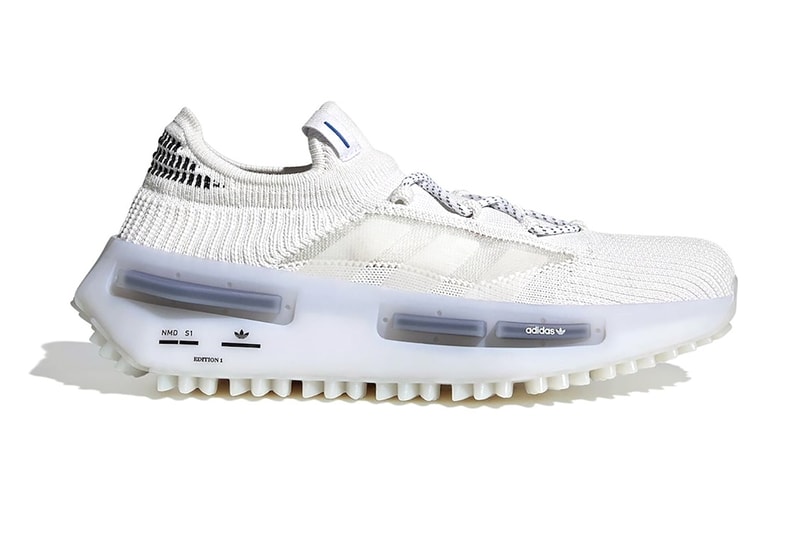 adidas is in preparation to further advance the lineage of its popular NMD with a brand new silhouette — the adidas NMD S1. This model first surfaced on the Internet via longtime Three Stripes roster member Pharrell Williams, and now official images of its forthcoming white colorway have finally emerged.

This evolutionary silhouette still keeps the PrimeKnit upper constructions consistent, but makes drastic modifications to its bottom unit that allow it to stand on its own. For this particular installment, the knitted base layers are crafted in white, and host a near-translucent window on the quarter panels which allow you to see its Three Stripe branding more clearly. Black block panels show face on the higher parts of the heels, while the laces are decorated with black polka dot patterns throughout.

Below, the midsole unit arrives with futuristic sensibility as it bears a milky appearance and features a trio of thin block molds shoved into the heel and forefoot. Branding is positioned in the front in the form of an angelic Trefoil logo while the heels spell out "NMD S1", "Edition 1" and another Trefoil insignia in black. Additionally, the outsoles are manufactured with a barrage of triple stacked Trefoils that also form its hefty traction.

At the time of writing, no release date has been confirmed yet, but you can likely expect them to release via adidas in the coming weeks.