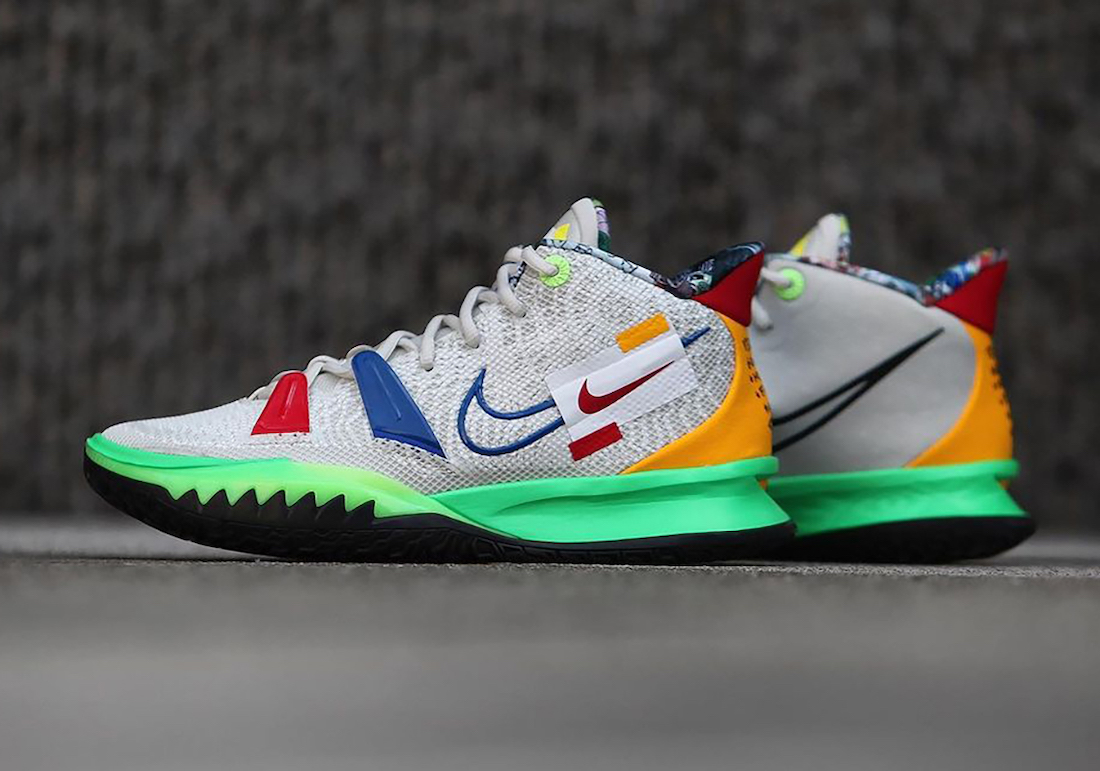 Nike Basketball and Kyrie Irving will launch a new colorway of his current signature shoe, the Kyrie 7, which is inspired by his hobbies off the court.

This Nike Kyrie 7 comes with White across the base while accents of Red, Blue, and Yellow appear throughout. Next, Neon Green lands on the upper eyelets which also covers the outsole of the shoe. Yellow lands on the heel which has a list of Irving’s love of Sports, Music, Film, and Art. Lastly, a Black rubber outsole finishes the look.

Below, you can check out more images of the Nike Kyrie 7 ‘Visions’ that will give you a closer look. A release will take place soon at select retailers and Nike.com. The retail price is $130. Once we have more information, we will make sure to update you. 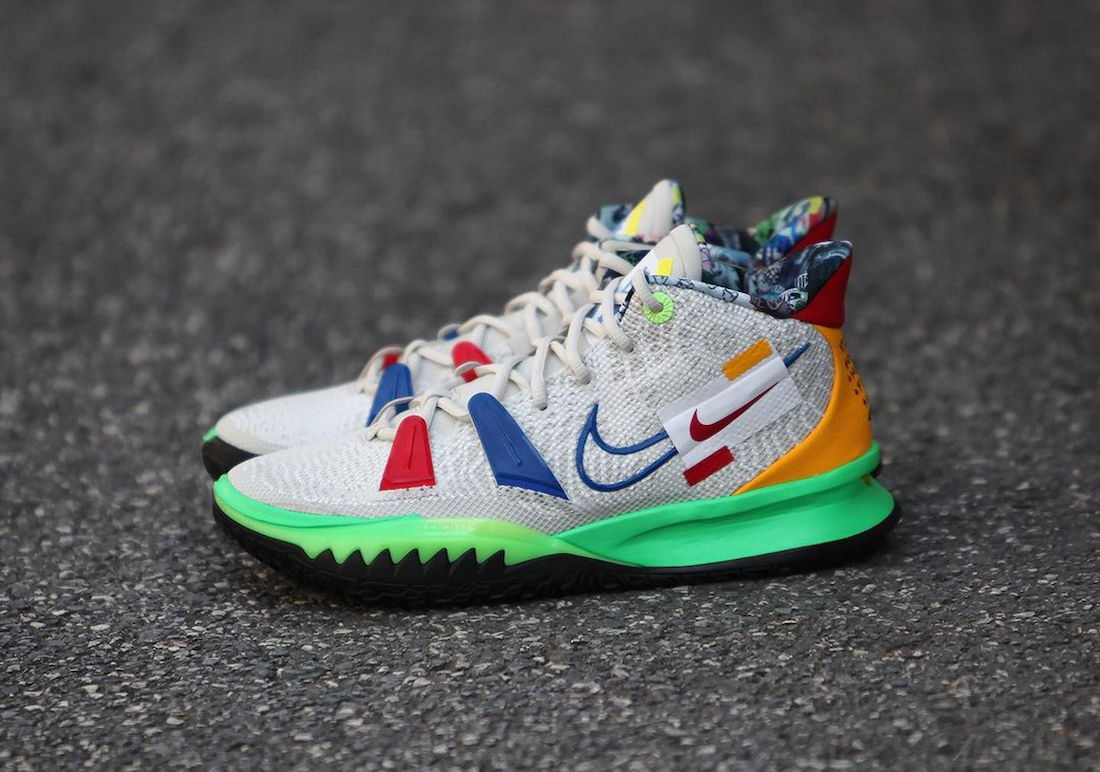 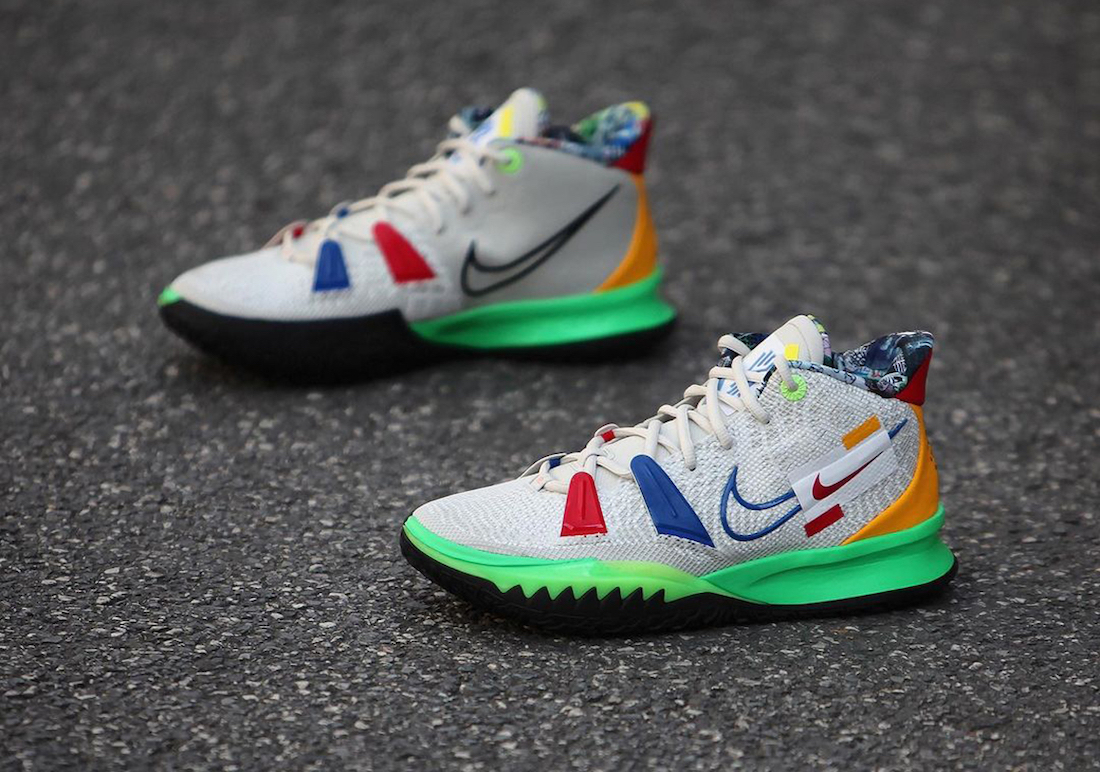 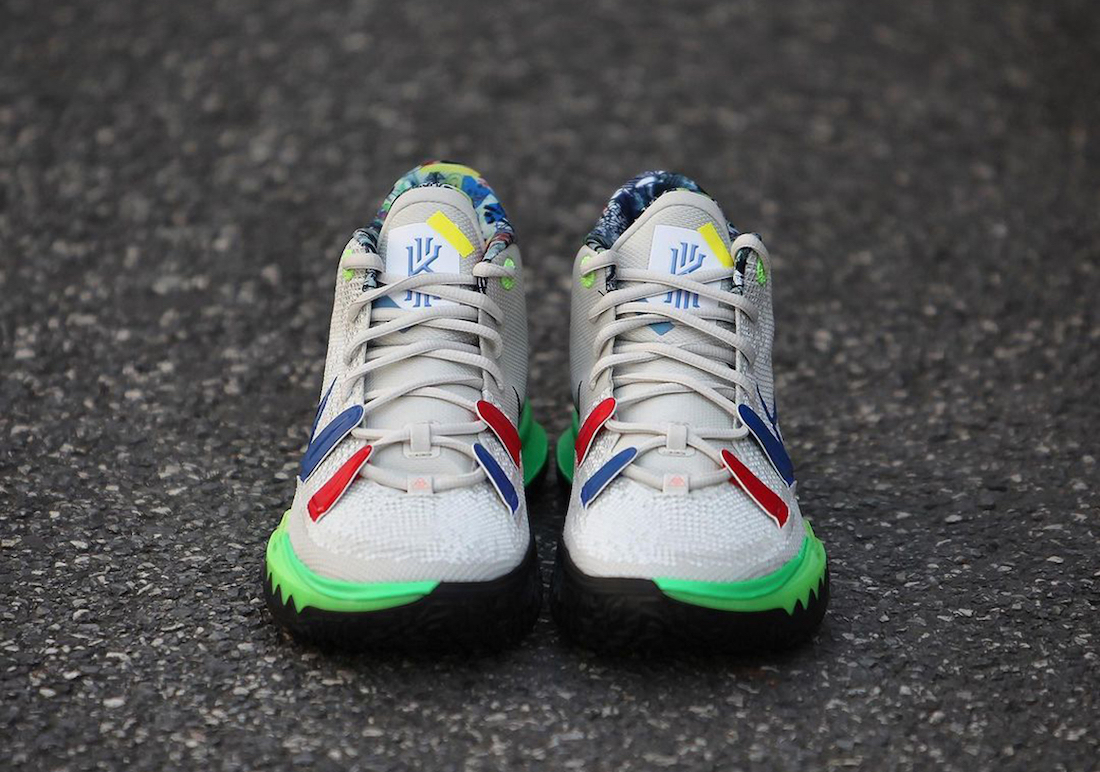 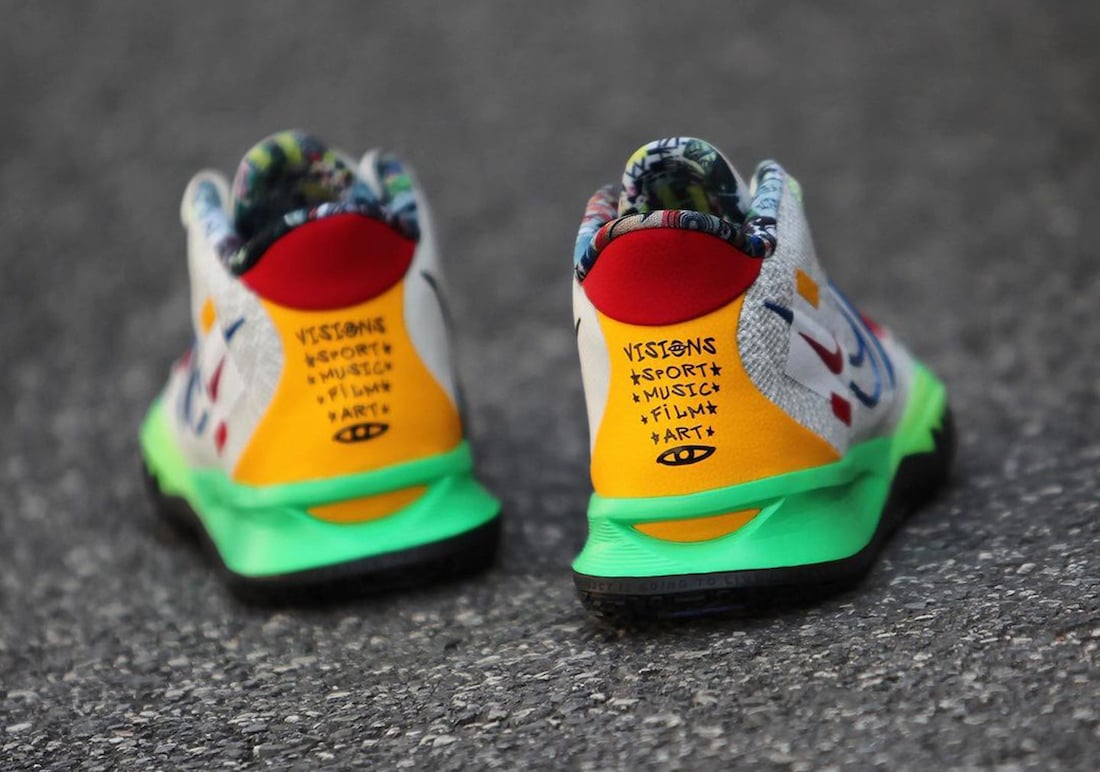 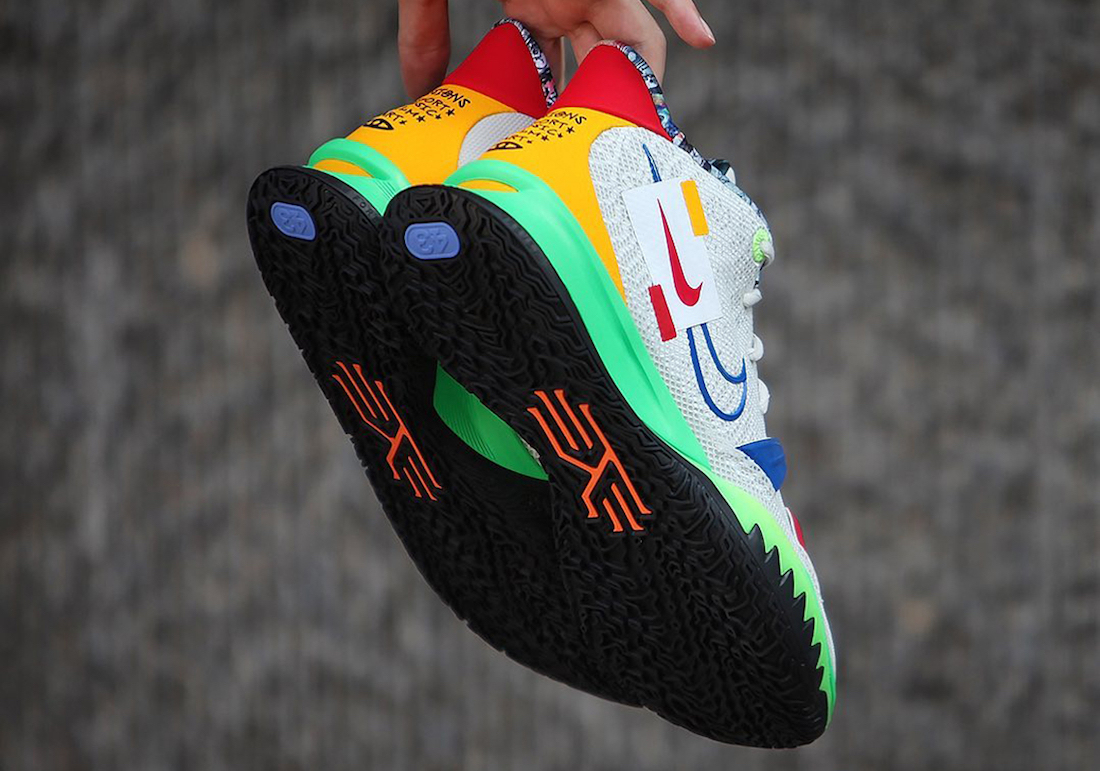 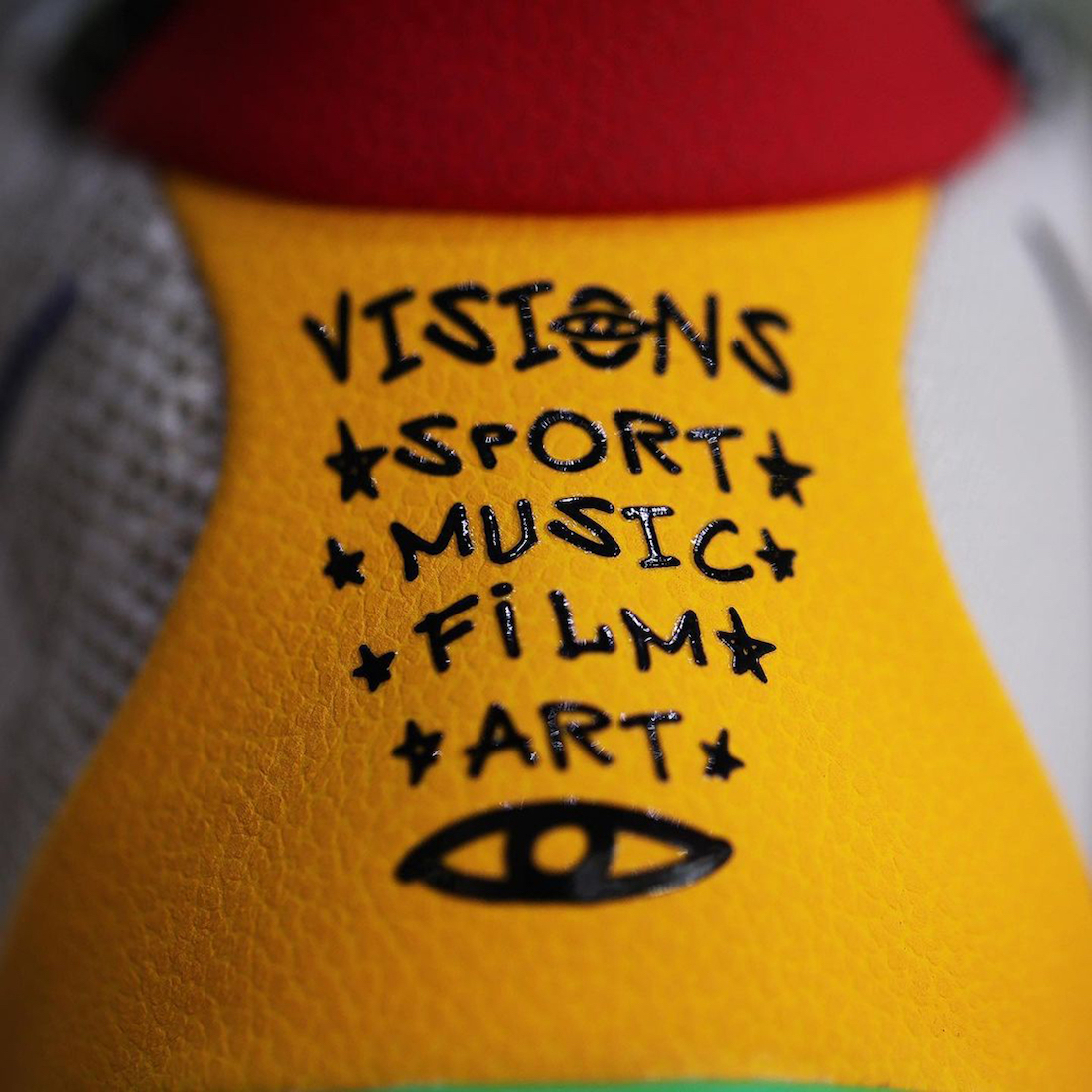