With Kyrie Irving’s latest Nike project, the athlete is fighting for world peace, dressing his newest signature — the Kyrie 7 — in a positive “1 World 1 People” theme. Following its pink-clad debut, the pack is to grow by yet another: a bright yellow alternate marked by all of the same upbeat messages.

At a glance, the colorways bears a passing resemblance to the Spongebob-inspired Kyrie 5. Both the mesh along the side as well as the more robust, leather-upholstered heel and tongue appear in a bright yellow, complementing the aqua blue that touches up part of the midsole and the two TPU “fingers” opposite the black and red sections. Elsewhere, the latter hue further pops along the Air Zoom Turbo unit, purples accent the inside lining and topmost eyelet, while counter threads with the collection’s namesake.

For a closer look, peer below at the official images. A release is sure to arrive soon at select retailers and Nike.com.

In other news, the Air Jordan 12 Twist releases this weekend. 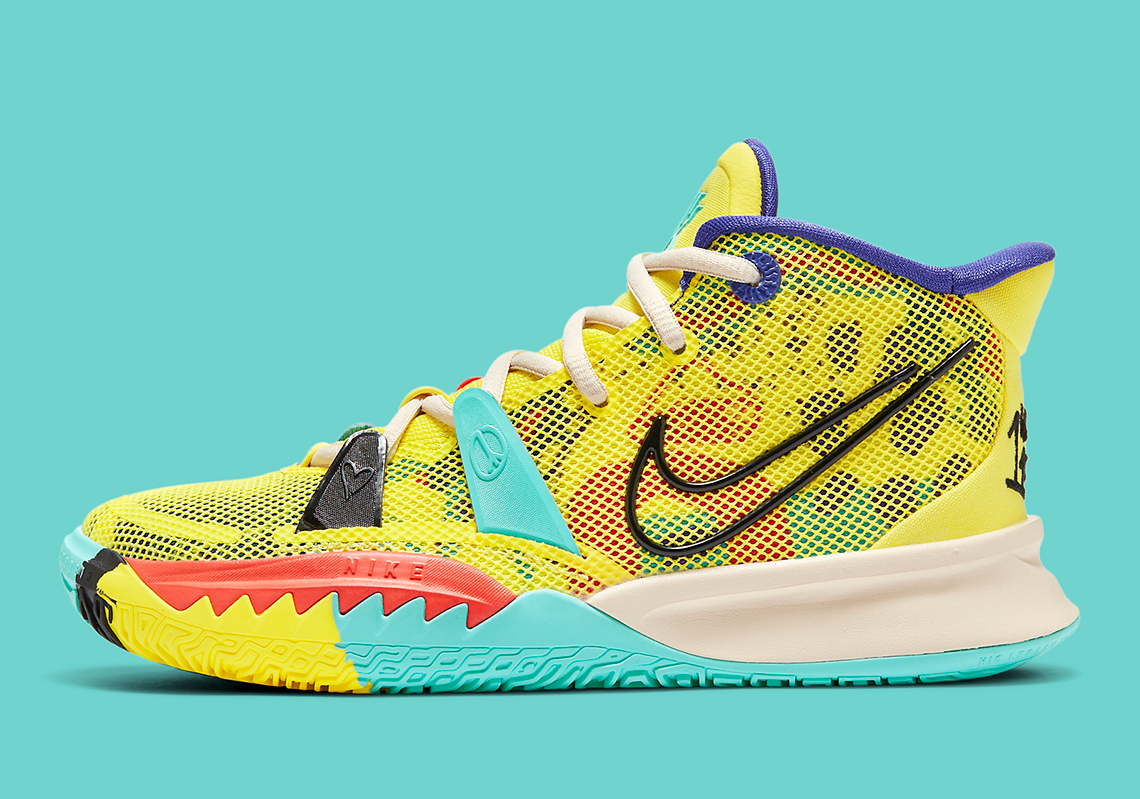 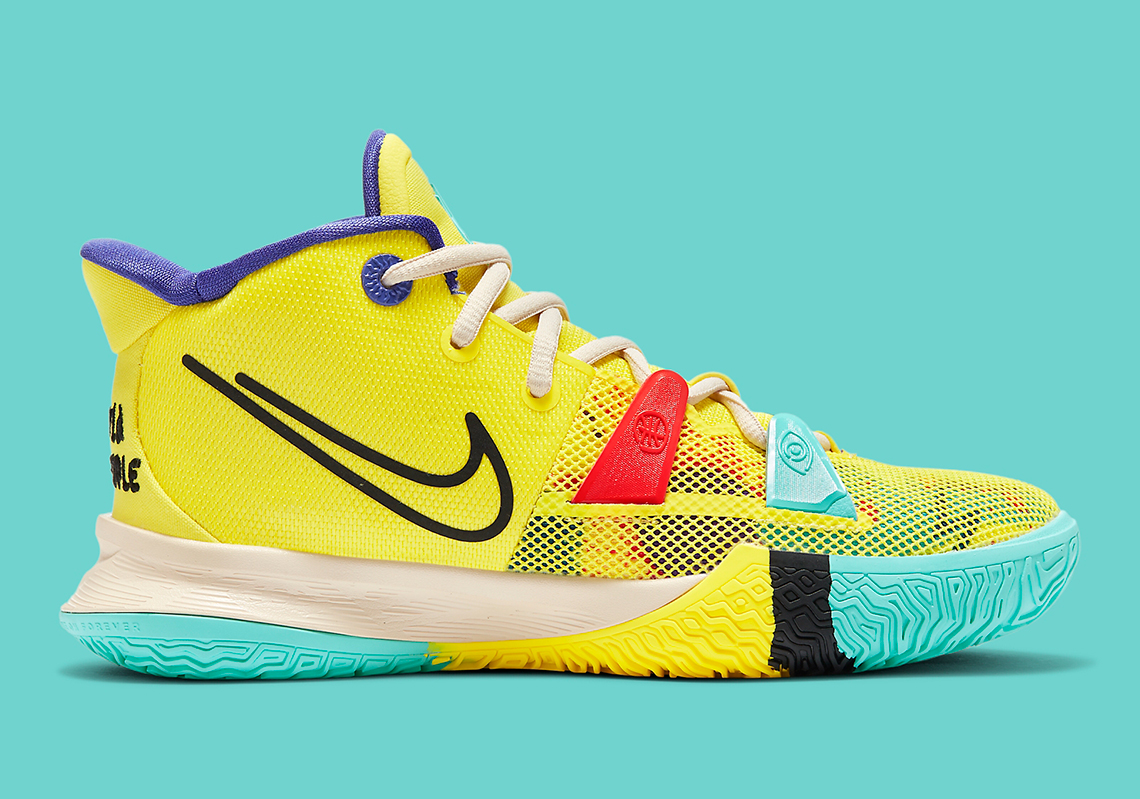 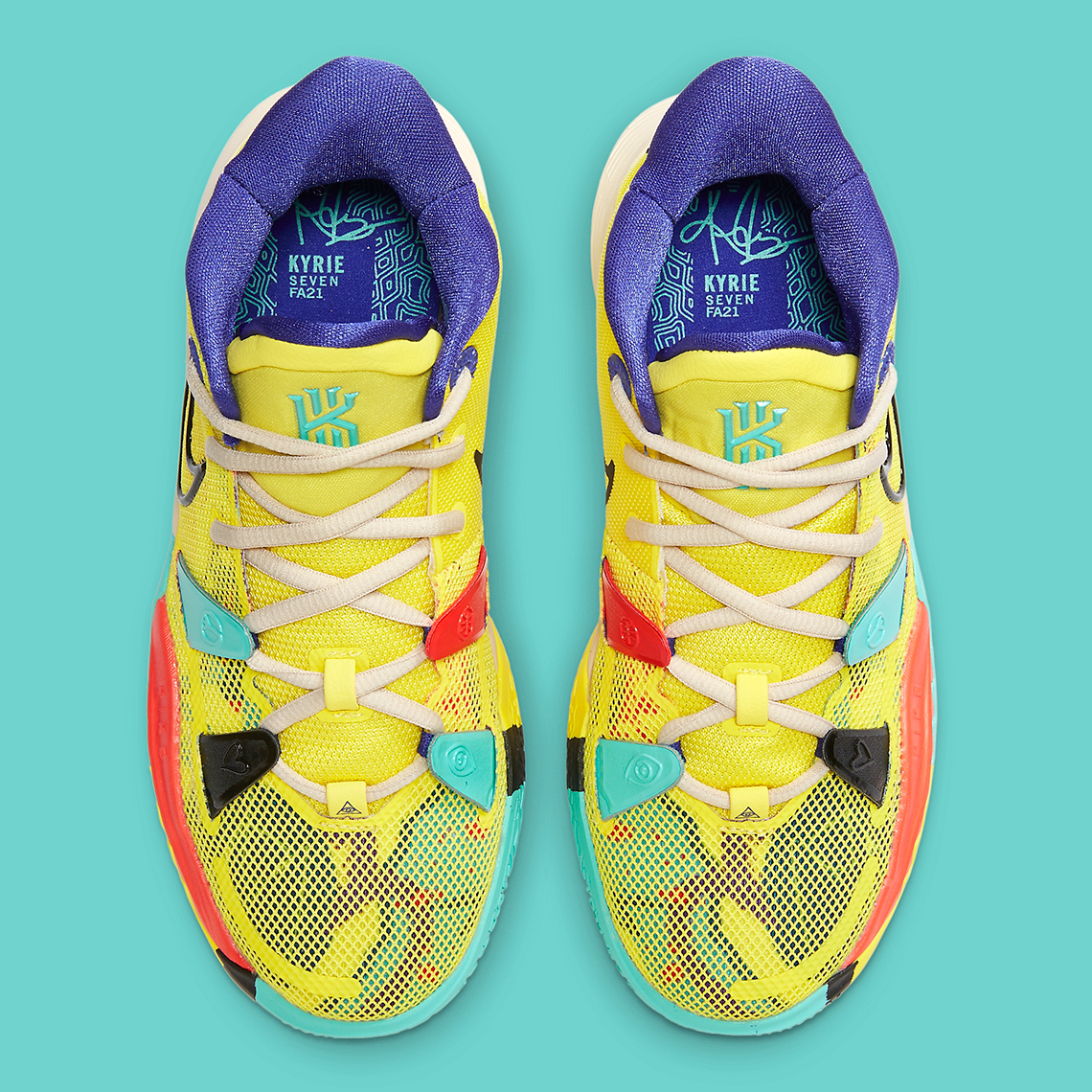 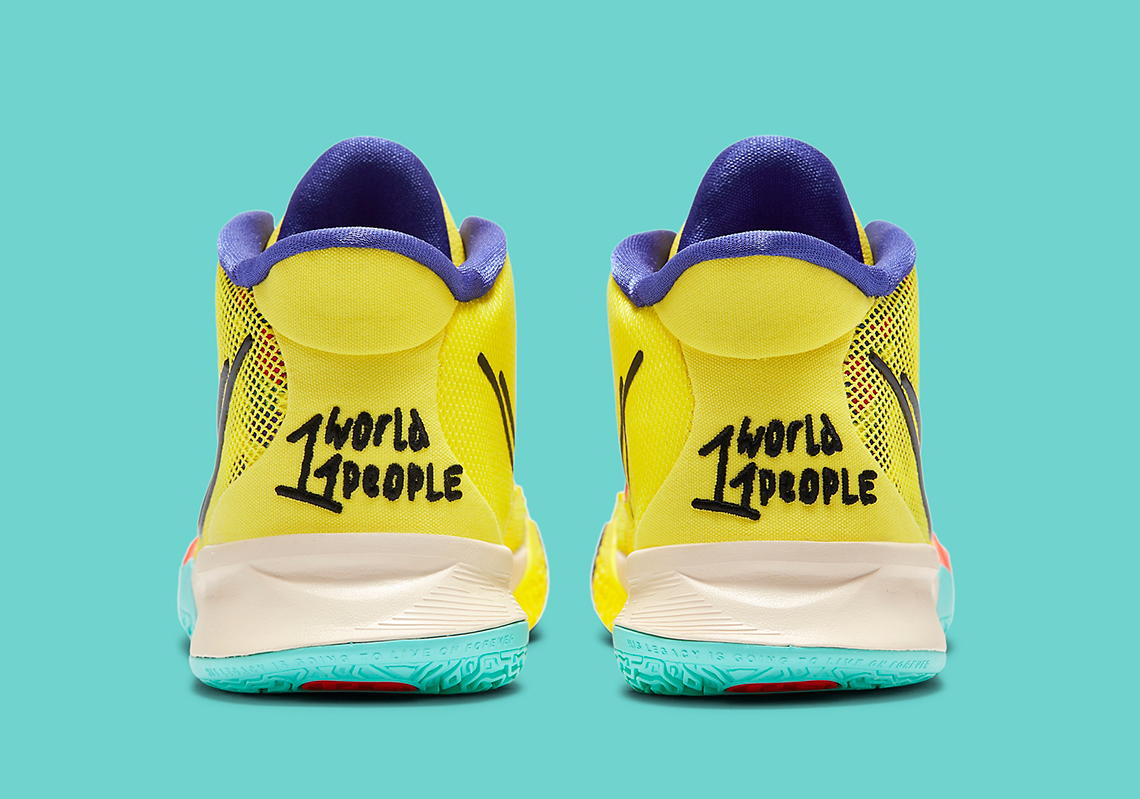 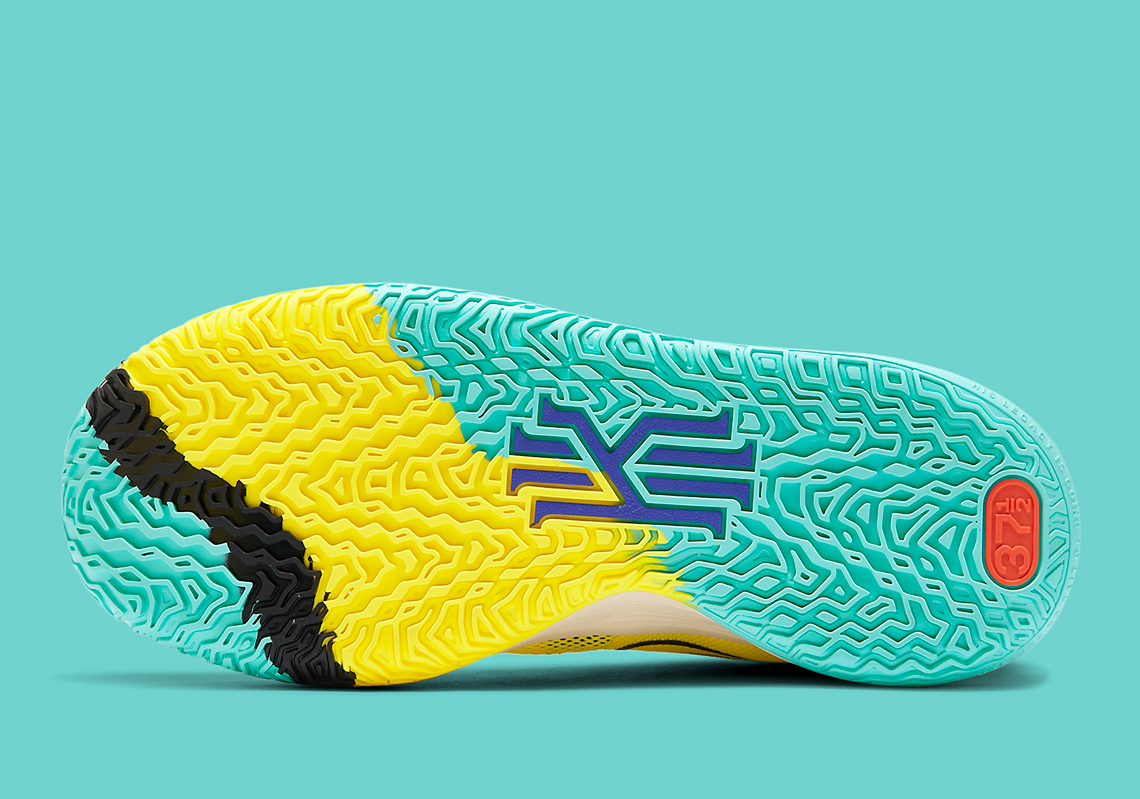 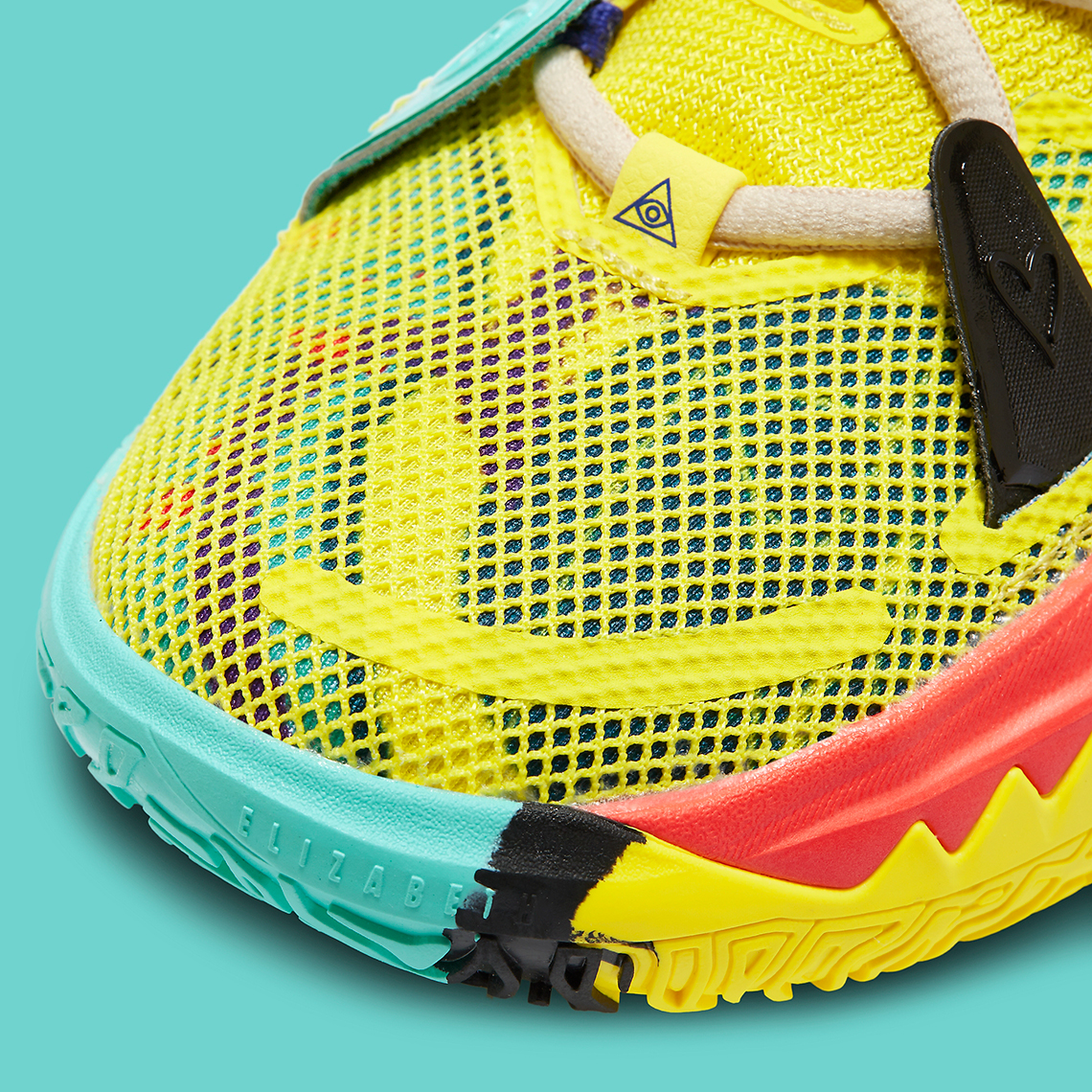 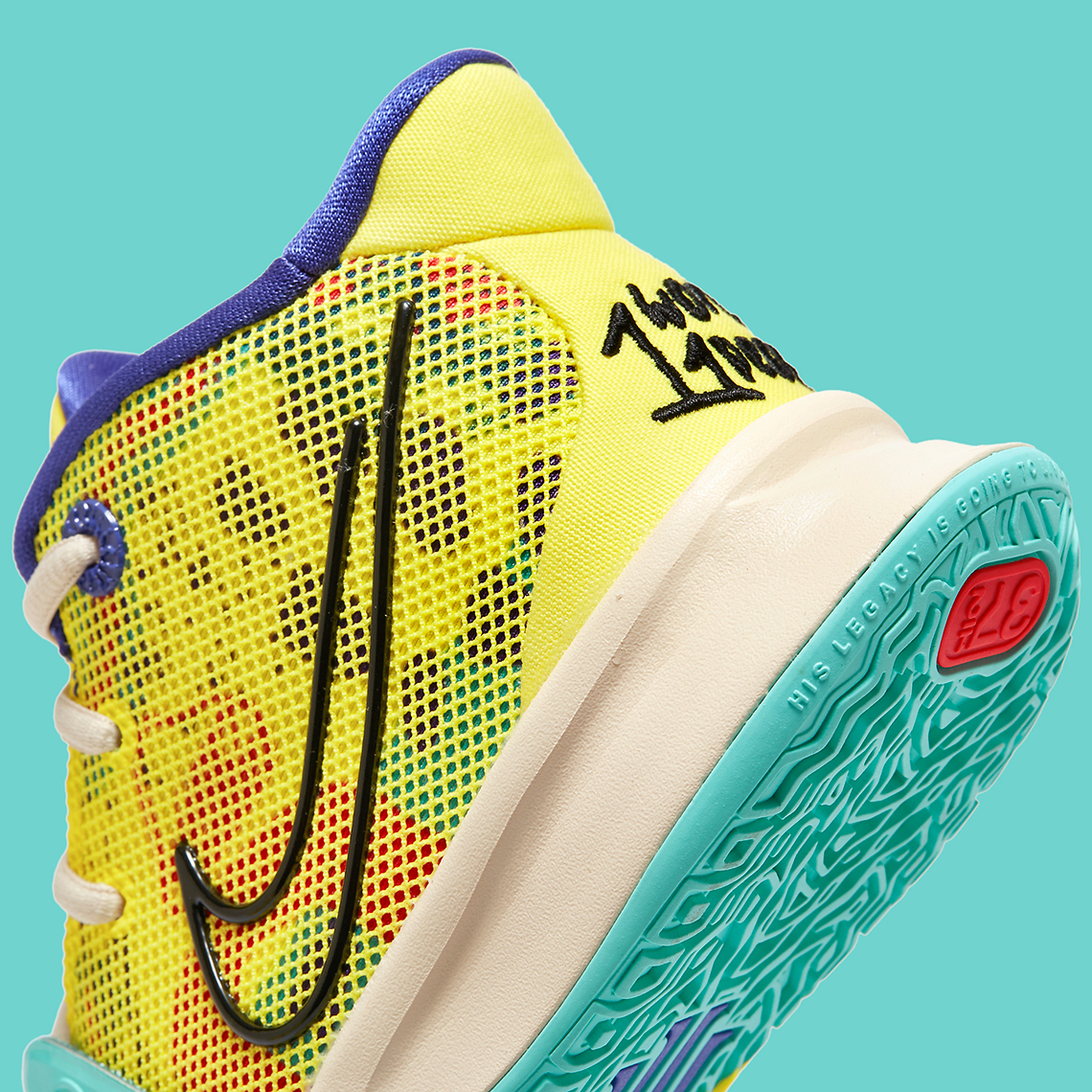 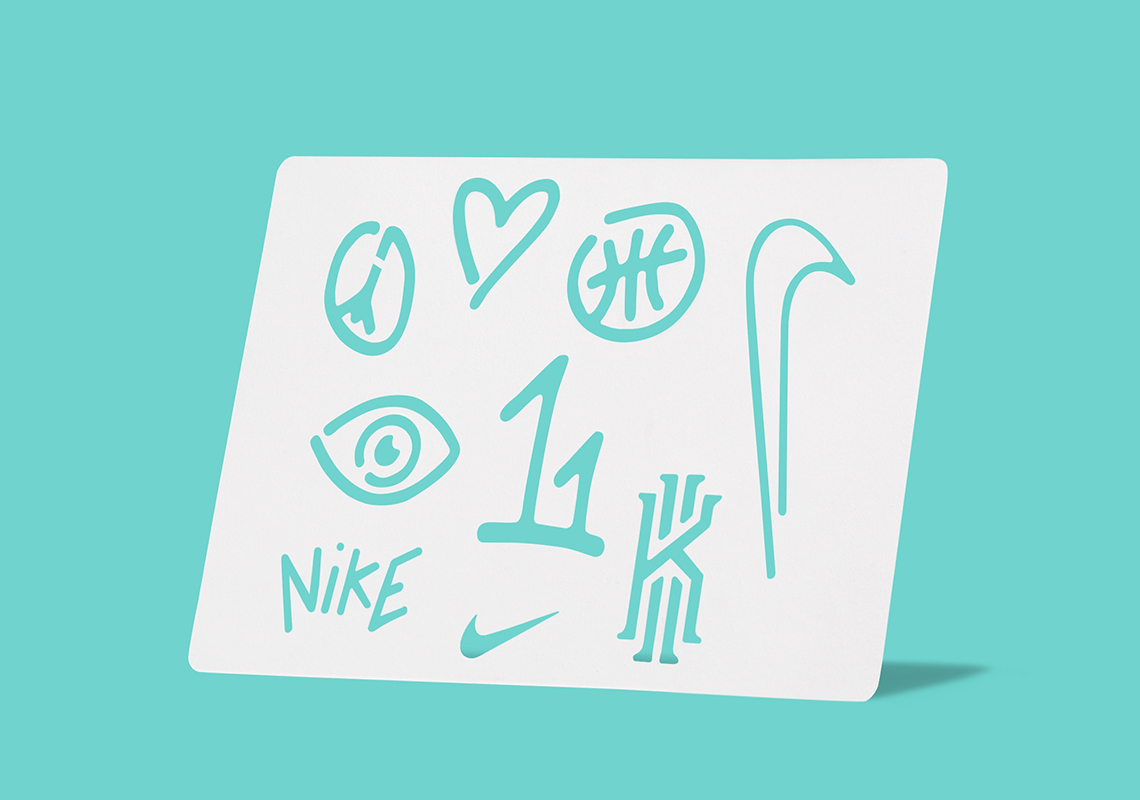