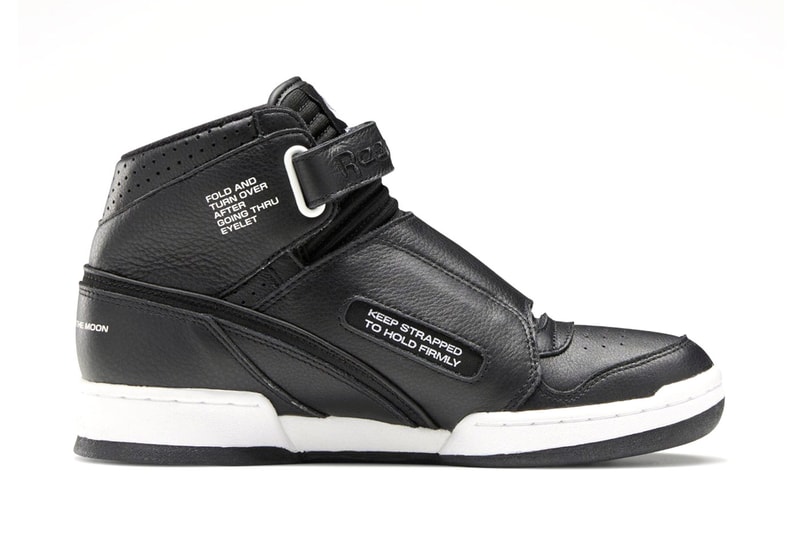 The Alien Stomper was first introduced more than three decades ago, worn on set by Ellen Ripley in 1986 sci-fi action film Aliens. The shoes were eventually released to the public in 2016 for the franchise's 30th anniversary, and a range of collaborations have followed including a Jurassic Park collaboration revealed earlier in July.

Embodying a retro-futuristic aesthetic, the upcoming release features all-black leather uppers with "KEEP STRAPPED TO HOLD FIRMLY" printed on the lace flap, "FOLD OVER AND TURN OVER AFTER GOING THRU EYELET," on the ankle, and "NEVER BEEN TO THE MOON" on the heels. A buckle system runs across the tongue and collars are perforated for added breathability. Mountain Research logos are found on the tongue tab, while insoles feature Reebok branding. Below, a crisp white midsole and widened black outsoles complete the look.

Look for the Mountain Research x Reebok Alien Stomper to arrive on Reebok's website in the coming weeks for $200 USD.