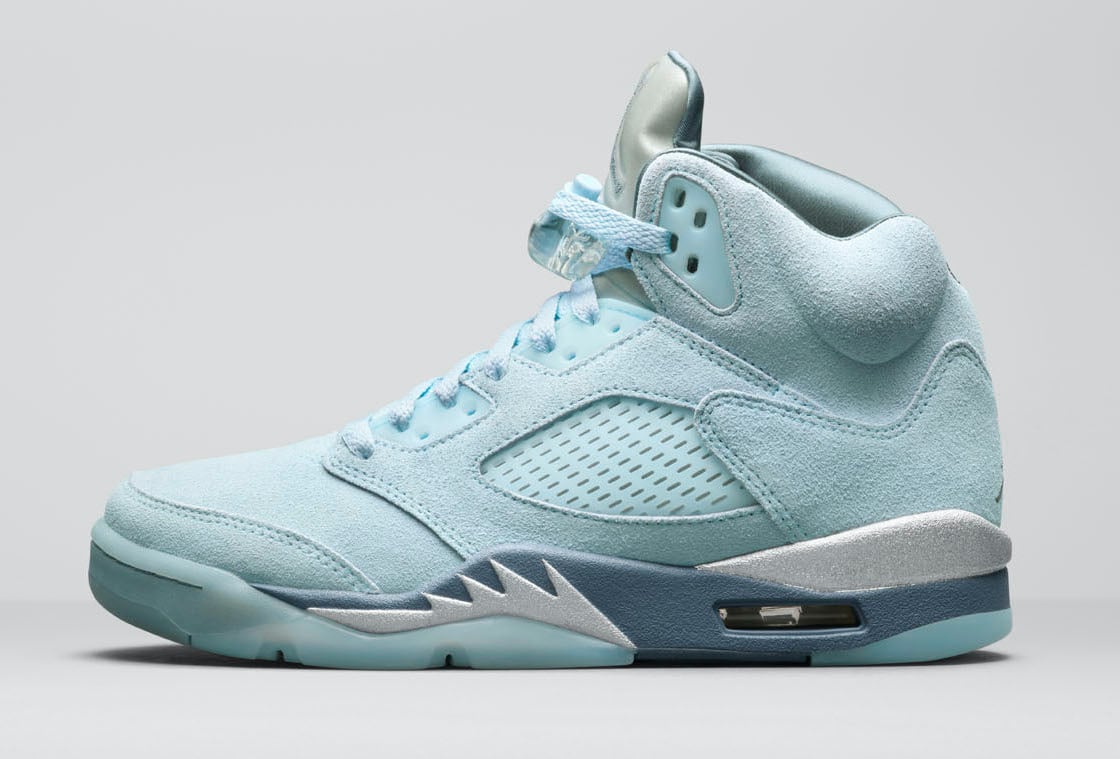 The Air Jordan 5 ‘Bluebird’ will release in women’s sizing, highlighted in Photo Blue, and will launch during Holiday 2021.

This Air Jordan 5 comes dressed in a Photo Blue, Football Grey, Metallic Silver, and White color combination. Although the image used is a photoshop, this is an accurate mock-up of what’s releasing. The pair will feature Photo Blue suede across the uppers while Icy Blue appears on the eyelets. Next, Metallic Silver adorns the tongue, which possibly could use 3M reflective with the same shade on the shark teeth. Finishing the look, a darker shade of Blue covers the midsole and we have an icy translucent Blue rubber outsole.

You can expect the Air Jordan 5 ‘Bluebird’ to release in women’s sizing at select retailers and Nike.com on October 7th. The retail price is $190. As soon as we have more information, we will make sure to update you.

Update (9/13): Jordan Brand has unveiled the women’s Air Jordan 5 ‘Bluebird’ that will drop on October 7th.

The image used is an accurate representation of the ‘Bluebird’ Air Jordan 5 in collaboration with zsneakerheadz. The release date was provided by DJFolk. 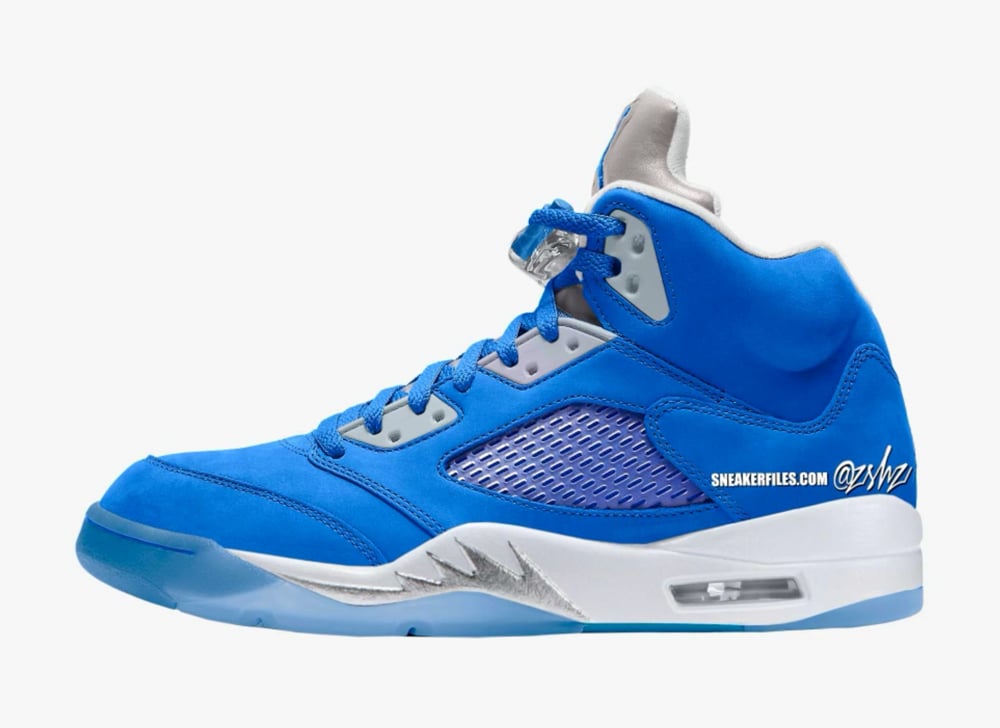 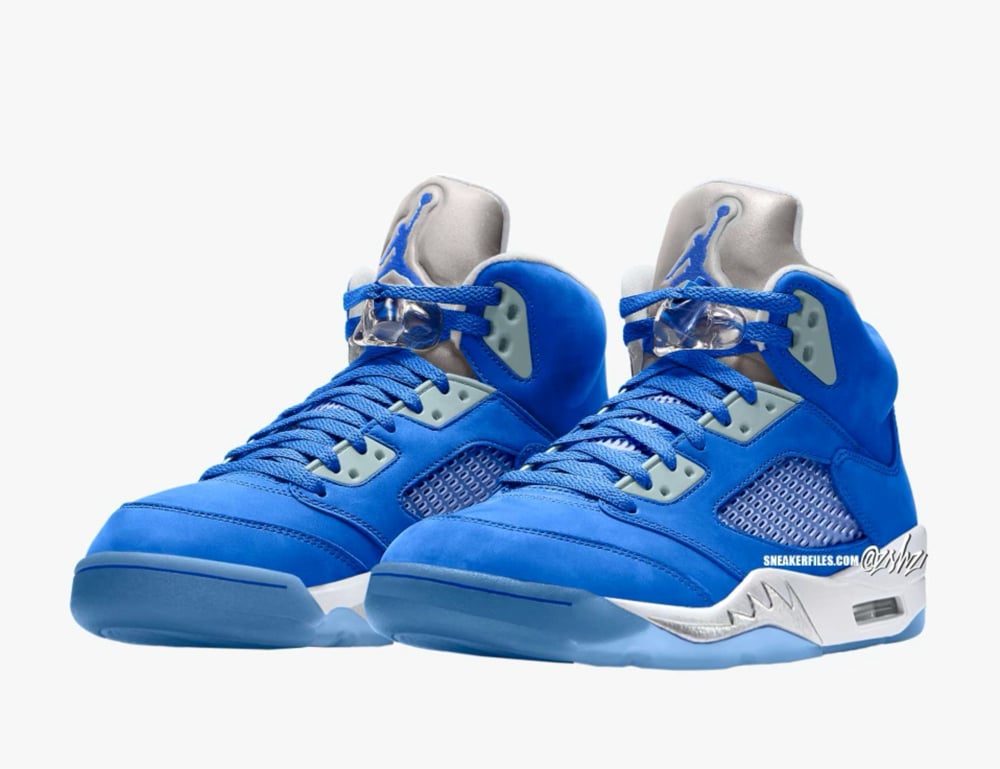