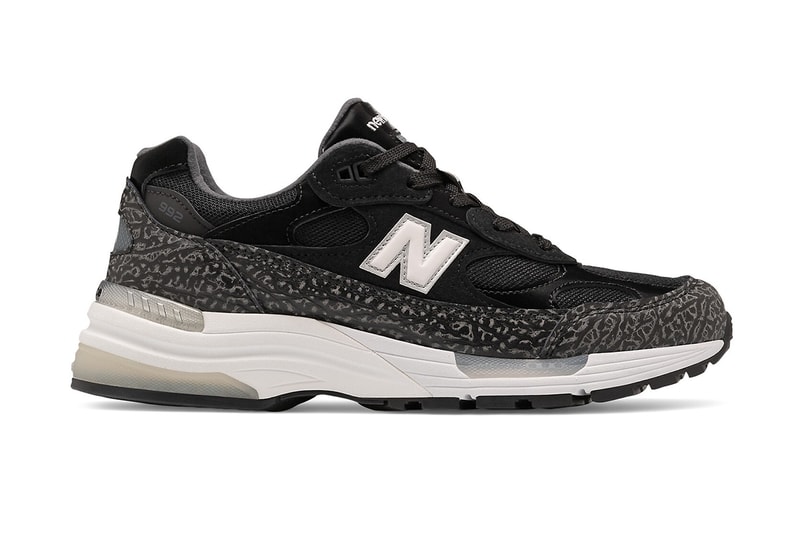 New Balance's lifestyle footwear department has been flourishing in recent years given its output of compelling collaborations and its slew of staple GR colorways. And the latter is slated to increase by an enormous amount of new iterations in this latter half of the year, one being this New Balance 992 that's formed with elephant printed mudguards and overlays.

Based off of the palette that this latest iteration utilizes, it somewhat channels the mood of the famed Air Jordan 3. Up top, the base layer makes use of a solid black hue to cover the underlying mesh, suede overlays, laces and the tongues. Notes of white contrast through the New Balance branding that rests on the tongues as well as the "N" insignias that are positioned on the mid-foot of the lateral and medial sides. Cement-like graphics are done up with black backdrops and dark gray cracks that mimic the aforementioned Jordan Brand model. Completing its design are chiseled midsole units that appear in white followed by black outsoles.

Interested in copping? You can purchase a pair right now via the Saks Fifth Avenue online store for $190 USD.

In other sneaker-related news, the New Balance 2002R has just dropped in six striking colorways.