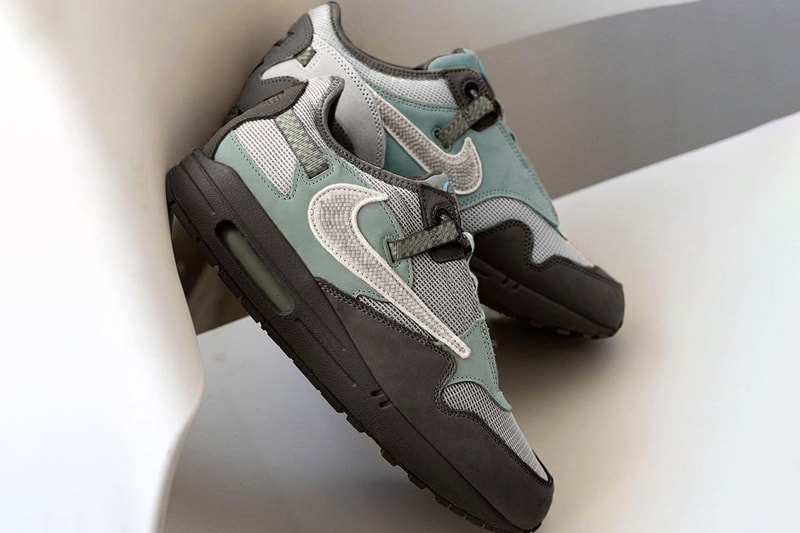 At this point, Travis Scott has arguably become the biggest icon in pop culture to collaborate with. Outside of making chart-topping hits, the H-Town rapper tends to draw just as much, if not more attention by his footwear collaborations with Nike and Jordan Brand, the former of which is slated to expand with five Air Max 1 colorways. After closer looks at his "Wheat" and "Baroque Brown" surfaced, we now have an early look at the Travis Scott x Nike Air Max 1 "Cave Stone."

Unlike the aforementioned offerings, this iteration rids of the earthy tones and gravitates towards cooler hues. Its titular shade does most of the heavy lifting here by covering the overlays that sit on the quarter panel and on the forefoot, while the mesh underlays and the Swooshes that affix to the lateral and medial sides contrast with a light gray. Hits of charcoal also appear on the heels and mudguards, and the midsoles and treading are identically styled with a black exterior. Checkered banners that color-block between a dark gray and "Cave Stone" also add more flair on the heels and near the collars.

A release date is still unknown, but it's likely that Nike will drop these during the holiday season.