Jordan brand… these need to be mandatory next spring or summer season! Sneaker blog HouseofHeat debuts their concept of the Air Jordan 5 Alternate 90. Historically the Air Jordan 5 model has been a legendary silhouette, with the majority of the colorways selling out almost instantly. The sneaker silhouette was worn by Michael Jordan in his ’89-’90 season one year before he won his first championship in 1991defeating the Lakers. The model has been seen worn by artists, actors, and of course, athletes on and off the court. This concept includes a predominantly white sneaker with red accents on the rear midsole, teeth, sock liner, and Jordan and Nike air branding on the heel and tongue. Finishing the sneaker with lastly a translucent blue outsole setting off the summer look and would also get better with age over time. Obviously, no set release date, but the concepts are meant for the sneaker brands to turn the ideas into realities, and releasing an alternate Air Jordan 5 would be eaten up by sneaker consumers instantly!

WHERE TO BUY AIR JORDAN 5 RETROS 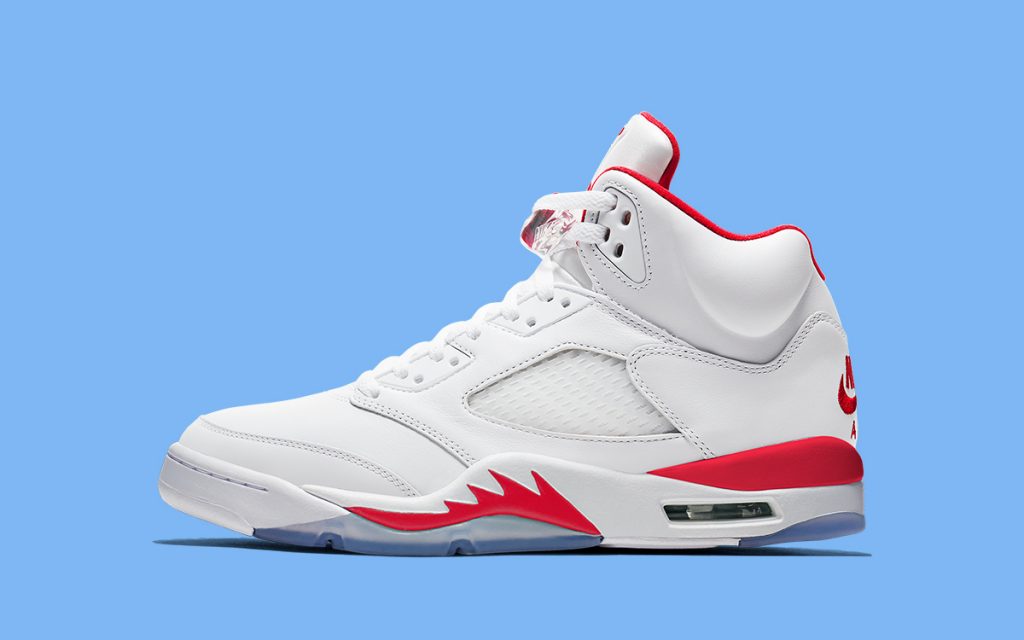